Army lieutenant to be ousted over TikTok Holocaust jokes 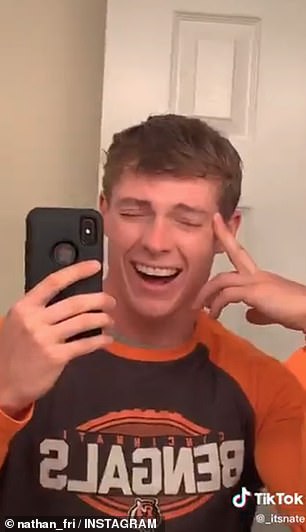 Army lieutenant with 3.8million followers on TikTok ‘will be kicked out’ of the military after he made ‘jokes’ about the Holocaust on the social media site

The US Army is poised to remove a lieutenant from the service over his comments making light of the Holocaust on TikTok, where he has amassed a 3.8million following.

Lt Gen Michael ‘Erik’ Kurilla, the commander of the Army’s XVII Airborne Corps, has recommended that Second Lieutenant Nathan Freihofer be ousted from the Army following a five-month investigation into his August 28 TikTok post.

Freihofer, a field artillery officer stationed at Fort Stewart, Georgia, posted the video that was later removed by TikTok. 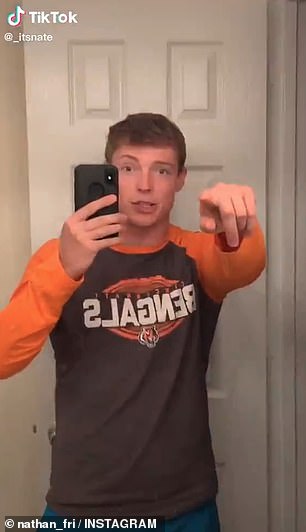 Army 2nd Lt Nathan Freihofer is facing the prospect of being booted from the military for making a joke on TikTok making light of the Holocaust in August. ‘If you get offended, get the f*** out because it’s a joke,’ he says in the clip 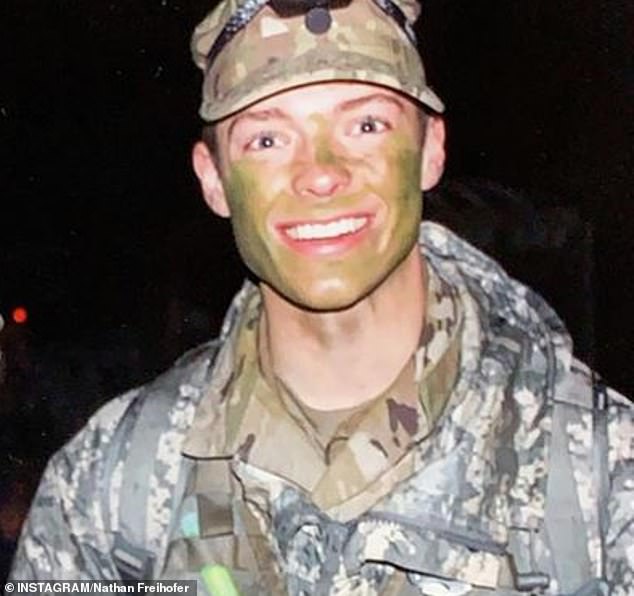 In the brief clip, Freihofer jokes that of all the Pokemon characters, Jews would be most fond of ‘Ash’ – a reference to Ash Ketchum, but also to the incineration of men, women and children in Nazi death camps.

Freihofer appears eager to provoke a reaction, telling his followers: ‘If you get offended, get the f*** out because it’s a joke.’ 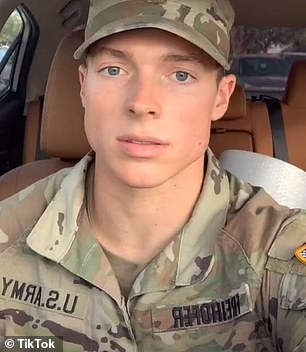 During a five-month investigation into his conduct, Freihofer was stripped of leadership roles within the 3rd Infantry Division

In the wake of the backlash sparked by the officer’s comments, Freihofer was stripped of leadership roles within the 3rd Infantry Division, reported Stars and Stripes.

Kurilla found Freihofer’s statement to be ‘inconsistent with the values of Army service and inappropriate for anyone in a position of leadership over American Soldiers,’ said Army Col. Joseph Buccino, a spokesman.

Based on that assessment, which was informed by conversations with the officer’s superiors and a review of his military records, the commander last month initiated the process of separation.

Freihofer has two weeks to present a final argument defending himself before he can be removed from uniform, Buccino said.

The lieutenant has emerged as a prolific and popular social media influencer on both TikTok and Instagram, frequently posting videos and photos of himself working out, singing, or sharing inspirational messages with his legion of followers.

His most recent post on Instagram from three days ago shows the officer modeling a sweatshirt by the streetwear brand Rawgear, which he has been promoting.

DailyMail,com on Tuesday reached out to the company seeking comment on its relationship with Freihofer in the wake of the controversy. 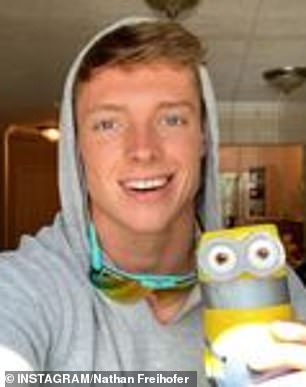 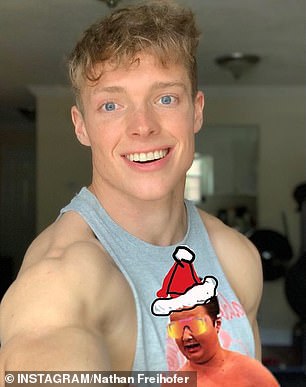 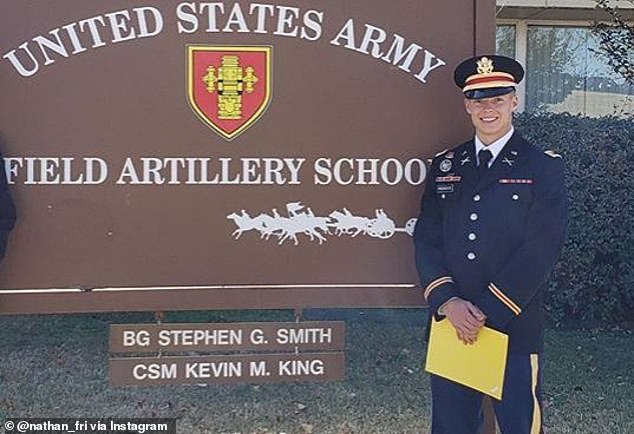 Freihofer has two weeks to present his final argument defending himself

His video featuring the tasteless Holocaust joke was removed by TikTok for violating the company’s policies against hate speech.

Reaction on social media was swift as outraged Twitter users demanded that the Army take action against Freihofer.

‘Lt. Nathan Freihofer’s “joke” is not only offensive, it dishonors the memory of hundreds of thousands of American soldiers who paid the ultimate sacrifice in the fight against Nazi tyranny,’ the American Jewish Committee tweeted at the time.