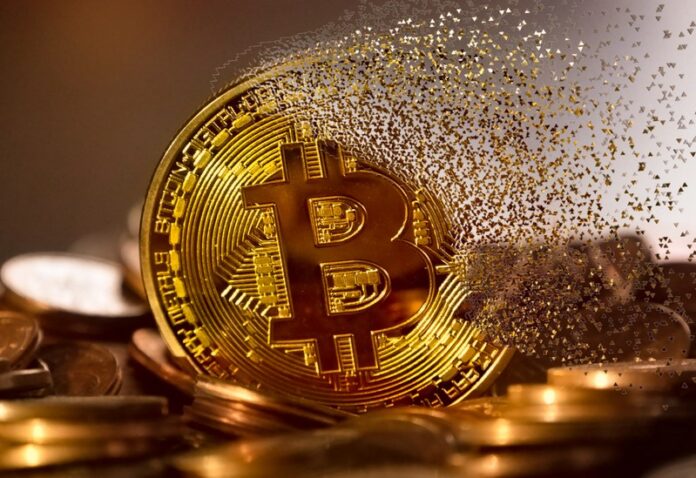 Bitcoin and other cryptocurrencies are no longer a novelty. They are accepted as a payment method in a lot of different industries and they are considered to be a great investment opportunity as well. This also means that the gambling industry has taken notice of cryptocurrencies and many casinos are offering gambling in bitcoin as one of the payment options.

As is the case with most innovations there are upsides and downsides to using cryptocurrencies. Most casinos will probably lend on the decision that the benefits outweigh the cons.

One of the biggest perks of bitcoin gambling is the decentralized nature of the currency itself. No one can take away or freeze your bitcoin e-wallet. That’s simply because there’s no central authority that regulates bitcoin since it’s not a currency that’s issued by any governmental institution.

Since many problems can come about from central banks imposing rules in regards to currency, bitcoins have come up as an alternative that doesn’t rely on central banks at all. Instead, the value of the cryptocurrency is determined by the markets.

Another advantage that comes with the use of bitcoins as a payment method is in the security it provides. When you gamble online there’s always a concern that you may run into a scam and not get paid. This isn’t something that happens when the payments are done instantaneously and automatically.

There’s also no need to provide any personal information in order to make and receive these payments. That’s an important feature these days and now players are looking for ways to make the payments while staying safe and secure online.

When it comes to traditional payment methods, the players are used to delays and waiting periods. That’s because banks can impose such waiting periods and use the funds provided by the players for other purposes as well. There are also fees involved and they chip away at your winnings each time you make a transfer.

However, this isn’t the case when you’re using bitcoin. The transfers are fast, in fact, they are instantaneous and there are no additional fees since there are no other institutions involved in the process. This can mean a lot when you need to make or withdraw a payment right away.

Taxation is one of the biggest concerns that a player has, as is the case with making any other gains. Tax regulations vary from country to country and they also depend on where the casino itself is based. This lays additional benefits of using cryptocurrencies as a payment method.

The payment method is still new and therefore the regulation in regards to how to tax them is often lagging behind the practice. This sometimes means that you can get away with a much lower taxation level when you’re paid in bitcoins.

One of the biggest cons of using bitcoin as a payment method comes from the fact that its value is volatile. That’s because bitcoin itself doesn’t have value outside of the market. That means that the value of your payment can change over time in both directions.

There have been both crashes and big upswings of value when it comes to bitcoin. As is the case with most investments, dumping the currency when it’s dipping, will lead to its value dipping even more. Sometimes, it’s best just to wait a while and wait for the next wave and get your value back.

Since cryptocurrencies are still new and all the market players are adapting to them, there’s room for changes and you need to be prepared for it. As the governments are becoming more aware of the cryptocurrencies markets, taxation, as well as other regulation, will start applying to it as well.

It’s therefore useful for those who gamble and get paid in bitcoins, to be aware of the changes in regulations and to stay on top of them as much as it’s possible to do so. That way you won’t be surprised by an additional fee or payment you’ll have to make.

Not All Institutions Accept It As A Payment Method

Even though bitcoin isn’t exactly new and there’s a big industry behind it now, some institutions still won’t accept it as a payment method.  That’s true for some casinos but also for other institutions that a player may want to use after transferring their winnings.

That means that using this payment method may be somewhat limiting and that’s something players should be aware of, if this is the only method they plan to use. Chances are that this will change soon and that more institutions will accept bitcoins in the years to come.

This is often seen as one of the best features of using bitcoin. It is what makes it attractive to most users and there’s a need for a payment method that will stay out of reach of most governmental institutions and payment providers. However, it’s also one of its downsides.

When there’s a fraud or a mistake and you want to trace your payment in order to correct the issue there’s very little that you can do. Sometimes this will leave you without resources when it comes to correcting or solving the problem, since there are no SOFTSWISS codes to use.

Metaverse: The New Reality in the Healthcare Industry