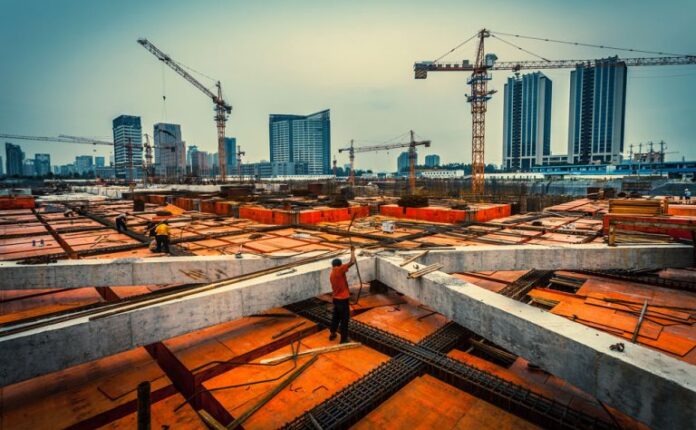 Construction materials are in low supply in the UK, putting DIY projects in jeopardy and putting construction businesses under strain.

Concrete, some wiring items, decking base, lumber, iron, and coatings, according to the Construction Leadership Council, are already in limited supply.

It attributed the problem to “historic rates of demand,” which are expected to prevail.

According to the Federation of Master Builders, some construction firms may be compelled to postpone projects, while many have been forced to shut down.

“We can’t pave our path to recovery from the lockdown if we don’t have enough supplies.”

According to Cook Blissett, general director of architectural company Q-Design, people should put off home remodelling tasks until autumn.

“The last thing you would need is to tear down a wall and afterwards experience hardships in your bid to get your hands on a container of plaster to finish your project,” he added.

A lot of reasons contribute to the supply shortages. Since the lockdown was lifted, the building industry has seen a spike in projects, causing demand for already dwindling supplies to rise.

Some problems impact certain products, like the deck building materials and the interior decoration products, plastic, and polymer manufacturing.

“Shipping prices have gone up rapidly due to a scarcity of cargo containers from Covid-19-related challenges and the rapid rebound in market growth,” he told us.

With worldwide demand growing and the UK sourcing almost all of its raw materials overseas, order delivery dates are longer and prices are rising.

Following a recent leakage, Hayman Bell, a resident of Bedford, has spent eight months waiting for his toilet to be fixed.

However, due to difficulties finding materials and general contractors, he told us that he could no longer pay the astronomical rates he was being charged.

He’s been trying to have the repairs completed since August.

“We’ve gone to B&Q, a handful of other outlets, plumbers, and a half-dozen contractors.

“Either the price of the supplies has become too exorbitant, the rate of manpower excessively high or supplies are hard to source for.”

Demand that has never been seen before

“With regard to materials, it’s quite difficult. It’s unlike anything we’ve seen yet,” according to Letitia Opia, senior director at Private Cave, situated in Micklegate in York, which creates campsites, travel trailers, and vacation cottages.

“The first factor is the scarcity of materials and bottlenecks that we’ve witnessed through the terminals due to cargo container unavailability.” she stated.

The second factor is escalating costs: “Raw material costs are rising because there ‘s now a tremendous appetite for products.”

Domestically, she says, the surge in activity has really not helped. “Huge numbers of homeowners are undertaking renovations such as kitchen updates and it is all depleting the materials for construction.”

“This is unparalleled,” said Spencer Kai, marketing head at Timber Nation, a wood wholesaler. “The enormous quantity of timber which is being ordered at the time, they are trying to catch up with it in Scandinavia, where we acquire almost all of our materials.”

His company, headquartered in Horsforth in Leeds, bids for timber alongside companies worldwide and is “forced to queue up,” he claimed. “It’s creating a big impact on prices, on the cost of raw materials and consequently the delivery schedules as well.”

Is the current state of affairs set to continue? He stated, “We’re very sure that the situation won’t change for the remainder of this year,”

Why Would People Choose to buy Building Materials Online