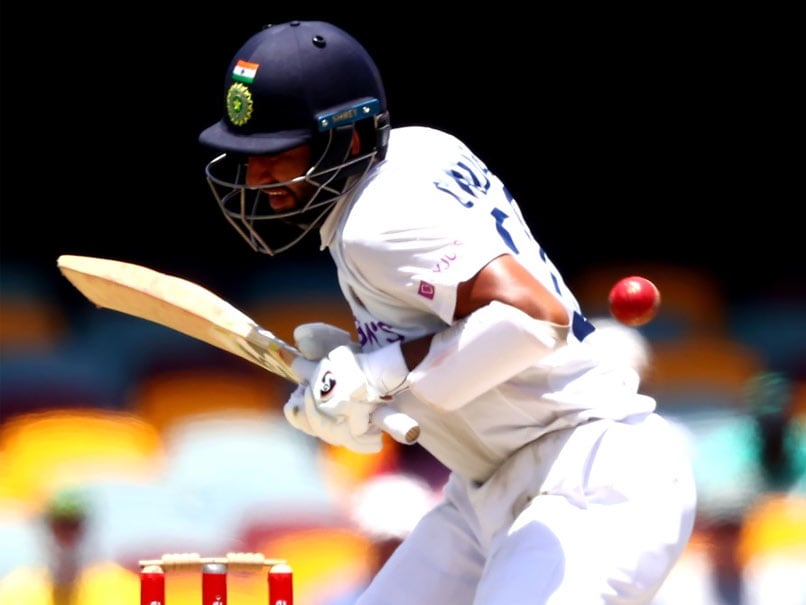 
Cheteshwar Pujara’s grit and resilience was tested time and again by the Australian bowlers in the fourth innings of the Gabba Test but they couldn’t shake his confidence and he went on to score a crucial half-century, laying the foundation for India’s historic win. Despite coping several body blows, Pujara stuck to his game plan and tired out the Australia bowlers for close to two sessions. Talking about his match-defining knock, Pujara said that it was not easy for him to bat with a finger injury in the last two Test matches in Sydney and Brisbane. He also said that after getting hit on the finger on Day 5 of the Gabba Test, his pain got further aggravated and made it difficult for him to grip the bat properly and he had to grip the bat with four fingers.

“Also, with the finger injury it wasn’t easy for me to bat. I was in some pain. This happened during one of the practice sessions in Melbourne,” Pujara said in an interview with the Hindustan Times.

“When I was batting in Sydney and Brisbane, it wasn’t easy to grip the bat properly. When I got hit again at Brisbane, there was more pain. I had to grip the bat with four fingers. It wasn’t natural. Things still worked out pretty well,” he added.

Pujara said given the match situation he didn’t want to give away his wicket to the Australian bowlers and allow them to put India’s middle-order under pressure. Pujara acknowledged that he is not the best players of a pull shot, hence decided not to take on the bowlers on and get out in the process.

“In the second innings that I was playing, taking it on wasn’t a great option, considering the match situation. My pull-shot is not one of the best. It’s not that I can’t play a pull shot, but I wouldn’t risk it at that point of time.

“The way the game was positioned, my wicket had more value than getting a couple of boundaries. Also, defending the ball or getting on top of the bounce was risky,” said Pujara, explaining his game plan on the fifth and final day of the Brisbane Test.

Pujara’s gritty 56 came off 244 balls in the fourth innings as India chased down a 328-run total to complete a remarkable turnaround and clinch the Border-Gavaskar Trophy 2-1.