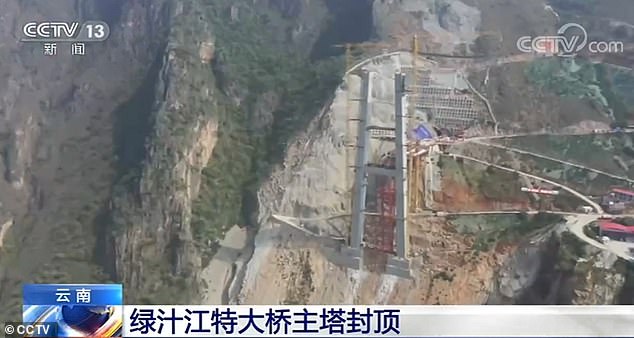 By Billie Thomson For Mailonline

Chinese engineers are building a massive bridge on two cliff faces to link a remote river valley to the rest of the country.

Rising above the fast-flowing Lvzhijiang River, the bridge’s only tower topped out at 156 metres (512 feet) on Tuesday, marking a breakthrough for the bridge’s construction, according to the construction team. 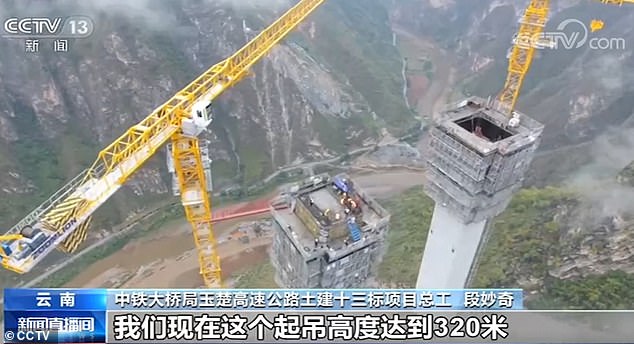 The bridge’s tower topped out at 512 feet on Tuesday, marking a breakthrough for the project

China Railway Bridge Bureau, the state-run firm in charge of the project, said the four-lane structure would be the world’s largest single-span, single-tower suspension bridge with a steel support beam.

It is also the first bridge of its kind in the country, which has been erecting dozens of huge traffic links in far-flung, and often mountainous, regions to modernise its transport infrastructure.

The completion of the tower meant that workers had finished 60 per cent of the overall construction of the bridge, reported Chinese state broadcaster CCTV. 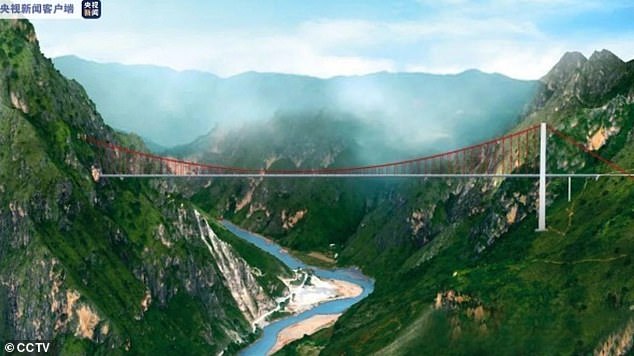 Duan Miaoqi, the bridge’s chief engineer, said the near-vertical cliff faces along the river valley posed a challenge to his team.

He told CCTV that workers had to build the box girder – a support beam of a bridge – by assembling prefabricated parts at the bottom of the valley before lifting them using a giant crane.

‘Our lifting height is 320 metres (1,050 feet) now. This is very rare in our country,’ Mr Duan said. ‘Therefore, we will have to give special consideration for the steel cables and lifting speed to meet safety standards and our deadline.’

The Lvzhijiang Bridge connects two mountain tunnels on both sides of the Lvzhijiang River Valley and is a key section of the 190-kilometre-long (118-mile-long) Yuchu Expressway joining Yuxi City and Chuxiong Prefecture. 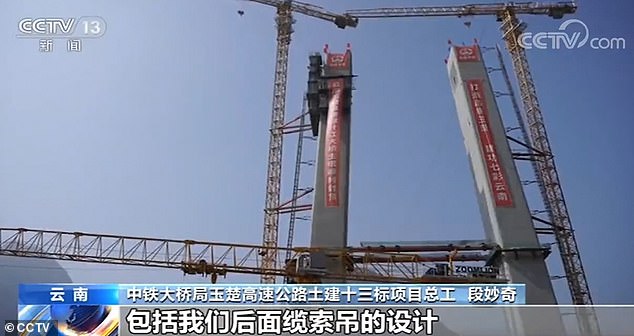 Chief engineer Duan Miaoqi said workers had to use a 1,050-foot-tall crane to build the bridge 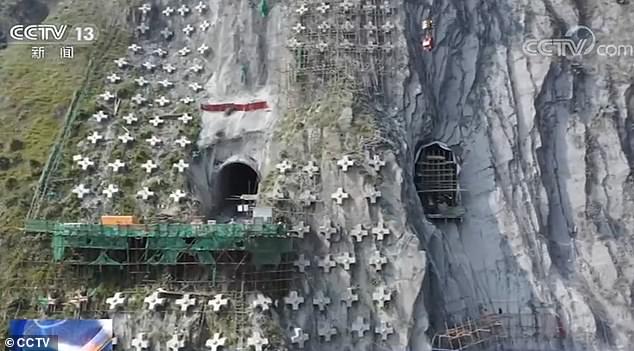 The Yuchu Expressway, which is expected to complete in July 2021, can halve the travelling time between Yuxi and Chuxiong from three to 1.5 hours.

It is part of three major national expressways, including the G60 Shanghai-Kunming Expressway which links the financial hub in eastern China to the capital of Yunan Province 2,360 kilometres (1,470 miles) away.

Both the Lvzhijiang Bridge and the Yuchu Expressway are designed to bring an economic push to the mostly agricultural region. 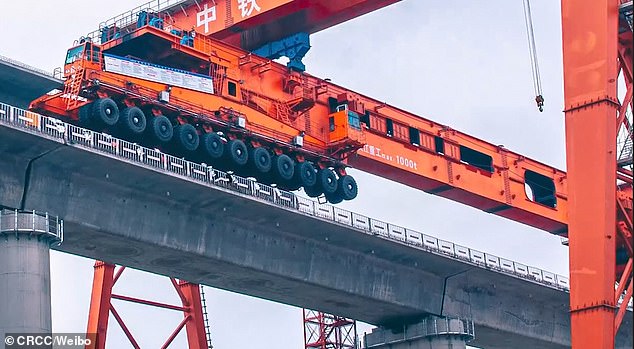 The mega-machine is said to be capable of erecting a 1,000-tonne support beam of a bridge

The news came after China last week unveiled a mega bridge-building machine that was expected to construct high-speed railway overpasses faster and cheaper.

The Kunlun is capable of erecting a 1,000-tonne box girder with a maximum span of 40 metres (131 feet), according to the government.