All In It Together

In the past few years, there has been a boom in books of contemporary history.

Having written books about Britain in the 1970s (Crisis? What Crisis?), the 1980s (Rejoice! Rejoice!) and the 1990s (A Classless Society), Turner has now turned his attention to the first 15 years or so of the 21st Century. Reading it is almost like an out-of-body experience, in which you realise that your life and times will one day be as ancient to others as the Neolithic period is to us. 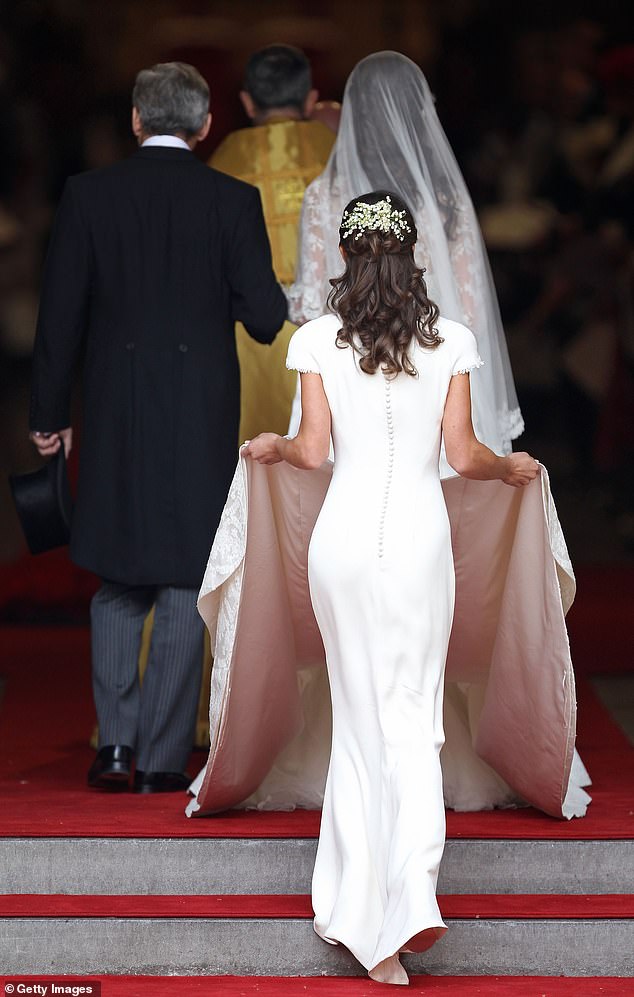 Reading All In It Together is almost like an out-of-body experience, in which you realise that your life and times will one day be as ancient to others as the Neolithic period is to us

Pippa Middleton’s bottom, the dodgy dossier, the millennium bug, Cleggmania, the duck house, Northern Rock, the nasty party: these half-forgotten items resonate like the songs of yesteryear. Big, bad or bouncy, they drag us back to a time that seems more innocent, perhaps because we were so much younger back then, and had no idea what was going to happen next.

Authors of recent history have a tricky path to tread. Without a theme, their books can descend into a splurge of unrelated events, one thing after another. But if they impose a theme too heavily, the finished product can seem bogus, or more like a piece of propaganda, a vehicle for its author’s prejudices.

But Alwyn Turner gets it just right. He interweaves various themes into the narrative – England’s increasingly troubled relationship with its past, the growing disconnect between the political classes and the people they serve, the United Kingdom’s loss of a sense of itself as united – but at the same time he keeps it all sprightly and organic, free from the sort of shouty opinionising that makes BBC Question Time such a dreadful bore.

In his introduction, Turner makes it clear that he won’t simply concentrate on senior politicians and the big events. Instead, he will dwell quite happily in the margins. ‘Figures such as Robert Kilroy-Silk and Ann Cryer loom larger than do some chancellors and foreign secretaries. On the other hand, popular culture, whether in the form of Life On Mars or the bakery chain Greggs, matters more than the winners of the Booker or Turner Prizes.’ 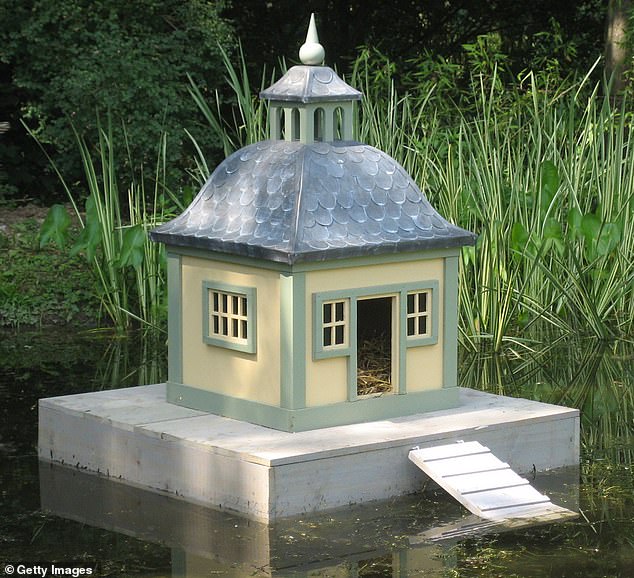 Pippa Middleton’s bottom, the dodgy dossier, the millennium bug, Cleggmania, the duck house (above), Northern Rock: these half-forgotten items resonate like the songs of yesteryear

In one section, he compares the peculiar careers of George Galloway and Robert Kilroy-Silk. Both were clever Labour MPs with a strong sense of their own worth; both dreamed of high office; both had a taste for the good life; both were lured by the vain rewards of reality TV; both broke away to form their own cranky political parties; and both ended up as figures of fun, so marginalised as to be forgotten.

Turner is wonderfully shrewd in his assessment of their characters. ‘As so often with men of frustrated destiny (David Owen, Jeffrey Archer), there was with both of them the sense that a snarl lay just beneath the surface charm.’

He is also a beady researcher, possessing an eagle eye for the pertinent detail. For instance, he homes in on what a canny moneymaker Kilroy-Silk was: ‘The material compensation was indeed impressive: a handsome salary from the Kilroy Television Company, which made his show, was topped up by income from Kilroy Executive Cars, which had the contract for bringing the guests to the studio. Altogether, the accounts for him and his wife in 2002 showed earnings of £1.2 million in “presenters and consultancy fees”.’

In a particularly brilliant chapter, Turner compares the blunt-talking working-class comics Bernard Manning and Roy ‘Chubby’ Brown with their posher, university-educated equivalents such as Jeremy Hardy and Jimmy Carr, who looked ‘like a model in a 1961 Burton’s menswear catalogue’. All these comedians based their careers on saying the unsayable, but it was only the university boys who were allowed on to television. Manning and Brown were both dropped from television, and Brown was even barred from some council-owned theatres. 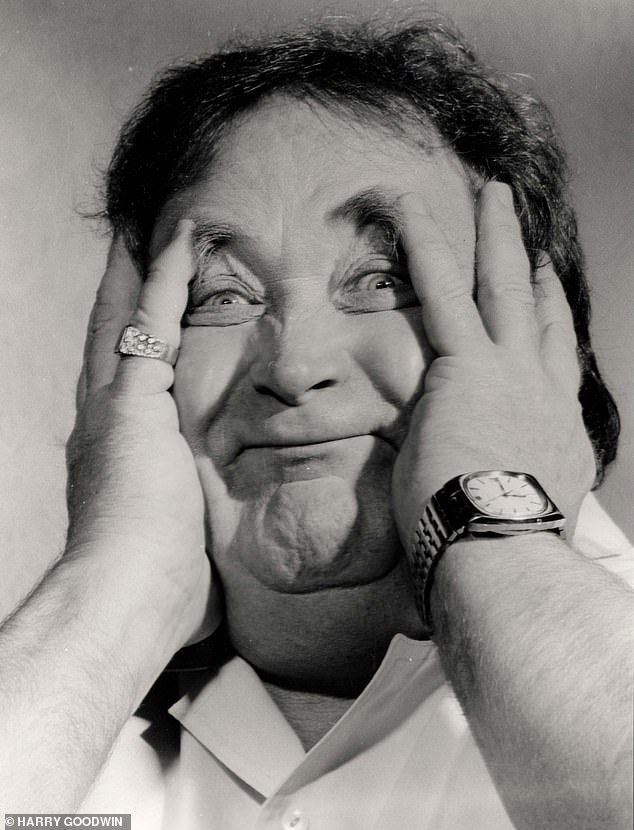 In a particularly brilliant chapter, Turner compares the working-class comics Bernard Manning (above) and Roy ‘Chubby’ Brown with their posher, university-educated equivalents

‘In addition to their educational role, universities passed on orthodox values of liberal decency,’ writes Turner. ‘In the context of comedy, a degree certificate was a licence to laugh at taboos, because it proved you knew why those taboos were important and could be trusted to place an ironic fig leaf over the offending areas.’

He provides convincing evidence to bolster this insight, showing the similarity of jokes about rape delivered by Chubby Brown and Jimmy Carr. But only the middle-class Carr could get away with it, because it was assumed that, with a voice like that, he couldn’t really mean it.

Turner additionally points out how forgiving the BBC was after the Radio 4 panel-game veteran Jeremy Hardy declared: ‘If you just took everyone in the BNP and everyone who votes for them and shot them in the back of the head, there would be a brighter future for us all.’ The average Radio 4 listener might think that this was some sort of call to kill those one disagrees with, but no: ‘He wasn’t inciting anyone to violence,’ explained the BBC. ‘He was lampooning the attitudes of the Left and its attempts to rationalise all types of behaviour and views.’

Parliament was another area where a particular kind of class played a central role. To the outsider, Cameron, Clegg, Osborne, Balls and Ed Miliband all seemed much of a muchness. ‘This was very much the modern trend: educated, metropolitan, middle-class young men with a plausible, unstuffy manner and a promise of managerial competence.’ Small wonder, then, that voters increasingly saw Parliament as a state-sponsored cabal, designed to keep them from having their way. The MPs’ expenses scandal served to foster this growing sense of us and them.

Turner devotes a large amount of space to the man who took them on. His pen-portrait of Nigel Farage is characteristically sharp. ‘Farage’s image was… that of a late-1970s chancer: pinstripe suit, cigar in one hand, glass of malt in the other, the kind of man who’d bunk off work to go to the races, roar with laughter at off-colour jokes, leave no corner uncut when dealing with taxes and expenses. He gave the impression that, along with Arthur Daley in Minder, he might have an unpaid tab at the Winchester Club.’

The rise in Government interference in private lives continued: surveillance cameras multiplied, cigarettes and junk food were demonised, and private opinions were monitored. Even Tony Blair got into trouble, after an account of the 1999 Welsh Assembly elections, serialised in The Mail on Sunday, revealed that he had railed against ‘the f***ing Welsh’. North Wales Police immediately launched an investigation into whether this was a hate crime. ‘It is not trivial,’ pronounced the chief constable. Turner disagrees. ‘It was, though. It was really very trivial indeed. It was a man shouting at the telly in the privacy of his own home.’

Busybodies had never had it so good. In one of many sparkling footnotes, Turner points out that in 2013 the British Board of Film Classification received its first ever complaint about The Railway Children; 42 years after its release, someone suggested it might encourage children to play on rail tracks.

All In It Together zings along with such telltale facts and figures, often with an injection of black humour. I was pleased to be reminded that, immediately after his death, Sir Jimmy Savile OBE was treated like a saint. ‘The flags flew at half-mast over the Queen’s Hotel in Leeds, where his gold-painted coffin lay in state next to a table bearing sacred relics: a half-smoked cigar in an ashtray, the books from his two appearances on This Is Your Life.’