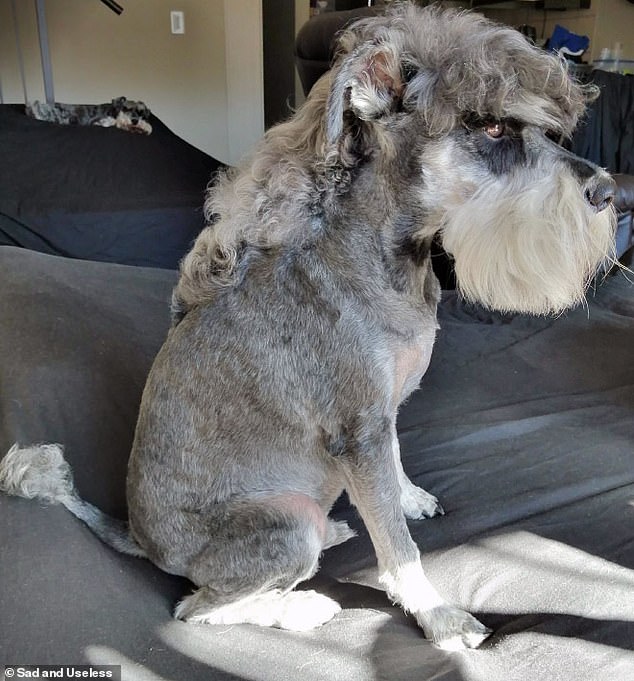 No short bark and sides here! Owners show off their dogs’ 80s-inspired mullets in hilarious snaps – from a preened poodle to a schnauzer who looks VERY unimpressed

By Georgia Simcox For Mailonline

This week owners have been showing off photos of their dogs’ new haircuts as groomers opened their doors for the first time in months.

But these photos prove that not all pups are so lucky when it comes to the trim they’re given.

People from around the world have shared snaps of their dogs with mullet hairstyles popularised in the 80s using #DogMullet – and the best examples were collated in a gallery by Sad And Useless.

Among the unfortunate pooches is a schnauzer who looks deeply unimpressed with his chopped grey locks and a peppy chihuahua wearing a sweet bow tie.

Here, FEMAIL shares some of the cutest examples…

People have been sharing photos of their pets with mullets on social media, including one whose shaved back reveals a curly mullet 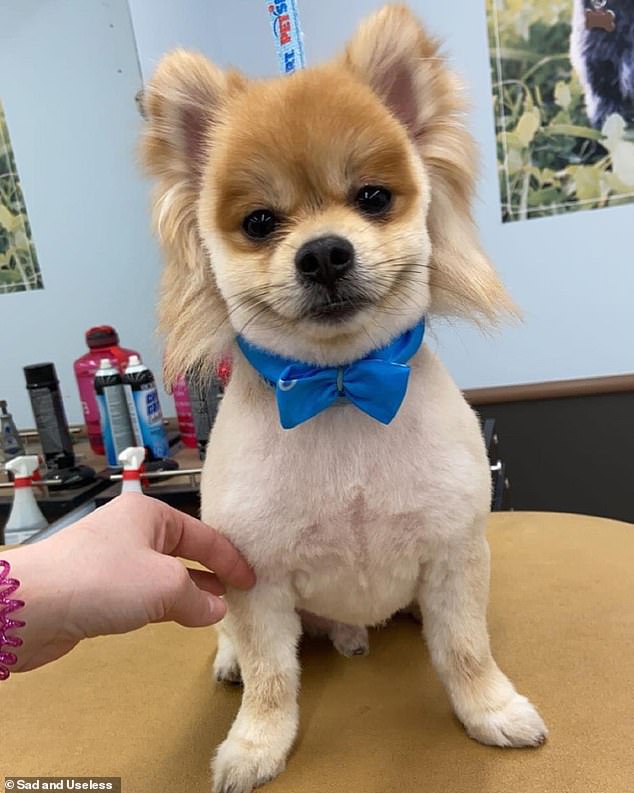 Other pets, including this one in a blue bow tie, have longer, fluffier hair around its face and ears 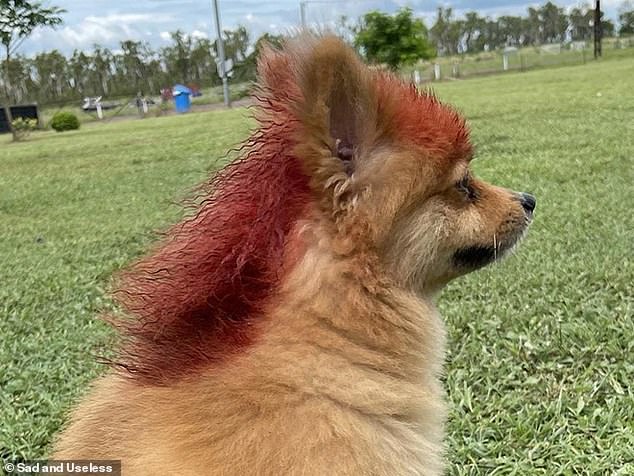 Some even have their mullets died a different colour, with this dog sporting red locks on top of its head and down its back 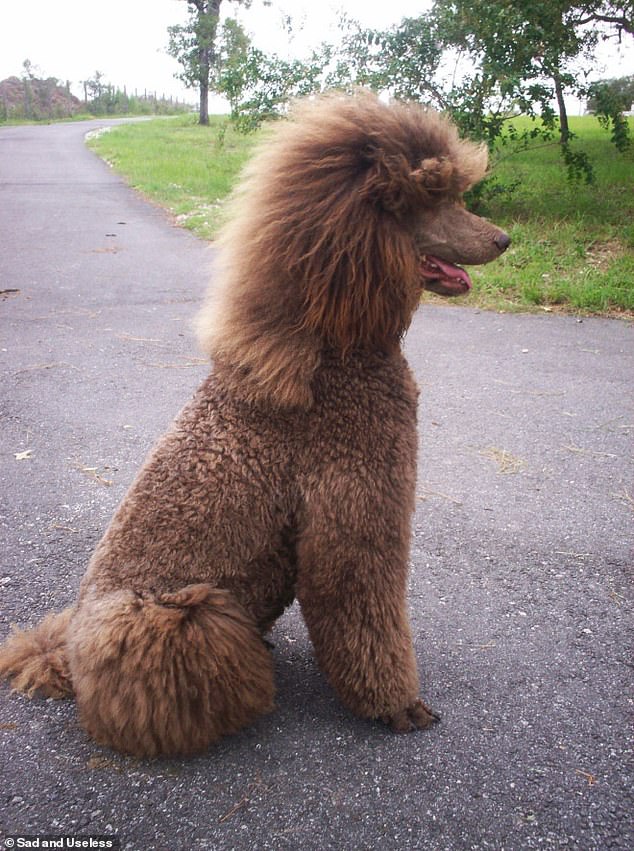 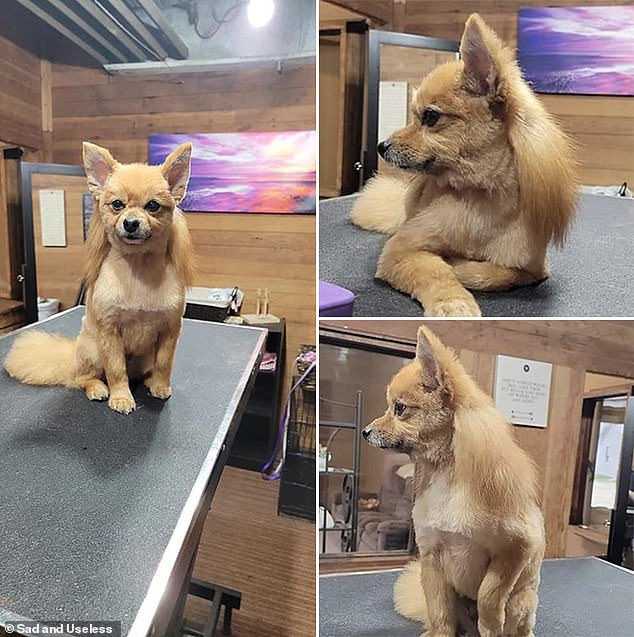 Another posed like it was walking the cat walk, as it showed off its mullet for the camera while relaxing on a table 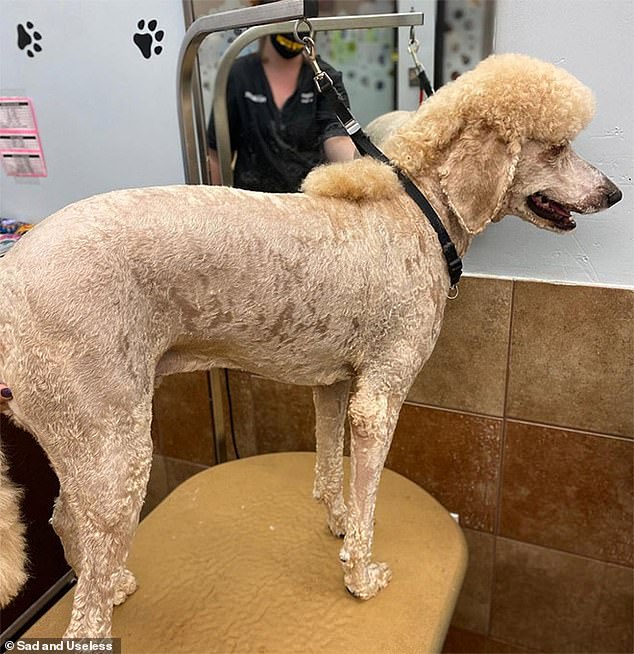 Another poodle had very short hair around his face, ears and body as the hair on the top of its head and going down its back were left longer in the mullet-style 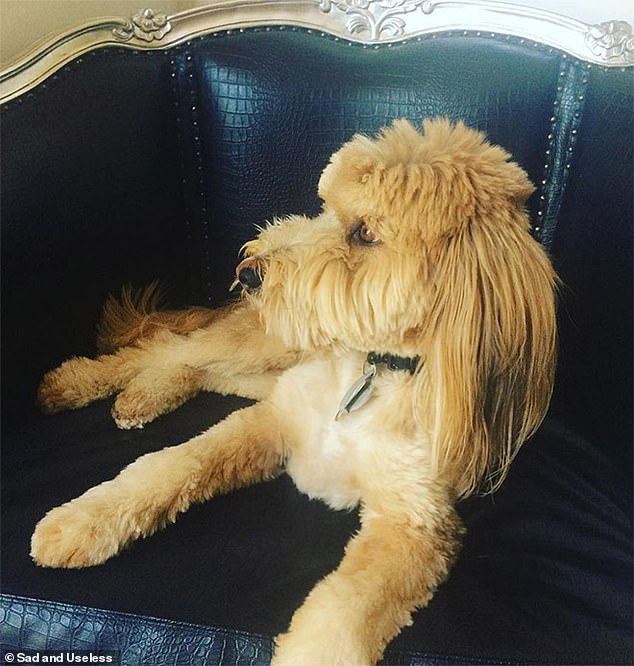 Meanwhile, a cockapoo looked so stylish as it lounged on a leather chair, sporting longer hair on top of its head and ears 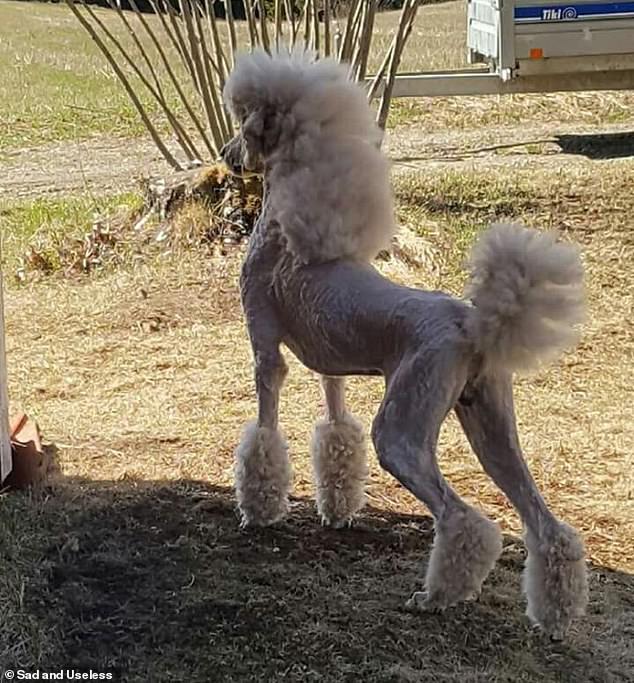 Another poodle had longer hair around its ankles and tail, as it sported very long hair on top of its head and hanging down its back 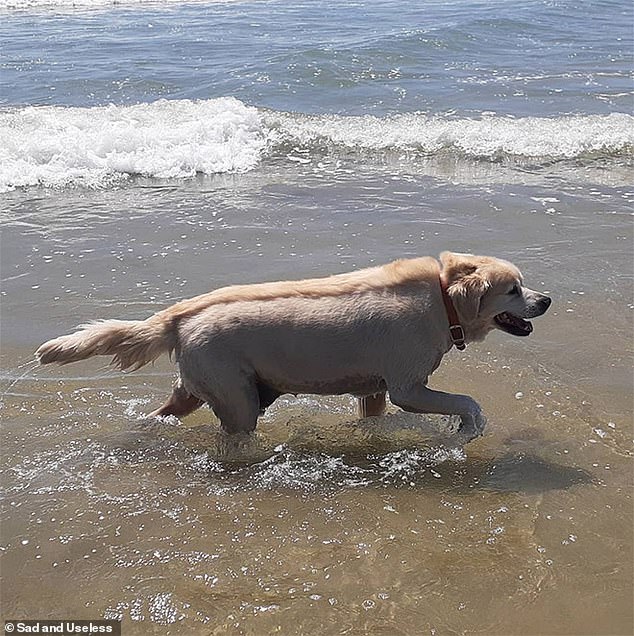 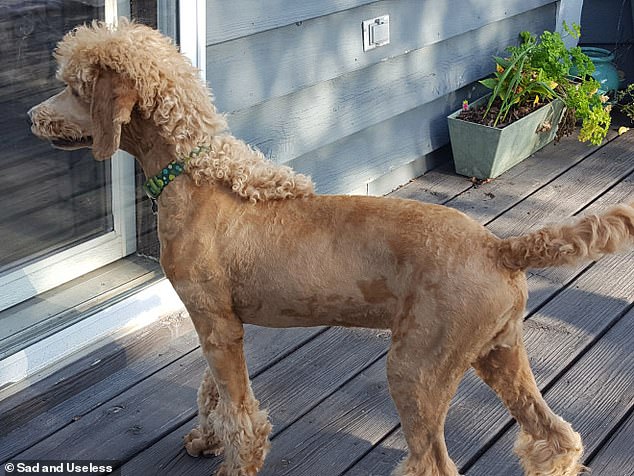 The hairstyle proved popular for poodle owners, as another pooch sported its curly hair in a mullet style, with longer hair on its back and the top of its head than on its body 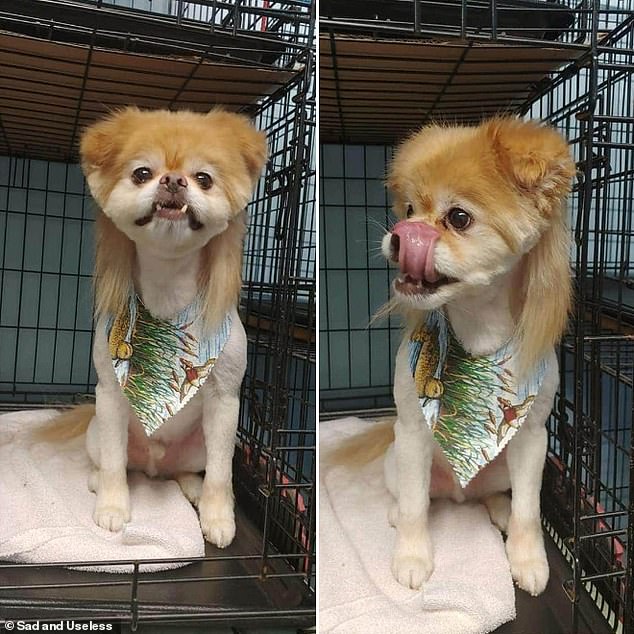 An adorable pooch wore a neckerchief as it showed off his longer hair on the top of its head, ears and around its face 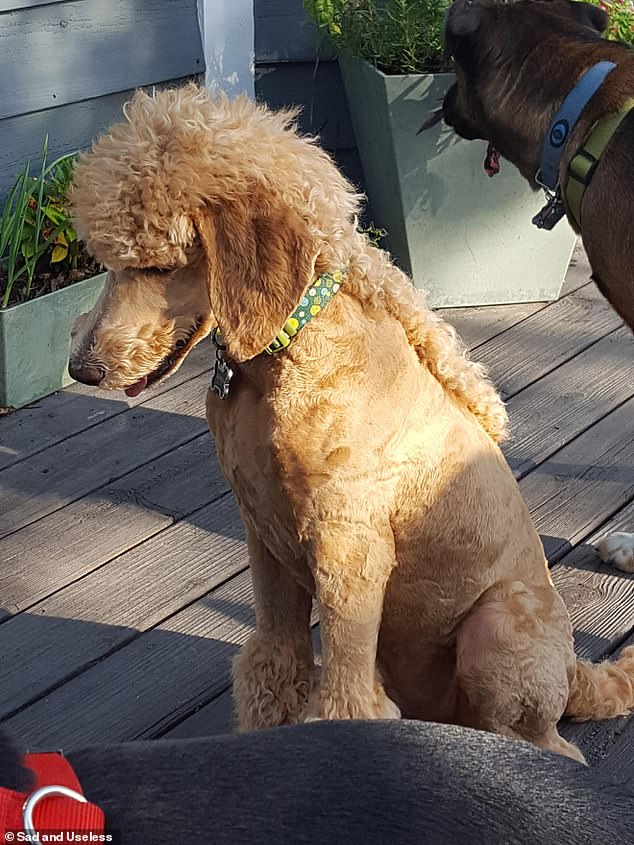 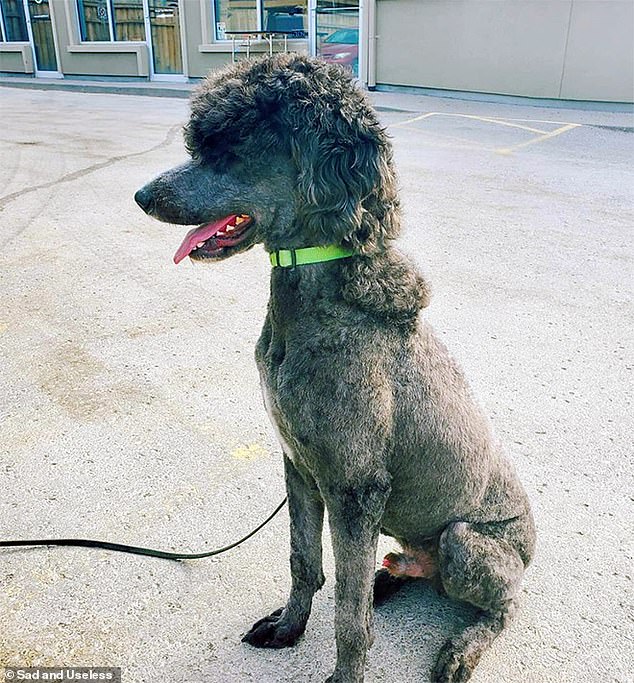 Sitting in a car park, one grey poodle panted as it showed off its mullet hairstyle which is trending among owners 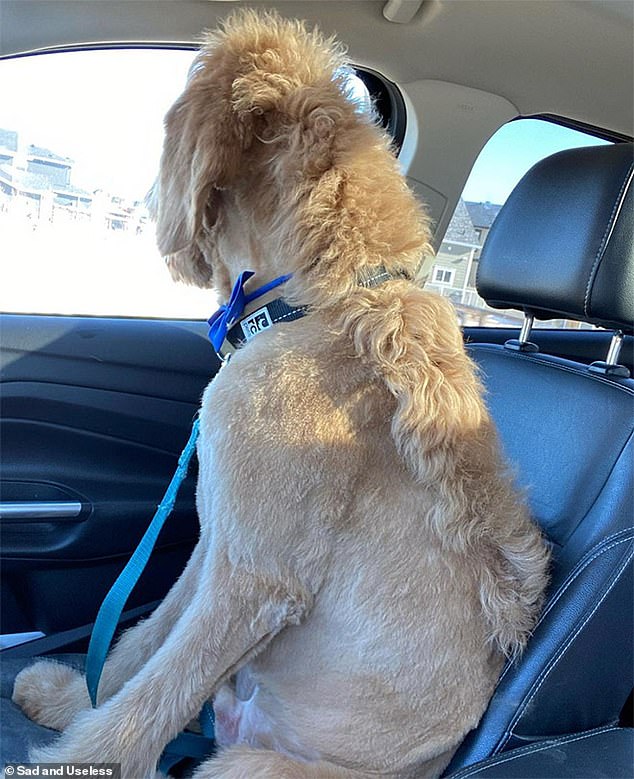