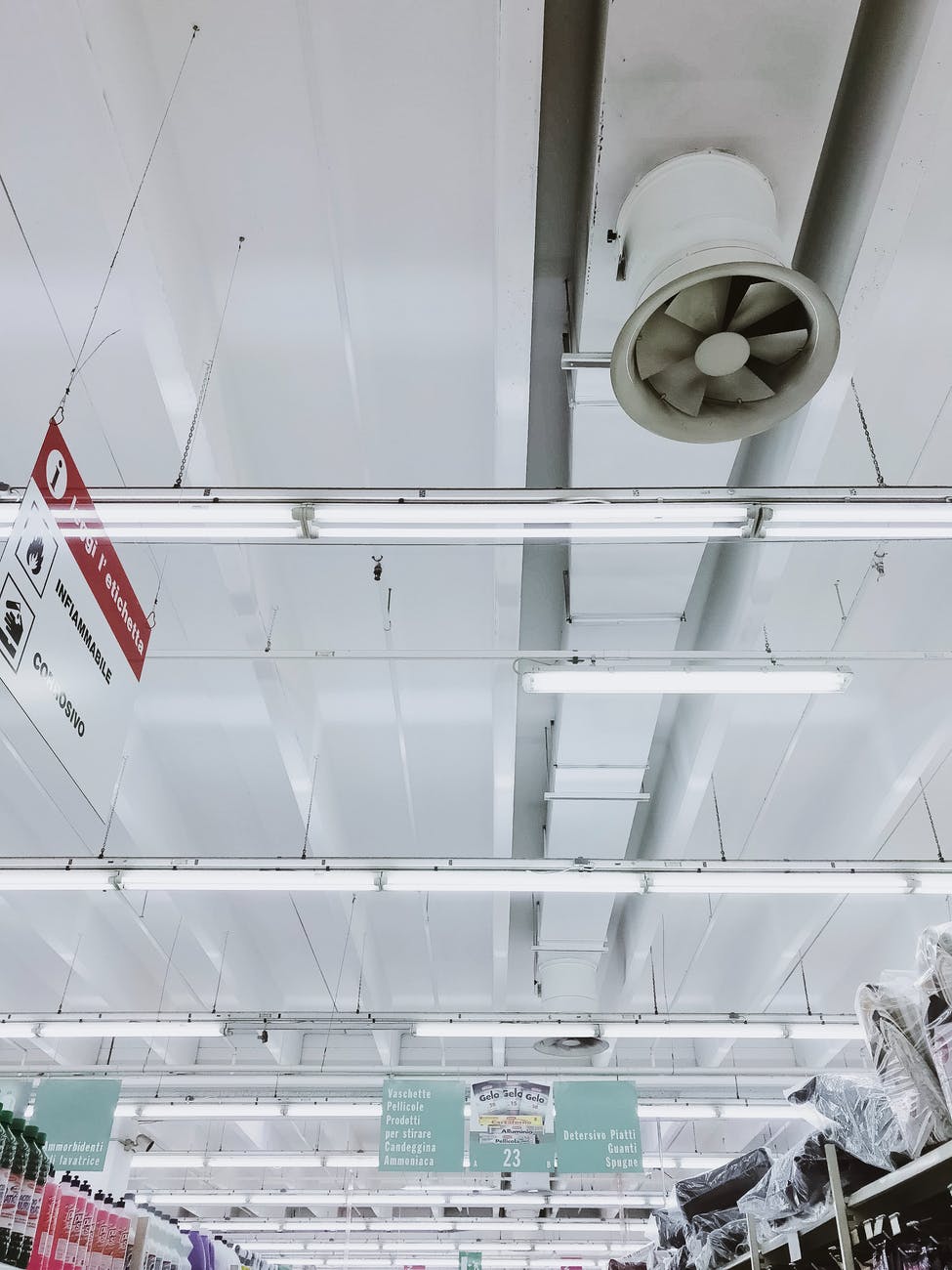 Ceiling fans are considered the best invention of the modern 19th century, and for a good reason. They are a great way to circulate air throughout the room and help to regulate the room’s temperature. However, in today’s world, people often seek alternatives to ceiling fans because of many reasons.

Bladeless and box fans are among the most sought-after alternatives for a standard ceiling fan. They are popular owing to their portability and ease of use. A Bladeless Fan is a recent innovation that is both unique and practical.

Suppose you live in an area where you only need a fan for a couple of months in a year. Investing in such fans makes more sense than splurging on ceiling fans.

Here are some notable differences between Bladeless fans and Box fans.

Contrary to popular belief, bladeless fans have plenty of blades. However, owing to their unique shape and design, these blades are smartly tucked away and hidden from sight.

The hidden blades are attached to a motor that sucks in air and exerts it out through the narrow pores in the upper structure. This is why these fans are also known as air multipliers.

Such fans have a spherical or cylindrical hollow structure at the top, which thrusts the air into the surroundings through narrow openings. The air generated by the fan comes out through this spherical structure.

In comparison, the standard box fans employ a simple technology.  There is a rotary motor with blades attached to it. As the motor runs, blades rotate and circulate the air into the room.

As the name suggests, bladeless fans do not have any visible blades. You can pass your hand through the hollow upper structure without fear of getting hurt.

So, if you have children or pets at home, opting for bladeless fans is a great idea. It eliminates the risk of any injuries to your toddler or pets.

The motors in the air multipliers are often made of very high-quality materials. These motors consume less power than regular fan motors. The bladeless fans produce uninterrupted air even when there are voltage fluctuations.

Unlike the box fans, bladeless fans are remarkably silent. The silence lets you enjoy the cool breeze without any unpleasant background noise.

Traditional box fans generally do not oscillate or rotate to circulate the air throughout the room. So, you must keep the fan in a particular position for the desired airflow.

On the other hand, bladeless fans come in various sizes, and all have pedestals that enable oscillation of the hollow structure for better air circulation inside the room.

Box fans are so common and available in different materials that their prices start from as low as twenty dollars. You can easily find a variety of such fans on online marketplaces. These fans are widely available at multiple price points for easier affordability.

In contrast, a bladeless fan costs significantly more than a normal fan. However, the price is justified with the added safety and other features.

Many air multipliers come with innovative air-purifying features such as a PM 2.5 indicator that you can monitor through your mobile phone.