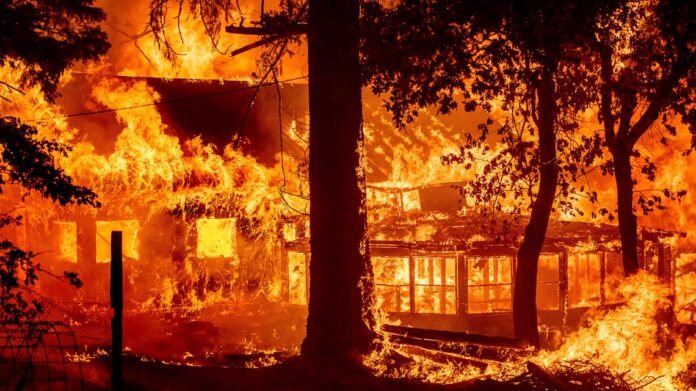 Last year, the Dixie Fire burned nearly a million acres of land in Butte, Shasta, Lassen, Tehama, and Plumas Counties, damaging or destroying over 1,300 structures, including multiple historic buildings, and leading to at least one fatality. Authorities determined that the fire was initially set by a rotted tree coming into contact with PG&E electric lines to the west of Cresta Dam, but to homeowners whose properties were affected by the fire, the cause is almost incidental. What matters most is the incredible damage the fire wreaked upon residential homes and landscapes right alongside the hundreds of thousands of acres of forests it claimed.

Some local homeowners are still struggling to put their lives back together. Many have been unable to rebuild, often as a result of insurance delays. The good news for these homeowners and their families is that Dixie Fire property compensation may be available.

In some cases, wildfire damage is covered completely or almost completely under a homeowner’s insurance policy. More often than not, though, the companies try to deny policyholders’ valid claims, and even when a wildfire damage claim is approved, the coverage may not be enough to pay for the full extent of the damages. In these cases, the best solution is to hire a lawyer who has experience with representing victims of wildfires and can negotiate with insurance companies, fighting for their clients’ rights, and ensuring that victims get the compensation they need and deserve.

Even if a homeowner doesn’t have an insurance policy in place that covers wildfire damage, it may be possible to receive compensation. Because PG&E was determined to be responsible for starting the fire, the company is also liable for paying out damages to anyone who suffered harm as a result.

Around 200 homeowners whose properties were destroyed during the Dixie Fire have already filed lawsuits against the electrical company, though a verdict has yet to be reached. Other homeowners whose properties have been impacted by the fire can seek legal representation and learn about their options for holding PG&E responsible. The statute of limitations for recovering damages after wildfire-related property damage is just two years, though, so it’s important for anyone affected to start investigating options now.

Many California residents lost their homes during the Dixie Fire, but the types of damages suffered during this catastrophic event were not limited to the 600+ privately owned homes that burned down completely. When California residents who suffered as a result of the fire caused by PG&E’s negligence make claims against their own insurance policies or file suit against the responsible party, they may also be able to recover other forms of damages, such as:

The key to increasing the chances of a favorable outcome is to consult a lawyer as soon as possible. There may be multiple avenues for pursuing compensation.

Given that the statute of limitations for personal injury and property damage cases in California is just two years, there’s no time to waste. Anyone who suffered as a result of the Dixie Fire should start looking into options now. Call to schedule a consultation with a lawyer today.

5 Ways to Maximize Your Short-Term Rental Income in 2022

How to Ensure Your Home and Property is Fire Safe