Elizabeth Day: The A-list unfiltered? As if! 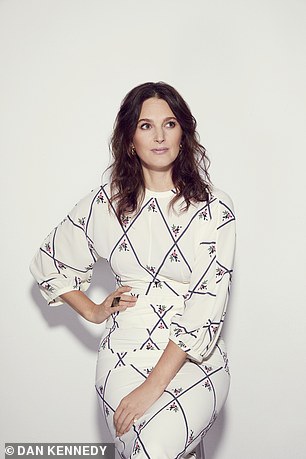 Elizabeth Day: The A-list unfiltered? As if!

By Elizabeth Day for You Magazine

The account would post two images side by side: one taken from the A-lister’s social media and an informal snap, often taken by paparazzi.

The difference between the two was often stark. The first would be filtered to make their skin look glowing and edited to give them a thinner waist and longer legs. The second showed their cellulite and true hip-to-waist ratios. In the first picture, their faces would often be so heavily tampered with that they all looked the same: big, Disney princess eyes; blown-up lips; head tilted to give the maximum impression of cheekbones and eyebrows seemingly drawn on in permanent marker. In the second, we could witness what they ‘really’ looked like.

I had mixed feelings about the account. On one hand, it made me feel better about myself. On social media, a ‘normal’ woman can feel overwhelmed by the unobtainable bodies on display. But there was a part of me that felt it was mean-spirited. Part of being famous is, and has always been, an ability to cultivate and project a certain image.

In the old days of Hollywood, entire studio machines were devoted to the creation of an idealised ‘movie star’ who often bore little connection to the real person. Part of their mystique relied on the public never finding out the true, and frequently tragic, story behind the headlines which drove many movie stars to addiction and depression.

Now celebrities are expected to look and behave like movie stars, but also lean into a new culture of disintermediated access between us and them. On Instagram, one’s currency is being aspirational and yet also just like us, which is a pretty impossible line to tread.

Which brings me to Khloé Kardashian. A few weeks ago, an unfiltered picture of her was posted online without her permission.

She looked great. But she did not look like the heavily edited version of herself she puts out into the world. The Kardashian PR machine went into overdrive and threatened legal means to anyone seeking to use it, thereby hoping to eradicate it from existence.

Khloé took to Instagram to explain that she was within her rights to ask for the image to be removed. ‘The pressure, constant ridicule and judgment my entire life to be perfect and to meet other’s standards of how I should look has been too much to bear,’ she wrote.

My heart went out to her. How sad, I thought, that a woman should feel such a lack of self-worth and be under such scrutiny on a daily basis. But then I realised almost every woman not blessed with lashings of confidence feels the same (albeit on a smaller scale). Many of us will have asked friends to de-tag us in unflattering photos.

I’ve been guilty of scrolling through someone else’s phone and deleting any pictures of me I don’t like and don’t want online.

The issue with Khloé is that she is part of the problem. She felt the pressure to look a certain way and succumbed to it, manufacturing an image of herself that conformed to the very standards that were oppressing her. Her statement was accompanied by an unedited video and an Instagram Live during which she lifted up her sweatshirt to ‘prove’ how flat and defined her stomach was. That, in and of itself, feeds into the culture she so dislikes.

Women should not have to prove they look a certain way to silence the haters. The best way of silencing the haters is to not feed into their criticisms. The best way is to ignore them and start a new narrative.

Nor should women feel the pressure to achieve a ‘perfect’ body. I understand Khloé’s reluctance to show her unedited self. But by simultaneously trying to erase the existence of a photo and replace it with her own version of unfiltered, she rather undermined her point.