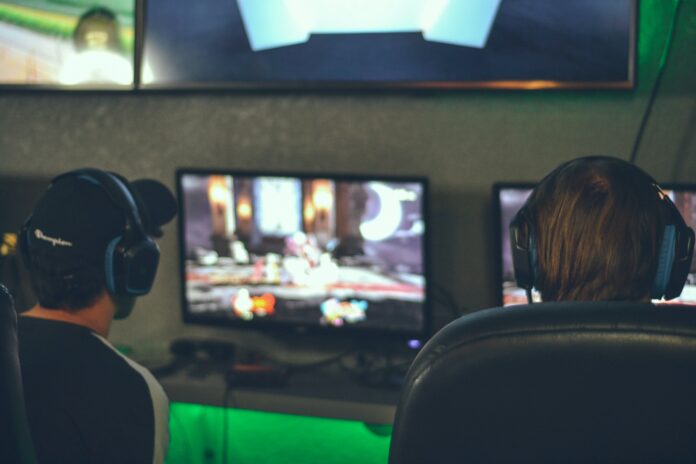 Interest in gaming has exploded over the last few years. It’s gone from a hobby enjoyed on expensive hardware by young adults to a form of entertainment that appeals to everyone. It now spans generations just as much as music, movies, and television have done for decades.

This growing appeal has been brought on by rapid technological developments that have made games more accessible. Smartphones, tablets, and mobile internet connections have helped developers to reach people that wouldn’t be interested in spending hours tied to a games console, but are happy to kick back on the sofa and play a few rounds of a casual game from their phone.

The rate of change in gaming is unlikely to change any time soon. If anything, in 2022, it’s only going to get faster. Here are some of the trends we’re likely to see over the next 12 months.

Streaming has changed the music, television, and movie industries. Instead of watching the shows according to the diktats of a scheduler, you can enjoy them at your leisure. The same applies to music, as services like Spotify give you access to almost every song ever created without the need to carry around huge quantities of discs or records.

Streaming has become a big part of gaming in the last couple of years. Google’s Stadia service has made it possible to play AAA titles on cheaper and underpowered hardware by doing the grunt work in the cloud.

But another type of streaming has been taking off in gaming too. Live video streaming platforms like Twitch have created an entirely new genre of entertainment where people watch other people play video games. Popular games like Fortnite and League of Legends can rack up millions of viewers, making big sums for the streamers and the platforms.

Casino games have become popular on streaming sites too. Slot games are by far the most popular games found in casinos because of the continual stream of new free spin bonuses that are offered to players and the wide variety of titles to choose from. It makes sense then that these are also some of the most-watched casino games found on streaming sites.

2022 is going to be a big year for streaming, with more and more people expected to get into the medium.

Free-to-play games have become some of the biggest and fastest-growing titles in recent years. This is because the model removes the largest barrier preventing people from playing them — the cost.

Publishers still make a lot of money from these free-to-play titles. They do this by charging for in-game purchases, giving players the chance to customise their characters, cars, and weapons and to unlock extra features. However, there is little to no resale value for these digital items and several of the biggest gaming brands on the planet intend to change that.

In November, EA announced that it was planning to incorporate NFTs into their games in the future. This would make in-game items traceable and certifiably rare, allowing players to trade them on a secondary market. A month later, Ubisoft went a step further by launching its own NFT platform.

This is just the beginning for this technology and we’re likely to see it much more in 2022.

Remastering old games is not a new phenomenon, but the volume of old titles being given a new lease of life has increased dramatically in recent years. This is because there is a big demand for nostalgia at the moment, especially as players look to alternatives to modern microtransaction-riddled titles.

With the release of the latest generation of consoles in late 2020, publishers have picked up the pace in their remastering efforts as they seek to take advantage of modern graphics technologies to give their old games a fresh look.

2021 has been a big year for remasters, with the most high profile example being the GTA Trilogy Definitive Edition. Many more are already scheduled for 2022 and we can expect more to be added to that list in the coming months.

Three Current Trends you should know About Online Casinos in 2022