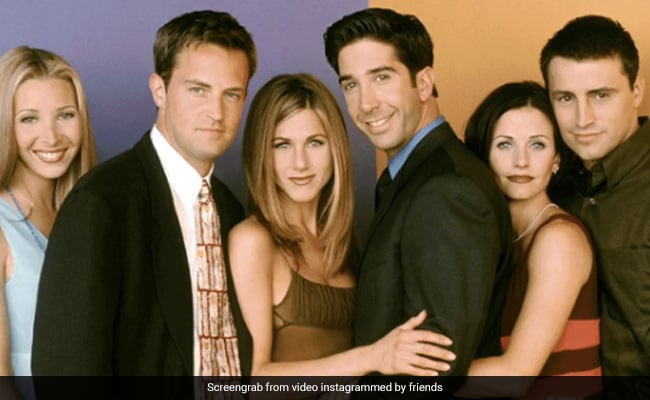 Attention, folks! Matthew Perry aka Chandler Bing sort of spilled the beans on when the long-awaited F.R.I.E.N.D.S reunion could take place. It is likely to take place in the first week of March. The actor, adding a dash of his signature humour to his latest tweet, wrote: “Friends reunion being rescheduled for the beginning of March.” He added, “Looks like we have a busy year coming up. And that’s the way I like it.” Within a few minutes, fans of the show flooded the comments section with GIFS from the show. Comments like “Could we be any happier?” and “Can’t wait,” kept popping up.

Friends reunion being rescheduled for the beginning of March. Looks like we have a busy year coming up. And that’s the way I like it!

The reunion was supposed to take place in May, this year. It was supposed to be an exclusive unscripted special on the streaming platform HBO Max. However, it was shifted due to the coronavirus pandemic. Jennifer Aniston and other F.R.I.E.N.D.S stars shared posters from the show and they announced the reunion by writing: “It’s happening.”

It wouldn’t be wrong to say that the game-changing F.R.I.E.N.D.S is undoubtedly one of the most popular sitcoms ever. The show first aired in 1994 and ran for 10 superhit seasons. 25 years later, it’s still a hit on streaming platforms.

F.R.I.E.N.D.S made stars of its six principal actors – Jennifer Aniston as Rachel, Courteney Cox as Monica, Lisa Kudrow as Phoebe, David Schwimmer as Ross, Matthew Perry as Chandler and Matt Leblanc as Joey. The sitcom followed the lives of six friends living in New York as they navigated personal and professional joys and tribulations, much of it converging around a coffee shop named Central Perk.