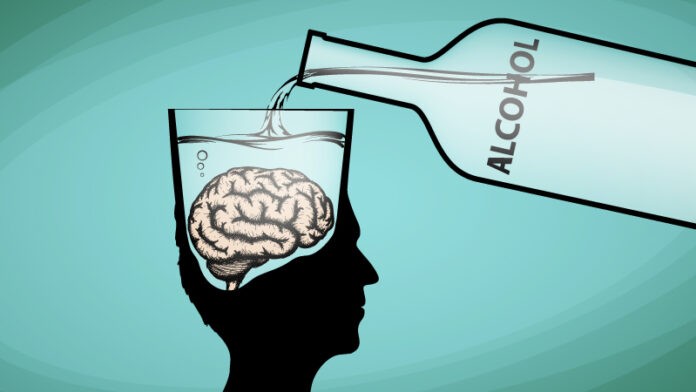 Though socially acceptable in many scenarios, drinking in excess can cause more harm than you may realize. Unfortunately, many of-age drinkers often overlook the dangers of alcohol consumption because of its regularity, creating muddy waters around what is and isn’t considered an addiction.

Though the average adult drinker may not experience noticeable cognitive impairments, those with a genetic disposition to addiction may find themselves incapable of casual consumption. Unfortunately, those who drink excessively are vulnerable to potentially devastating effects. Read on to learn how alcohol abuse changes the brain and affects your everyday mental capacity.

You may have heard that alcohol is a depressant. It makes sense, then, that it could negatively impact your mood and increase symptoms of depression. Unfortunately, long-term alcohol abuse can also cause your brain to develop a higher tolerance for the neurotransmitter dopamine.

Whether mental symptoms associated with alcohol abuse were present before the excessive drinking or not, chances are they’ll worsen with frequent usage. Sadly, with consistent, heavy drinking, the brain becomes less capable of experiencing joy.

However, with the proper help and commitment to recovery, you can start your journey towards sobriety—which is tightly interconnected with improved mental and physical health.

Both short-term and long-term memory impairment is common in those who abuse alcohol. Though “blackouts” are normalized in today’s alcohol-heavy culture, lapses in memory due to heavy drinking are still concerning and dangerous to your long-term mental cognition.

Whether it’s as little as not remembering moments during a conversation with a friend or a more significant lapse in recollection, memory loss is a startling side effect of alcohol abuse. Of course, how much someone forgets will differ from person to person. However, you should be mindful of lapses, which can indicate a potential substance issue.

You may find it harder to control your impulses due to long-term alcohol abuse. Higher tolerance for dopamine contributes to this, as do structural changes to the brain, meaning that excessive drinking can hardwire a decrease in resistance, making it more difficult to resist urges to drink.

Alcohol abuse can also lead to an increased risk of dementia—especially in long-term cases. In fact, studies have shown that alcoholics are three times more likely to develop dementia than those who drink moderately or less.

Though dementia is most often associated with memory issues and Alzheimer’s, other forms can impact problem-solving, decision-making, and communication, just to name a few.

It’s no exaggeration that alcoholism physically shrinks the brain. Both gray and white matter volume decreases with excessive alcohol consumption, which impacts virtually all cognitive functioning.

The most vulnerable regions of the brain involve impulse control and problem-solving, leaving heavy drinkers at risk for significant damage. Whether you’re a fresh-faced social binge drinker or a long-time alcoholic, brain shrinkage from excessive use can be severe and irreversible.

If you or someone you love is suffering from alcoholism, use these potential consequences as motivation to seek help. Just because cognitive impairment is of concern does not mean it’s inevitable or impossible to reverse existing damage.

There’s no harm in exploring what a recovery program is like, for instance, as a place to start. After all, you may be surprised that sobriety is achievable with enough commitment and a program that suits you or your loved one.