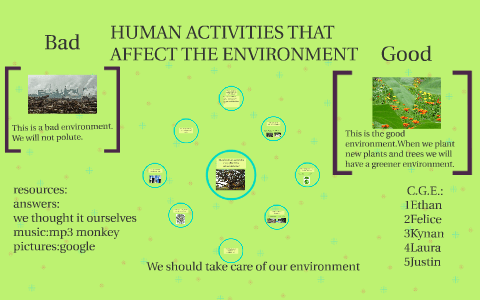 As humans continue to rely on technology, manufacturing, and natural resources to power through day-to-day life, the impact on the environment continues to expand. Everything from smartphones and computers to cars and single-use plastics requires significant energy to construct, use, and discard.

Unfortunately, many of the necessary resources used for everyday life are dwindling, which means the human impact is even more significant. Read on for six critical ways humans affect the natural environment and how to limit harm in the future.

Many people are unaware of the agriculture industry’s damaging impact on the surrounding environments. Activities like raising livestock and crop farming can release unhealthy amounts of methane, overuse water resources, and accelerate soil erosion without the proper protocols in place.

Fortunately, farmers can mitigate the effects of agriculture on the soil by implementing erosion control products in their fields and practicing earth-friendly farming methods.

Each year, humans dump millions of tons of garbage, made primarily of single-use plastics, that swirl around the ocean, contaminating the water and accumulating in centralized locations.  Whether it’s plastic utensils, oil spills, or balled-up grocery bags, marine life often ingest debris and toxins, leading to illness, potential death, and eventually extinction.

Another harmful way humans affect the environment is through industrial fishing. When fishing boats use large-scale bottom trawling, they deplete the fish population in lakes and oceans.

Bottom trawling involves sweeping a large net along the bottom of the ocean floor to capture any sea life, often causing irreparable damage to seafloor ecosystems. Trawling can also damage coral reefs, where many fish make their homes.

Drilling for oil harms the environment in a number of ways, but one of the most significant pollutants comes from oceanic and land oil spills. The long-lasting effects damage precious ecosystems like oceans, beaches, and riverways, leaving the area uninhabitable to wildlife. For example, in 2010, the Deepwater Horizon oil spill released approximately 60,000 barrels daily.

When companies drill for oil, they extract a non-renewable resource, burning petroleum and ultimately releasing carbon dioxide into the atmosphere. Carbon dioxide provides significant contributions to global warming, as does the methane released as a byproduct during oil extraction.

Concrete production and use

Concrete has become ubiquitous around the globe, yet it’s one of the most destructive materials on the planet. Not only do concrete manufacturers use up a tremendous amount of water resources, but the manufacturing process also releases carbon dioxide, contributing to air pollution and global warming.

Humans affect the environment in numerous ways—whether they’re aware of the effects or not. Ultimately, using natural resources damages ecosystems and reduces the quality of life for humans and animals worldwide. Fortunately, humans and corporations can take steps to mitigate natural degeneration and build a greener future.