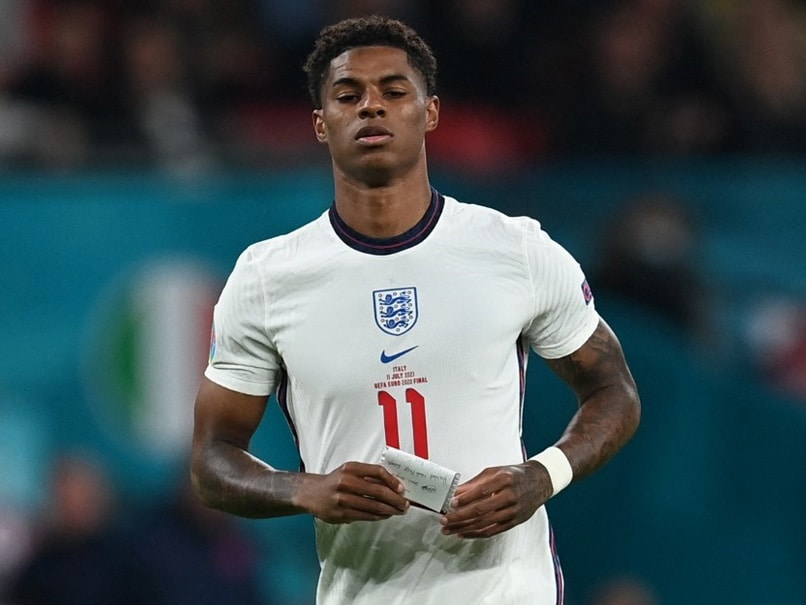 
England star Marcus Rashford shared a heartfelt note on his Twitter handle, apologising for his penalty miss in England’s shoot-out loss to Italy in the Euro 2020 final on Sunday. Rashford was among three England players to miss their spot-kicks in the shoot-out, which Italy won 3-2. Rashford, Jadon Sancho and Bukayo Saka were all subjected to sickening racial abuse on social media following England’s heartbreak. On Monday night, the England star took to Twitter to send out a powerful message, saying “my penalty was not good enough, it should have gone in but I will never apologise for who I am and where I come from”.

Rashford and Sancho were brought on by England manager Gareth Southgate in the final moments of extra-time in the final, specifically so they could take penalties.

But the gamble didn’t pay off as both missed from the spot.

“A penalty was all I’d been asked to contribute for the team. I can score penalties in my sleep so why not that one? It’s been playing in my head over and over since I struck the ball and there’s probably not a word to quite describe how it feels,” wrote Rashford.

The England star also shared a couple pictures of handwritten notes he received from young fans who had some encouraging words for him.

“Some of it has come from abroad, we have been told this, but some of it is from this country,” he told reporters.

“We have been a beacon of light to bring people together and the national team stands for everybody.”