In The Heights review: An absolute delight

There are some who will tell you that the only thing you really need to know about In The Heights is that it comes from the genius-dipped pen of Lin-Manuel Miranda, creator of that global phenomenon, Hamilton.

What I think you really need to know – and, indeed, remember – about In The Heights is that IT’S A MUSICAL!

Which means that some of you are going to hate it from the moment the central character turns directly to the camera, flashes a friendly smile and bids us ‘good morning’ before breaking into his first number. 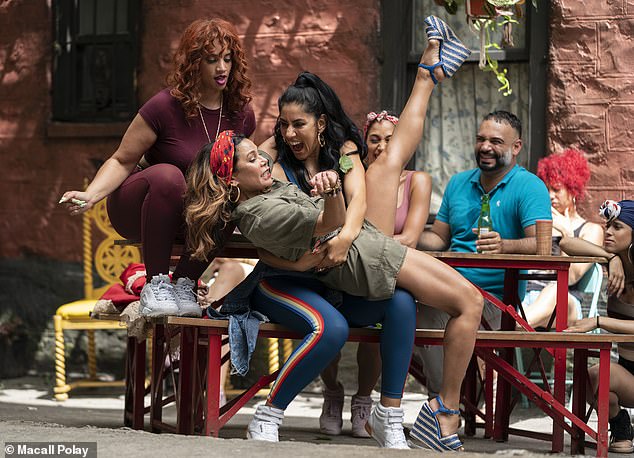 The rest of us, however, are in for a toe-tapping, hip-shaking ball as Miranda, working alongside writer Quiara Alegría Hudes and director Jon M. Chu, introduces us to a Hispanic community living on a Washington Heights block threatened by gentrification and redevelopment, amid a New York heatwave and impending power cuts.

Usnavi (Anthony Ramos), the young shopkeeper at the centre of this enjoyably tangled tale, is dreaming of buying back the hurricane-damaged beachside bar once owned by his late father back in the Dominican Republic.

But where would that leave his unrequited love for the beautiful Vanessa (Melissa Barrera)?

Or, while we’re on affairs of the heart, the similarly unreturned affections of humble taxi-dispatcher Benny (Corey Hawkins) for Nina (Leslie Grace), his boss’s Stanford-educated daughter, the cleverest girl on the block?

The fun takes a while to get going, and eventually it does slightly outstay its welcome, but a long middle section, full of numbers that alternately prompt tears and make you wish you’d been paying better attention in salsa class, is an absolute delight.

Go see it, but remember: IT’S A MUSICAL!

In forestry circles there is a growing acceptance of the initially outlandish-sounding idea that the roots of forest trees are all joined by a huge network of interconnecting fungi that might even allow trees to communicate with each other.

Well, director Ben Wheatley appears to have stumbled across the idea, super-charged it and used it as the basis for In The Earth, one of the most original British horror films of recent years.

Cross The Wicker Man with Apocalypse Now and you’re heading in the right sort of direction.

It’s not always an easy watch – the pace is slow, the performances low-key and it’s all a bit bonkers. But as scientific researcher Martin (Joel Fry) and his guide Alma (Ellora Torchia) venture deeper into the wood, you’re pretty sure there’s something nasty waiting for them.

In The Hitman’s Wife’s Bodyguard, Ryan Reynolds, Samuel L. Jackson and Salma Hayek reunite for a comedy-thriller sequel that this time around sees hitman Darius Kincaid (Jackson) kidnapped by the mafia and his potty-mouthed wife, Sonia (Hayek), needing the help of bodyguard Michael Bryce (Reynolds) to rescue him.

The only problem is, Bryce has been in therapy and has given up violence. 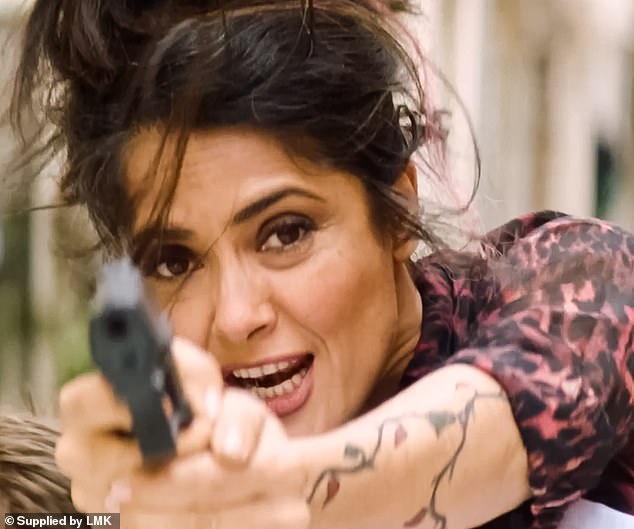 In The Hitman’s Wife’s Bodyguard , Ryan Reynolds, Samuel L. Jackson and Salma Hayek (above) reunite for a comedy-thriller sequel

Expect global conspiracies, Antonio Banderas as the main baddie and an unlikely appearance from Morgan Freeman amid the enjoyable but instantly forgettable, popcorn-flavoured fun.