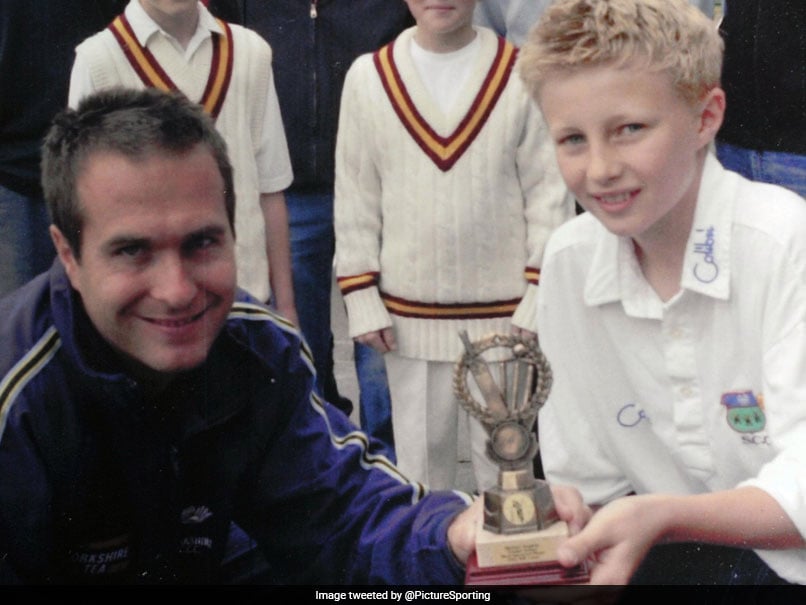 Michael Vaughan shared an old pic where he is seen presenting an award to Joe Root.© Twitter

Former England captain Michael Vaughan retweeted a picture where he is seen presenting an award to England Test skipper Joe Root when the latter was 11 years old. “Incredible to see his development over the last 25 years,” wrote Vaughan on Twitter. Both Root and Vaughan have represented Yorkshire before playing for England and the former became England’s most successful captain in Tests after the team beat India by an innings and 76 runs in the third Test at Headingley.

Incredible to see his development over the last 25 yrs … https://t.co/03XfAcCPDT

Incidentally, Root surpassed Vaughan to the feat as the Headingley win was his 27th as Test captain, whereas Vaughan had led England to victory in 26 Tests.

Root’s impeccable record as captain was complemented by his exploits with the bat as he registered his third century of the series, and 23rd overall, in the first innings of the third Test to help England post a daunting total of 432 in response to India’s paltry 78 in the first innings.

Root’s 121 at Headingley came after a splendid 180 at Lord’s and 109 at Trent Bridge as he got closer to breaking another one of Vaughan’s records — most Test runs by an England batsman in a calendar year.

Root had in 2016 come close to breaking Vaughan’s record when he scored 1477 runs with three centuries and 10 half-centuries.