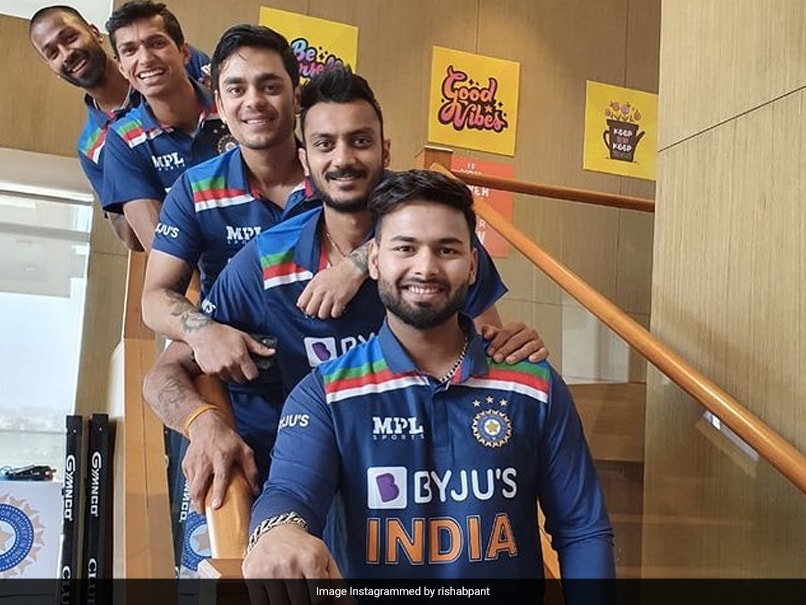 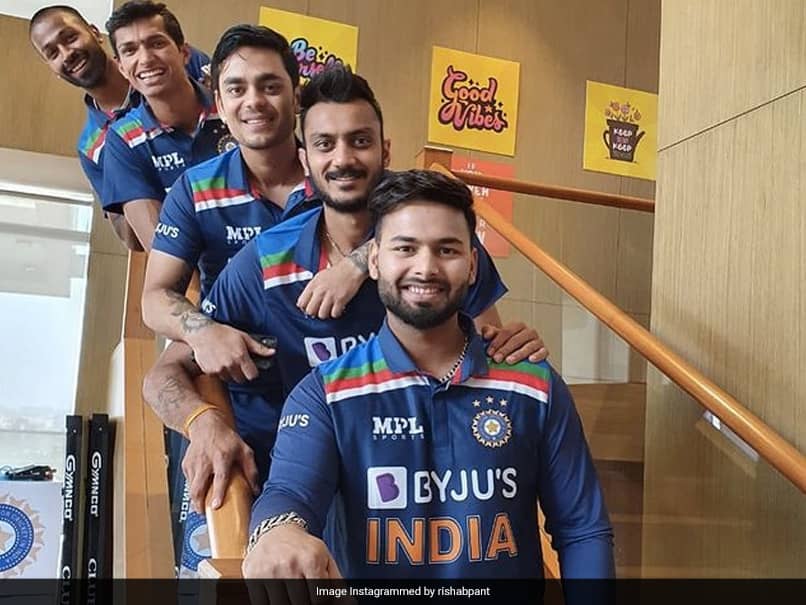 
Rishabh Pant played a key role as India beat England 3-1 in the Test series. As the two teams get set for the five-match T20 International (T20I) series next, the wicketkeeper-batsman took to social media on Wednesday to share a picture with some of his teammates as they donned India’s limited-overs jersey. “Test series done and dusted, time to put on the Blues as we get set for the T20s against England,” Pant captioned the picture, which featured Hardik Pandya, Ishan Kishan, Navdeep Saini and Axar Patel.


“Nice out swing to right handers,” Ishan Kishan commented on the picture.

While Pant and Axar Patel were both central to India’s Test series win against England, Hardik Pandya was also part of the Test squad, but did not get a game.

Ishan Kishan is joining the national team for the first time, having got his maiden call-up after an impressive Indian Premier League season in 2020.

The Indian players have been preparing hard as they shift gears from Test to the T20Is. The five-match series, which will be played in Ahmedabad, takes on even more importance with the T20 World Cup scheduled in India later in the year.

The Indian cricket board on Tuesday shared a video of the team’s preparations.

Preparations on in full swing in Ahmedabad ahead of the @Paytm T20I series against England #TeamIndia #INDvENG @GCAMotera pic.twitter.com/6Ij70gwe3i

The T20I series is set to begin on Friday.