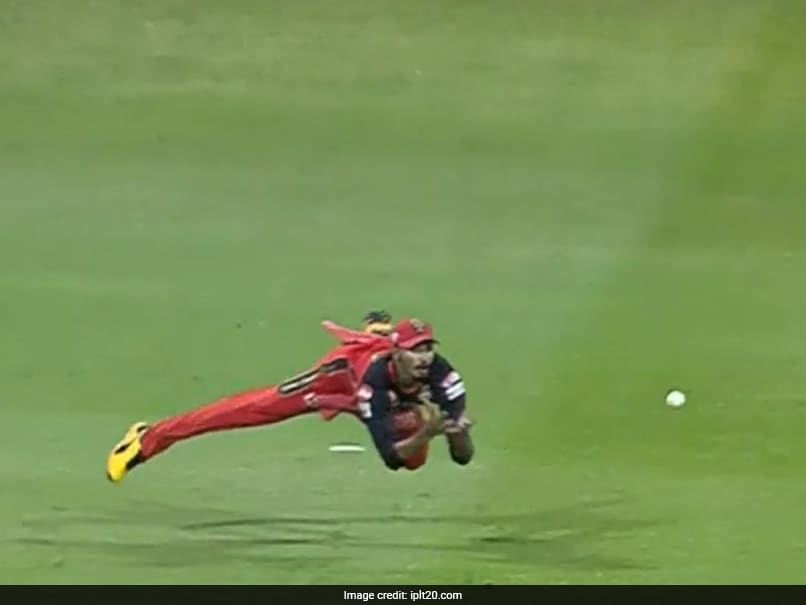 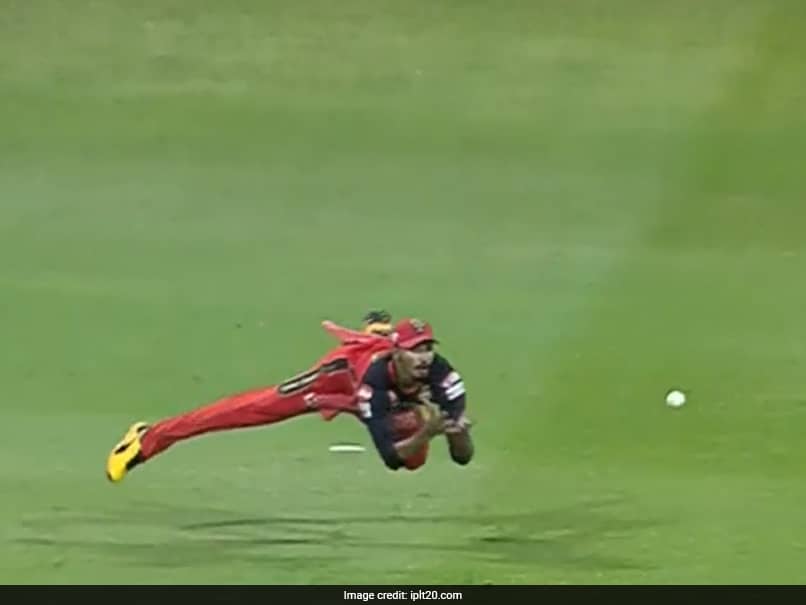 
Devdutt Padikkal took a remarkable catch on Wednesday evening for Royal Challengers Bangalore (RCB) to dismiss Mumbai Indians‘ (MI) Saurabh Tiwary. On the fourth ball of the 11th over in MI’s chase of 165 runs, Mohammed Siraj bowled a good-length ball to Tiwary, who drove it uppishly towards mid-off. Padikkal, stationed there, leapt forward and took the catch with the ball only a few inches clear of the ground. The opening batsman from Karnataka, who scored his fourth IPL fifty earlier in the match, was ecstatic and celebrated this dismissal exuberantly.

WATCH – Padikkal’s beauty of a catch

He bats elegantly and takes catches in style as well. Sample this for a @devdpd07 catch special.https://t.co/RatVueU47S #Dream11IPL

Padikkal’s catch put Mumbai on the backfoot before Yuzvendra Chahal dismissed Krunal Pandya for 10 to keep RCB in the hunt.

Padikkal has been tasked with opening the batting for RCB and he combined with fellow opener Josh Philippe on Wednesday to add 71 runs in 7.5 overs for the first wicket.

A middle-order collapse that saw RCB slide from 131 for 2 to 138 for 6 put to waste the good start given by the openers as Virat Kohli’s men were restricted to 164 for 6.

Suryakumar Yadav hit an unbeaten 79 off 43 balls and helped Mumbai reach the target with five wickets in hand.

Padikkal has scored 417 runs for RCB this season, his first in IPL, and he is the team’s second-highest scorer in the tournament behind Kohli.

RCB are placed second on the points table with 14 points from 12 matches.