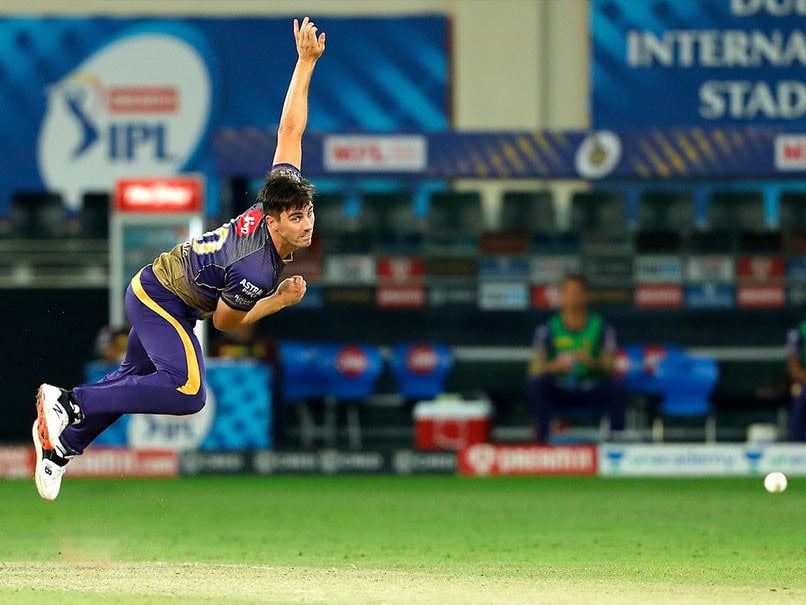 
Pat Cummins’ four-wicket haul helped Kolkata Knight Riders (KKR) defeat Rajasthan Royals (RR) on Sunday but the pacer has said he didn’t expect to get the wickets like that in the powerplay. Chasing 192, the Royals scored 19 runs off the first over but lost Robin Uthappa. In the third over of the innings, Pat Cummins made a phenomenal comeback and dismissed Ben Stokes (18) owing to a spectacular catch from Dinesh Karthik and five balls later, Steve Smith (4) was sent back, reducing Royals to 32/3.

A few minutes later, Cummins dismissed Riyan Parag and as a result, Royals were left staring down the barrel at 37/5.

“A lot goes through your mind. First few balls weren’t great. As long as you go back to bowling your best balls, it’s alright. Top of off is always that area for me, there was a bit early in there with the new ball,” Cummins told the host broadcasters Star Sports at the post-match presentation.

“So, I was trying to get as many in there as I can. Not really, don’t think I expected to get all wickets like that. Some days you bowl well and don’t get luck, some days you get a bit of luck as well,” he added.

Cummins revealed he had put pressure on himself at the start of the tournament and exuded confidence that he has improved as the megaevent progressed.

“Today, everything fell into place. I guess early on in the season, I put a lot of pressure on myself. As the tournament has gone on, I’ve got better and better. You’re always learning,” said the Australian pacer.

With this win, KKR have moved to the fourth spot in the points table with 14 points from 14 matches. On the other hand, the Royals are now out from the playoff contention after losing the match against Kolkata.