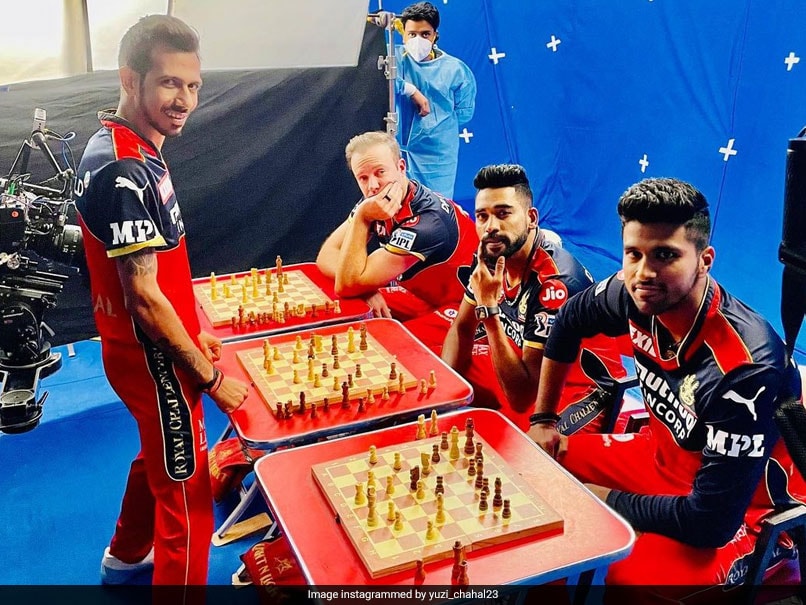 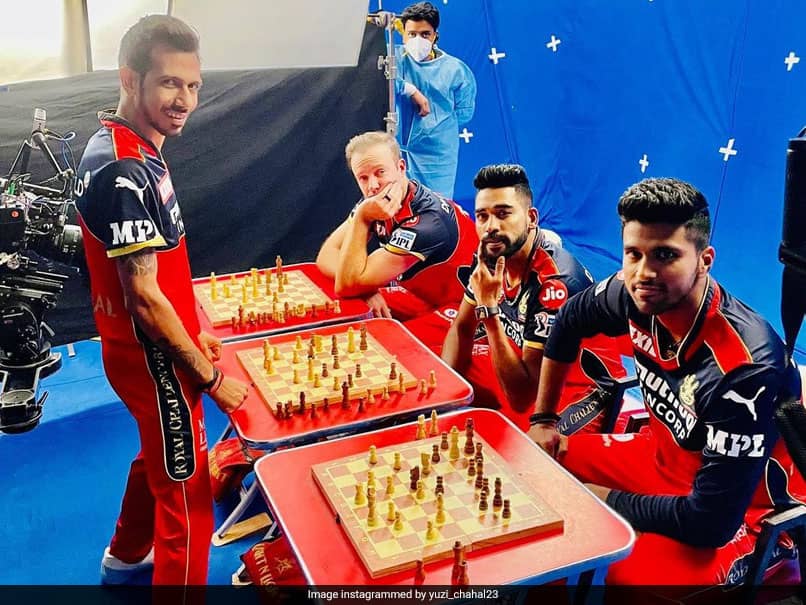 
Spin wizard Yuzvendra Chahal shared a picture on Instagram with his Royal Challengers Bangalore (RCB) teammates AB de Villiers, Washington Sundar and Mohammed Siraj. Chahal is standing while the others are sitting opposite him as they strike a pose. The 30-year-old, who is a former chess player, seems to be comfortable taking on three opponents at once. Along with the picture, Chahal wrote, “The King’s Gambit.” RCB’s official Instagram handle reposted the snap and captioned it: “Checkmates!” followed by hashtags #PlayBold #WeAreChallengers.


A former national Under-12 chess champion, Chahal represented India at the World Youth Chess Championship. He had mentioned that chess taught him the patience he needed on the field.

As he struggled to maintain a balance between the two sports, Chahal decided to move on and make a career as a cricketer.

The clip opens with Chahal and Dhanashree who are all set to take on their opponents. In the next

frame, we can see the couple breaking into a victory dance.

The entire episode was shared on Instagram by Srikar. “Guess who would have won?” read the caption.


Speaking about RCB, the side has made a brilliant start to their Indian Premier League (IPL) 2021 campaign as they defeated five-time champions Mumbai Indians (MI) by two wickets in the opening match.

Next up, the Bangalore-based outfit will square up against SunRisers Hyderabad (SRH) on April 14. The match will take place at the MA Chidambaram Stadium in Chennai.