Meat the wildlife: Kookaburra swoops down and snatches sausage out of barbecue fan’s hands 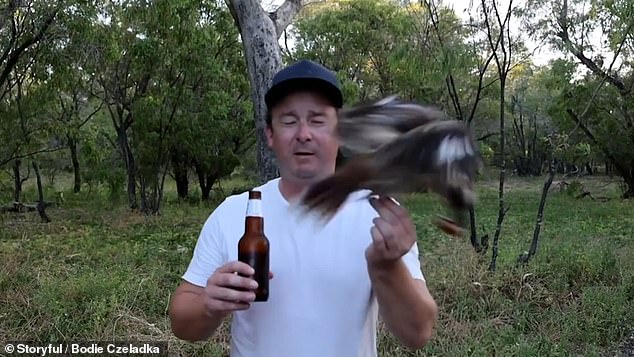 Meat the wildlife: Kookaburra swoops down and snatches sausage out of barbecue fan’s hand

By Darren Boyle for MailOnline

This is the hilarious moment an Australian man showing off his barbecue skills was robbed by a kookaburra that stole the sausage he was holding.

Jarrod Pink and his friend Bodie Czladk were on a camping trip outside Perth.

Mr Czladk began filming Mr Pink as he picked up a sausage in his left hand while holding a beer in his right, and began extolling the virtues of ‘snags’.

Jarrod Pink was praising the benefits of ‘downing a beer and a couple of snags’ when the large bird made off with his lunch while he was on a camping trip on the outskirts of Perth, Australia 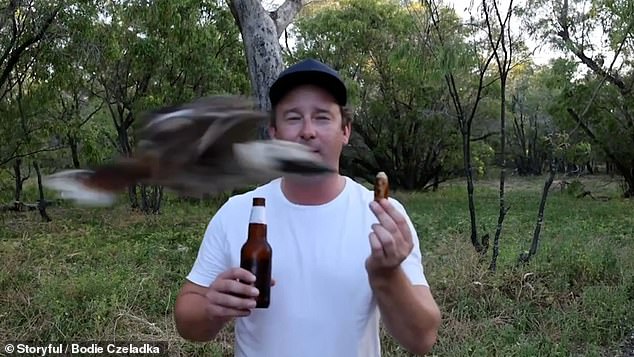 He starts to say: ‘Nothing better than downing a beer and a…’ before being silenced by a big bird swooping down and swiping his food.

As the kookaburra flies off, a shocked Mr Pink finishes his sentence: ‘… snag.’

Fortunately for Mr Pink, he had another 11 sausages sizzling on his pan.

Mr Czladk posted the 15-second video on his Facebook page for their friends.

Several viewers shared anecdotes of similar encounters with kookaburras while eating in the wild.

One person claimed she was left with ‘a fat lip’, when the bird stole her sausage while she was biting into it.

Others claimed the footage was hilarious and surprised that their normally talkative friend was left dumbstruck. 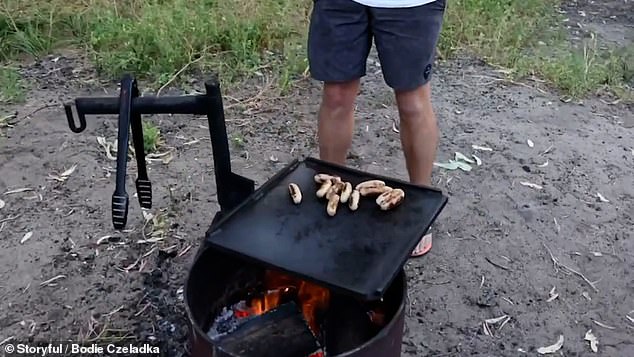