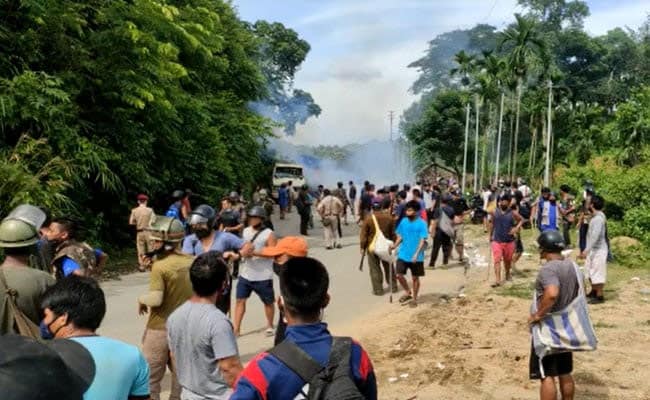 Six senior officials in Mizoram and a Mizo National Front MP have been summoned by the Assam Police in connection with firing over an interstate border dispute on Monday. Six policemen from Assam died in the incident at the area that lies over Assam’s Cachar district and Mizoram’s Kolasib district.

The Assam Police also pasted a note at the gate of Mizo National Front MP K Vanlalvena’s Delhi home, who was not there when the police went to serve the summons.

A team of Assam Police are also going to Delhi to question Mr Vanlalvena on what they alleged was a deliberate, unprovoked attack by the Mizoram Police on Monday. The MP had issued a public death threat to the Assam Police. Standing outside the Parliament House, Mr Vanlalvena told reporters: “More than 200 policemen entered out territory and they pushed back our policemen from our own posts and they gave firing orders first, before we fired. They are lucky that we didn’t kill them all. If they come again, we shall kill them all.”

Assam has issued a travel advisory asking people from the state not to go to Mizoram as their safety cannot be guaranteed. Assam defended the move saying people in the neighbouring state carry advanced guns that could prove to be dangerous given the fractious relations between them right now.

The Zoramthanga government has, meanwhile, claimed it had proof of the Assam Police setting off the violence. It questioned how such an incident could occur only two days after a successful meeting on the border issue was held with Mr Shah.