Mothers and daughters: ‘We’ve shared our home with 100 children’ 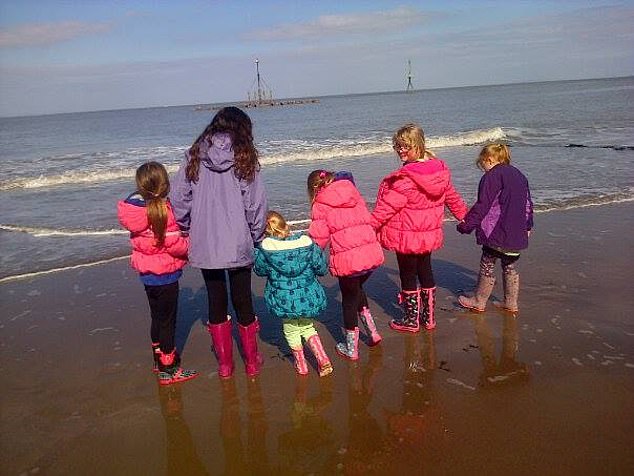 Sabrina-jayne (second left) with her foster sisters in Minehead, 2015

Challenging but hugely rewarding, fostering has transformed family life for mother-of-five Judith Harper and her daughter Sabrina-Jayne. They reveal why their (ever expanding) house is always open to those in need

Judith Harper MBE, 61, lives in Buckinghamshire with husband Stephen, 64, a development engineer. They have five birth and two adopted children

I’ve always loved being a mum and surrounded by children, noise and laughter. I married my husband at 18, in 1978. Many said it wouldn’t last, but we’ve proved them wrong. We had three boys in quick succession: Stuart, 38, Simon, 37, and Shane, 34. The girls, Samantha-Clare, 25, and Sabrina-Jayne, 18, were more of a surprise.

I enjoyed being around children so much that I made it my career. When the boys were young I worked as a preschool teacher, but I left when Samantha-Clare was one as I couldn’t bear to be apart from her. As well as childminding, I threw myself into fostering. I’ve always felt our home is a respite for children from whatever they’d been through and will help pave the way to a more permanent future.

We’ve had foster children in the house since before Sabrina-Jayne was born. When I got hepatitis in 1993 while working at a nursery and was seriously ill, I remember looking at the boys and thinking, ‘If anything should happen to me, at least they’d have family. They’ll always be together. But what about those who don’t have support, or who are split up from their siblings?’

Shortly after my recovery, I saw an advert for respite carers and it seemed an ideal way to help mums who couldn’t cope. Life never works out as you plan and, by the time we’d been approved, I was pregnant with Samantha-Clare. Then I got the call asking us to look after two-year-old Theresa for six weeks. I wasn’t sure, but my husband, who works from home, reassured me he’d help out.

Theresa ended up staying for six months. We were devastated when she had to leave. We stood on the drive after waving goodbye and said, ‘Never again.’ It was horrible.

But as we walked in the house the phone was ringing. It was social services asking if we could look after a 14-month-old boy while his mum decided if she could care for him. Forty-five minutes later, JJ was with us and he stayed for six months, during which time I gave birth. It was mad, but we got through it!

Since then we’ve fostered around 100 children. We’ve only had one fortnight, in 2009, without foster children. It still hurts when they go but we’ve always said we have to do it. You don’t forget the pain – you learn how to manage it.

We’ve taken on single children and siblings. Some are with us for weeks; others come for months but stay for years, like Ellie, 32, who has severe disabilities. She arrived aged 15 and is still with us. The most we’ve had at one time was ten – our house was originally a four-bed bungalow, but we’ve extended it four times (and the garden twice!). Now we have eight bedrooms and there’s nine of us.

Sabrina-Jayne has always been so capable – even as a toddler she would fuss over a set of twins I minded. When she was eight, two girls arrived aged three and four and we realised we wanted to adopt them. They have learning disabilities and we were worried others might not understand the challenges they face.

We explained to Sabrina-Jayne: ‘They will be your sisters – are you happy for us to adopt them?’ She said, ‘What do you have to do?’

I told her I had to write a letter to the local authority. ‘Well, I’ll post it,’ she said. Silvi-Ann, now 14, and Sheryl-Jane, now 15, have formed such a strong bond with her. The pandemic has been a challenge but it’s amazing to have her here home-schooling, organising treasure hunts and trampolining. 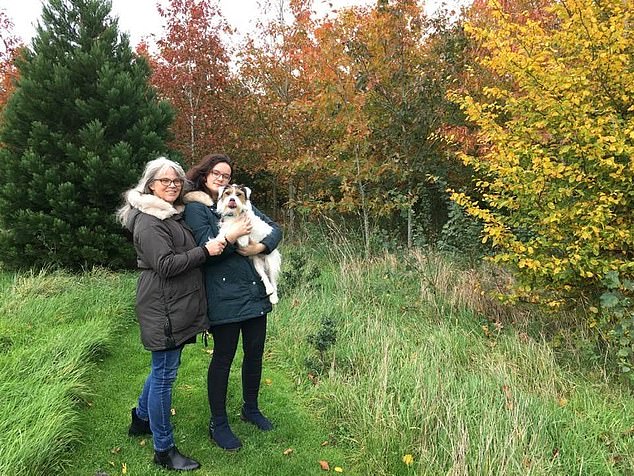 Judith and Sabrina-Jayne on a walk with their dog swiper

She’s so resourceful and she’s the sensible one. Like us, she doesn’t drink and she’s already the designated driver for her friends.

I’ve been called the Naughty Boy Specialist and we’ve had some kids with behavioural issues. We’d teach them that what they were doing was wrong but we were still Mum and Dad and we’d support them. It was good for them to have my boys there as role models. In fact, Simon is now a foster carer.

After I was awarded an MBE, the least I could do was nominate Sabrina-Jayne for the Fostering Excellence Award for Outstanding Contribution by Sons and Daughters. It recognises siblings who go ‘the extra mile’ to support their parents as foster carers, and I was so proud when she won.

We’ve always taught the children not to judge: the parents of foster children haven’t given up. They’ve realised their children could have a better life than the one they can offer.

Our doors are open to whoever needs us, but it’s our children’s home first and foremost – I couldn’t have done this without the help of Sabrina-Jayne and her siblings.

Sabrina-Jayne, 18, is studying health and social care at the Open University. She wants to be a social worker, focusing on looking after children with special needs

My mum never sits down. She’s up first and last to bed and is always doing things for other people. She gets the young ones ready, she feeds our animals, then she does the housework. Family comes first, but she even finds time to run the local Sunday school, too.

She’s so humble she’ll never take credit. We wanted her to get recognition, so my sister recommended her for an MBE. When Mum received the letter she thought it was spam!

I was so proud when she got her MBE from the Queen. We bussed everyone down to London – my brothers, their partners and children – to have a meal afterwards. It was a double celebration, as it was the anniversary of us adopting Silvi-Ann and Sheryl-Jane.

I’ve never felt jealous of the other children: Mum’s so good at sharing attention around. One of my earliest memories is putting on plays with two foster boys, spending happy hours sorting out costumes and working out who would do what.

There have been challenges. At the moment, we have a 13-year-old girl who has been here since she was seven and a severely autistic boy of eight who arrived in lockdown. We discovered he hardly sleeps and his room is right underneath mine. That called for some sound-proofing!

It’s rare for a placement not to work as we are all about sharing and openness. But two years ago, we had a seven-year-old girl who didn’t settle – a large family home wasn’t the right place for her, as she needed to be the sole focus of foster parents.

Mum is my role model. She’s taught me never to procrastinate. Her motto is, ‘If I don’t do it now, it’s never going to get done.’ Most of all, I can see how rewarding her work has been. It’s made me more compassionate, and I’ve learnt so much about living with children with special needs. When I hear about what they’ve had to go through with no help, I really feel for them.

I was so surprised when I won the Outstanding Contribution award. I’m just happy I’ve helped Mum make a difference to so many children’s lives. 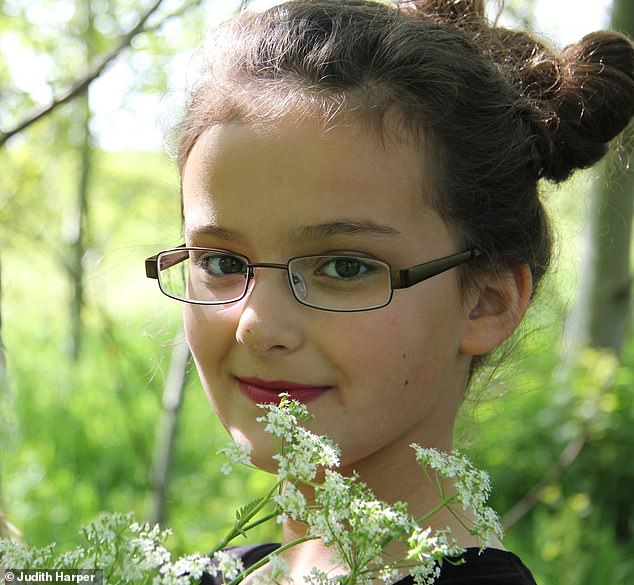 Judith and Sabrina-Jayne in four

Describe each other in three words

Judith: Not picking her clothes up off the floor.

When you’re together, you love…

Judith: Having her by my side while we look after the younger children.

Sabrina-Jayne: Watching Friday Night Dinner with her, Dad, my sister and the dogs once everyone else is in bed.

Your favourite memory of each other?

Judith: When she posted the letter so we could adopt Silvi and Sheryl.

Sabrina-Jayne: Spending time on the beach near our holiday home in Minehead.

Judith and Stephen foster through familyplacement.com, an independent agency and part of the National Fostering Group, providing foster care across Southern and Central England. Visit nfa.co.uk/enquire-now for details about becoming a foster carer