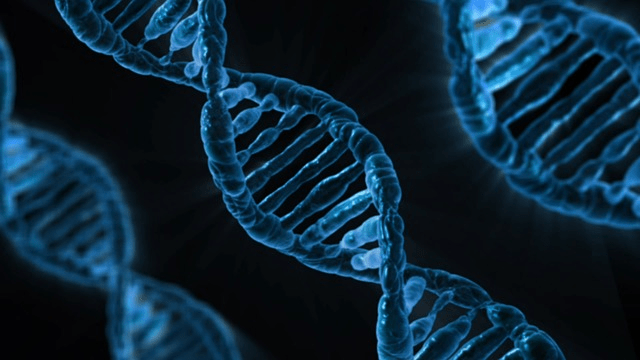 Rare diseases can be difficult to detect, manage, and much more, prevent. Not only are they rarely studied because of the small number of incidences, but they are also hard to observe and research, as only a minority happen to suffer with them. One such condition is called the MTHFR Gene mutation. 25% of Hispanics and 15% of Caucasians (read more) suffer from this condition. You won’t be affected by the mutation directly but suffer from the results it brings about.

Because of its contentious nature, there are few studies that can hold up any claims regarding the mutation of the gene. And those scant amounts of academic journals aren’t enough to reach a conclusive statement and an effective solution. However, they are significant enough to raise alarm, especially towards the diseases that can come about due to it. Here are some of those conditions you’ll have to watch out for when diagnosed with MTHFR Gene mutation.

Homocysteine is a type of amino acid that is usually broken down into more valuable forms by certain vitamins (usually by Vitamins B12, B9, and B6). One of these useful forms is Methionine, which is essential in maintaining the cell’s healthy function. It is also allegedly known to be an antioxidant (link: https://www.urmc.rochester.edu/encyclopedia/content.aspx?contenttypeid=19&contentid=Methionine) in the body, but there are no further studies about it. Despite this, it still stands as one of the essential converted amino acids that our body needs.

MTHFR Gene mutation is simply the disruption of the normal gene pattern that causes a malfunction. When this happens, an elevated amount of homocysteine is found in the body. Elevated levels of this amino acid can deplete the natural stores of B9 in the body, causing an array of diseases and conditions, from heart issues to brain problems.

B9 is an essential vitamin in charge of maintaining many bodily functions. On a cellular level, it works to keep the cells healthy. It also oversees the effective formation of red blood cells in the body. In pregnancy, it becomes a priority vitamin to give to the mother in order to ensure no neural tube defects or brain defects happen to the fetus pre-labor.

Some diseases are directly connected to high levels of homocysteine and a plummeting vitamin B9 in the body. Some of these conditions include thrombosis (clot formation), a spike in Albumin in the body, Atherosclerosis (hardening of the heart blood vessels), Alzheimer’s disease, and bone fragility. These may be some of the riskiest conditions, but they have a low incident rate.

The more severe diseases have higher incident rates compared to the aforementioned, unfortunately. They are as follows:

This is a hair loss condition and one of the many types of Alopecia. Areata is the first stage, causing bald patches to the hair on the head. Totalis is, as the name suggests, total hair loss. This includes the eyebrows, eyelashes, and mustaches. It is the second stage of Alopecia, the third being Universalis.

Universalis is also a self-explanatory name. Universalis means the patient will be rid of all hair on the surface of their epidermis. This affects all and any living on their skin, from their arms to their legs, and even their chest. Usually, Alopecia does not worsen until Universalis unless there are factors supporting its progress and if the patient leaves it untreated.

Alopecia can significantly affect one’s immune system. With this plummet in the body’s fortification, more and more opportunistic diseases can enter and wreak havoc instead.

This neural tube defect is due to the spent reserves of B9 in a person suffering from MTHFR Gene mutation. When Folate is absent from the body, the risk of infants developing neural tube defects is at its highest. One of those defects, and perhaps the most lethal, is anencephaly.

Anencephaly is the absence of the cranium (or the skull) pre and post-birth. Just imagining this can already send alarm bells in your head, even if you have no medical training. If an infant doesn’t have a skull or only has a part of their brain, it’s very likely they won’t survive for more than a couple of days.

One of the riskier conditions but has been seen to have a big chance to be treated with proper medical assistance. Spina bifida defect affecting the spine directly. This happens when the spine doesn’t close fully, thus affecting the proper placement and appearance of the said column.

Occulta is a type of Spina Bifida that doesn’t have any major appearance change nor unusual symptoms. Closed Neural Tube Defects is another that compiles more than one neural tube defect (along with spina bifida) and primarily affects the spinal cord.

Lastly, Meningocele is the usual face of this disease, with the infant having a protruding sac either having or not having a part of the cord with it. The bigger the sac is and the more of the cord there is inside the sac, the higher the risk for adverse effects after surgery, such as paralysis or mental retardation.

Possible Treatment And Prevention Of MTHFR

For people suffering from high amounts of homocysteine in their bodies, there are several treatments available. They can be in the form of MTHFR gene mutation supplements and others such as folic acid, B6 and B12, and Methionine. Because of the risk for a rebound in taking these supplements, it’s wise to speak to the doctor first before considering taking them.

However, since the root of this condition is that of family gene history, there is no possible way to entirely circumvent it. There is also no necessary treatment for MTHFR gene mutation other than a controlled diet and regular exercise.