Nowhere Special review: One of those small, sombre films that tugs at the heartstrings

James Norton is probably best known as the vicar turned detective in the popular ITV series Grantchester, or as the handsome playboy at the heart of all those murky goings-on in the BBC’s McMafia.

It was the latter that put him in contention to be the next James Bond, a role for which, according to the bookies, he is still third favourite.

But like most actors, he likes to demonstrate his dramatic range, so in Nowhere Special he’s stubbled up and dressed down to play a quiet Ulster window-cleaner who’s also the devoted single father to a three-year-old son. 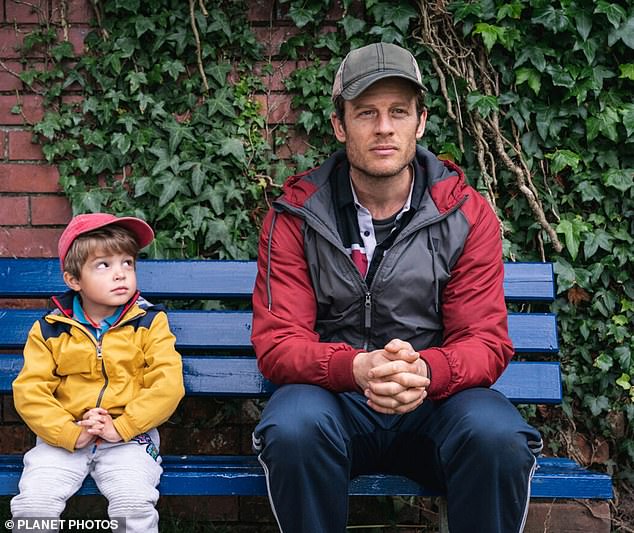 James Norton (above, with Daniel Lamont) is probably best known as the vicar turned detective in the popular ITV series Grantchester

But there’s a problem – John (Norton) is dying. So who is going to look after young Michael when he’s gone?

For as long as he can, John wants to give Michael as normal a life as possible. So he combs his hair for nits, shares ice cream in the park and watches football games with him, which they will never play.

But, ever more frequently as John gets frailer, they have to meet up with social services and visit the couples who might just be Michael’s new adoptive parents. Some are wealthy, some are desperate, and others seem so unsuitable you can’t understand how they’re even being considered.

Directed by Uberto Pasolini, this is one of those small, sombre films that tugs at the heartstrings and then tugs some more. Yes, it’s a little predictable and teeters on the edge of bathos at times, but Norton is quietly impressive, young Daniel Lamont spot-on as Michael, and there are a couple of lovely supporting female performances too.

If I were trying to shed new light on a long-forgotten black music festival and had present-day contributions from the likes of Stevie Wonder, Gladys Knight and Lin-Manuel Miranda, I’m pretty sure I’d have at least a taste of them near the start.

But Ahmir Khalib Thompson, also known as Questlove, director of Summer Of Soul, makes us wait as less well-known but highly personable contributors set the scene – explaining what the Harlem Cultural Festival of 1969 was all about, why it’s been forgotten and why what became known as the Black Woodstock is still so important half a century later. 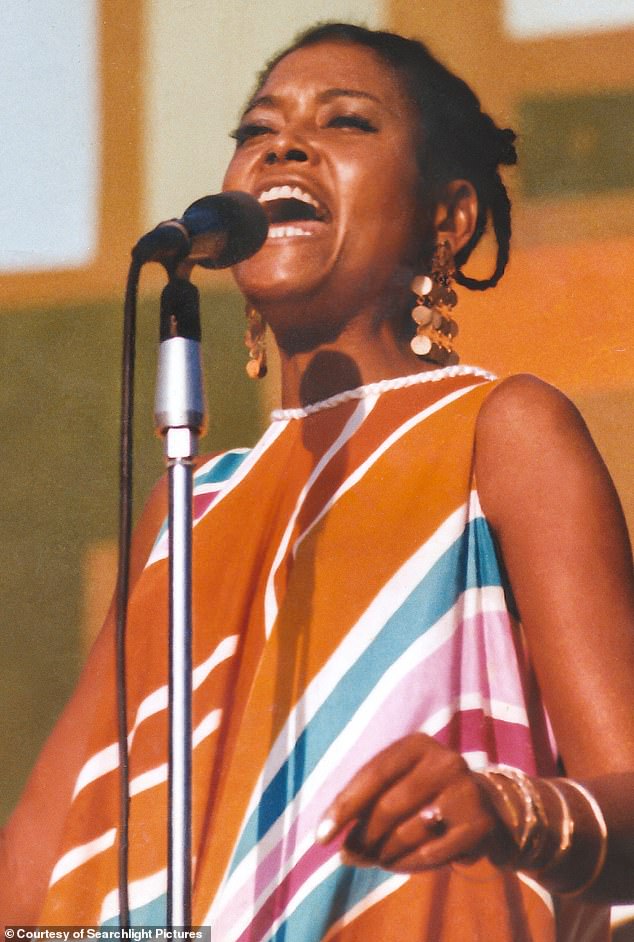 Highly personable contributors set the scene explaining what the Harlem Cultural Festival of 1969 (Abbey Lincoln, above) was all about and why it’s been forgotten

It’s his creative decision, it works, and the end result is an absolutely fascinating documentary, helped by an abundance of archive footage that apparently lay forgotten in a basement for 50 years.

And there’s the brilliant Nina Simone still to come.

Eight years after the original, the prehistoric, cave-dwelling cartoon Crood family are back in The Croods 2: A New Age, which sees the family – guided by their young friend Guy – embark on a long search for ‘tomorrow’ that eventually brings them into contact with the compound-building, tool-making farmers known as the Bettermans. 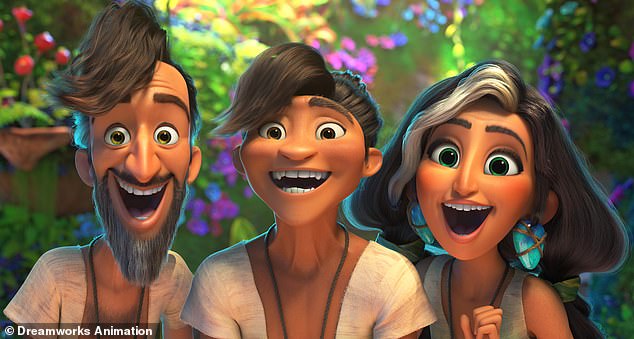 Cave-dwelling cartoon Crood family are back, which sees the family – guided by their young friend Guy (above centre, with the Bettermans) – embark on a long search for ‘tomorrow’

And colourful and very funny it is too, with top-notch Crood voice regulars – Nicolas Cage, Emma Stone, Ryan Reynolds and Catherine Keener – being joined by an on-form Peter Dinklage and Leslie Mann as the Bettermans.

The ‘punch monkeys’, however, may be a little violent for younger children.

By contrast, Space Jam: A New Legacy is a sequel to a film made 25 years ago that brought the Looney Tunes cartoon characters – Bugs Bunny, Daffy Duck, Speedy Gonzales, etc – together with basketball legend Michael Jordan.

A quarter of a century on, it’s another basketball star, LeBron James, who joins the team in a Tron-like story that sees LeBron and his video-game-designing son trapped in the Warner Bros super-server playing for their freedom.

The first and last 20 minutes are quite fun, but what comes in between is interminable.