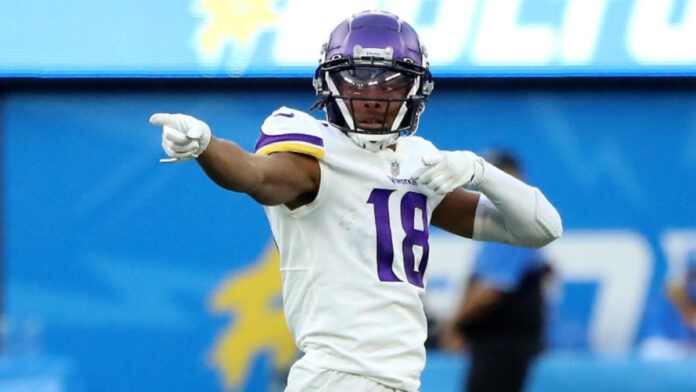 The summer months are a perfect time for playing at the best online casino as this is when the sports calendar really starts to slow down. That all changes again beginning in September as the NFL season will kick back up and get going.

The NFL is clearly the most popular sport in the United States, and it draws so much more attention than the other sports. Even though the games don’t start for another couple of months, now is the perfect time to make some predictions for the 2022 season.

Picking the NFL Division winners is not an easy task, but it can be done. Here is a look at which team will win each division in the NFL.

The AFC East used to be dominated and controlled by the New England Patriots, but now it is the Buffalo Bills that are the clear betting favorites. Buffalo should be one of the best teams in the NFL this season, but they will actually have some tests in the AFC East.

The New England Patriots and Miami Dolphins are both good enough to keep pressure on the Bills, and the New York Jets won’t be terrible either. Despite a strong push from the other three teams, it will be the Buffalo Bills that come out on top.

There are a couple of divisions in the NFL that will be fun to watch this season and the AFC North is one of those divisions. You could make a case for all four teams to win this division title, but the Pittsburgh Steelers appear to have some pretty big weaknesses.

The Cincinnati Bengals are actually the defending champions of the entire AFC, but it’s hard to see them winning this division. Baltimore is the clear betting favorite and the Cleveland Browns should be in the mix as well.

This will be a tight race throughout, but it will be the Ravens that end up winning the AFC North Division title.

The AFC South will be a two-team race between the Tennessee Titans and the Indianapolis Colts. Both teams are good enough to make a deep run in the playoffs this season and there just isn’t a ton of separation between them.

Tennessee has one of the best players in football in Derrick Henry and that should make them the team to beat. The Colts will keep this race close, but the Titans are going to come out on top.

Good luck trying to figure out the NFC East Division as none of these teams are really very good. The Dallas Cowboys should be the team to beat in the NFC East, but they don’t always show up and dominate opponents.

The Philadelphia Eagles feel like the only team that really has a shot to knock off Dallas, but they have some pretty glaring holes. New York and Washington are going to struggle in 2022, and they won’t spend much time in the race.

Take the Cowboys to win the NFC East Division in 2022.

The Green Bay Packers continue to make a mockery of the NFC South Divisional race, and nothing will change in 2022. Green Bay has Aaron Rodgers still and the rest of the teams in that division can’t find a way to stop him.

The Minnesota Vikings could be good enough to reach the playoffs in 2022, but it will be the Packers that once again win the NFC North Division.

There really isn’t much that needs to be said about the NFC South Division as this will not be a close race at all. The Tampa Bay Buccaneers are one of the betting favorites to win the Super Bowl this year and they will have little trouble winning the NFC South.

The NFC West should be the best division in football in 2022, and that’s even with the Seattle Seahawks looking like a struggling team. The Los Angeles Rams are the defending Super Bowl champions, but they might not even be the most complete team.

The San Francisco 49ers are likely going to give the Rams the biggest challenge, but the Arizona Cardinals are going to be great as well. Whichever team is going to end up winning the NFC West Division is going to have to work hard for it.