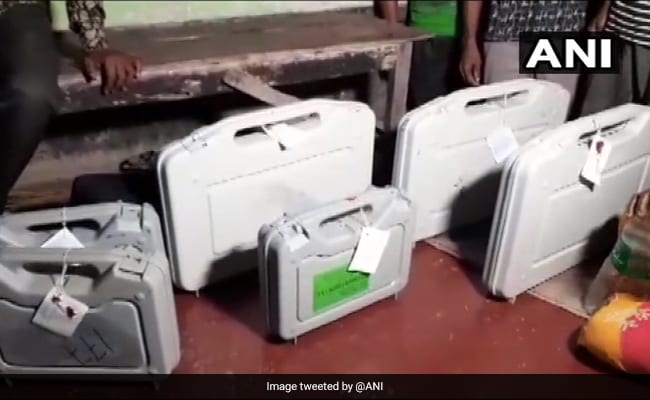 The Supreme Court has agreed to hear the Election Commission’s plea of EVMs and VVPATs.

The Election Commission (EC) today moved the Supreme Court seeking the release of electronic voting machines (EVMs) used in a bunch of assembly polls held earlier this year. The polling apparatuses are lying unused because of the extension of the deadline by the top court to file poll-related pleas owing to the second Covid wave.

The EC today sought an urgent hearing on the matter saying the EVMs will be needed in the Assembly elections in Uttar Pradesh, Uttarakhand, Punjab, and other states, which are due in the next few months.

“We have to maintain these EVMs and VVPAT machines and hearing is necessary as elections in states such as Uttar Pradesh, Uttarakhand, and Punjab are coming up. These machines would be needed for upcoming polls,” Mr Singh said.

The court had, on March 23 last year, invoked its plenary power under Article 142 of the Constitution to extend the limitation period of appeals from courts or tribunals on account of the pandemic with effect from March 15, 2020.

These appeals include poll-related ones too, which, whenever they are made, require the verification of the EVMs and VVPATs. However, due to COVID-19, the deadline for appeals has been extended several times, especially amid the deadly second wave of the pandemic.