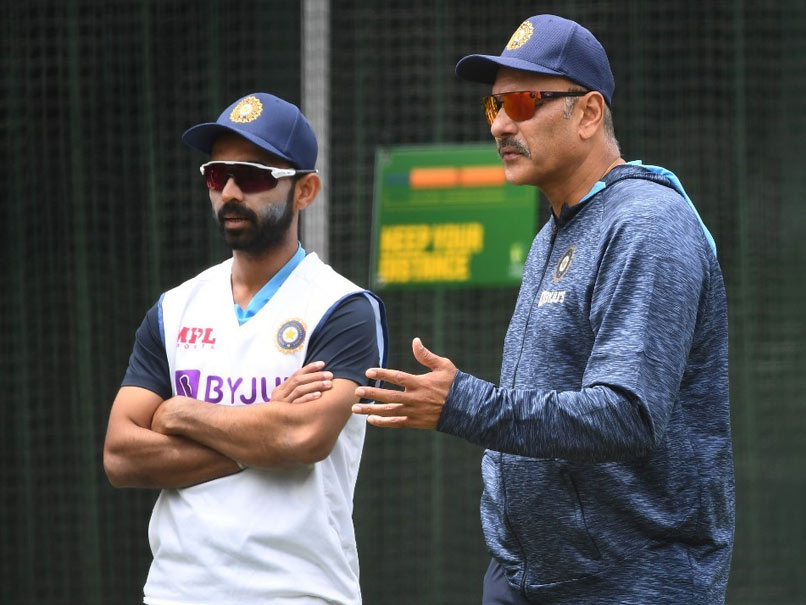 
Going into the Australia series, there was a lot of speculation on whether the families of the Indian cricketers would be allowed to accompany the team Down Under. And it has come to the fore that head coach Ravi Shastri was the one who ensured that the cricketers had their families next to them. Speaking on R Ashwin’s YouTube channel, fielding coach R Sridhar revealed how Shastri put his foot down and said that the families must be on the plane to Australia.

“Do you know something? When we were quarantined in Dubai, before the last 48 hours, they suddenly announced that the families will not be allowed. So before the Australian tour even started, they started their sledging — their off-the-field sledging. We had calls during night time.”

“And then there was time difference as well and we had to co-ordinate between Dubai, India and Australia. Sorry families not allowed, Australian government is strict on this. There were total 7 players who had brought their families and kids. How to convey this to them? Then came Ravi Shastri into the scene. He then setup a zoom meeting since all of us were in our rooms in quarantine in Dubai.”

“He said ”If families are not allowed, then we would not be going to Australia as well. Do whatever you can. That’s the news from the centre”. And then he added ”no one knows Australia better than me. I have been going there for the last 40 years. How one should behave or bargain with them, I know”. He gave his usual sigh after that. He literally made sure that BCCI listened to what he said. Australian government worked overnight during the weekend to get the permission,” Sridhar said.

Ashwin threw further light on how it suddenly got difficult with strict bio-bubble rules, after the team was promised slight relaxation after the initial period of quarantine.

“Before even 2021 began, we had an incident in Melbourne. When they called us to Australia, how did they invite us? You are all ready stuck in a three-and-a-half month bubble here. You are here now, here we have soft bubble. If you are quarantined once for 14 days, you can go out for coffee, you can have lunch.”

“They said all this and suddenly when it was 1-1, they ordered us, ”Stay in your room guys. How can you stay in a room? I was here with my kids as well. It was a difficult time for us, media was going crazy”,” the spinner revealed.

Even though Ashwin couldn’t be a part of the final Test at The Gabba, the injury-ravaged Indian boys managed to breach the fortress and win the series 2-1. It was Australia’s first loss at the Brisbane Cricket Ground since the November 1988 loss to Viv Richards’ West Indies.