Rosie Green: The bravest thing I ever did in bed 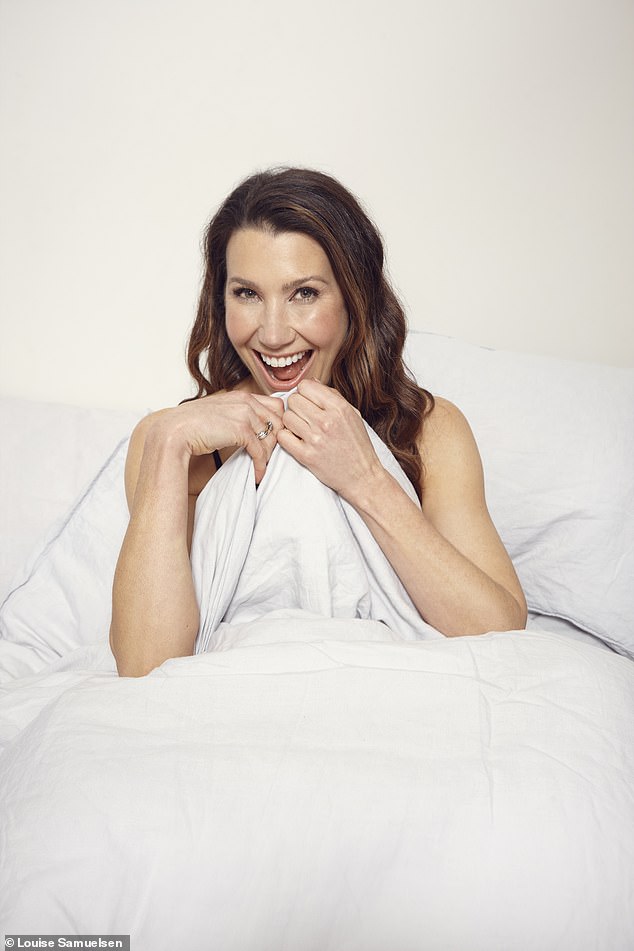 Erm, you mean like 1,000-thread-count pillowcases, a memory-foam topper and eggs benedict cheffed up by a Thelma & Louise-era Brad Pitt?

Honestly, when I was asked that question by my boyfriend it elicited discomfort levels akin to running a marathon in a thong two sizes too small.

When it comes to sex talk I’m more buttoned-up than Kim Jong-un’s shirt.

Why is it we can happily answer personal questions from the medical profession on the quantity of alcohol units we consume (halve it, then knock a few off for good measure) with less squirming than we can talk with our partners about our erogenous zones?

I mean, I can talk about the fact the inside of my oven is so filthy it looks like Nigel Farage has been in there smoking Woodbines, but not utter the words, ‘I really like being touched here.’

Why? It feels so exposing. So I/we don’t. Perhaps we believe sex talk is crass? Or that it will expose us as sexually voracious? Or boring. Or clueless.

On the Netflix show The Goop Lab there was an episode, The Pleasure Is Ours, in which Goop’s then chief content officer Elise Loehnen says of women, ‘We’ve been taught not only not to name our desires, but not to even acknowledge that we have them.’

In my marriage we had the formula for success sussed. Poke here, stroke there – satisfaction achieved. No need for dialogue, thank you very much. But that meant sex followed the same routine for, er, 26 years.

Which is a shame as, according to every sex-pert out there, the flames of desire are fanned by novelty.

The uber-glamorous American sex therapist Dr Emily Morse, whose mission statement is ‘to normalise sex and pleasure’, says, ‘If you don’t tell your partner what you want the sex is going to stay the same.’ She continues, ‘Communication is the emotional lube of relationships.’

So, after the end of my marriage, I want to be more grown-up about sex. To talk about it with my partner. I’ve learnt (in a delightful way) that talking is not necessarily important in the initial honeymoon period when, quite frankly, anything pushes your buttons. Your man could have a predilection for dressing up as Star Wars characters and you’d still think he looked hot.

But, after that first flush of desire, communication is critical. So I’m trying to get more comfortable asking for what I like. What makes it all easier (apart from half a bottle of rosé)? Well, there’s no sugar coating it, the first conversation is the hardest. My advice? Just do it.

After some voracious googling (and personal experience), I learn that it’s easier to be more upfront in a new relationship. If that’s your situation, say what you like from the start. But however long you’ve been with your partner, it’s about dedicating some time to ‘the chat’ in a non-stressful environment away from the bedroom (because that risks inducing performance anxiety). And, when you communicate with your partner, focus on the ‘I feel’ or ‘I’d love it if you…’ rather than, ‘I don’t like it when you…’ because nothing’s going to puncture anyone’s libido quicker than saying, ‘That licky thing you do to my ear? It reminds me of being slobbered on by my aunt’s halitosis-prone German shepherd.’

One hurdle I have to get over is the use of the words ‘shagging’ or ‘snogging’ which, according to my boyfriend, are arousal-wilting stuff. After some self-analysis I realise I use those terms because I feel they are somehow less ‘dirty’. By using jokey language I’m making myself less sexual and therefore less vulnerable; taking it less seriously. Humour is my way of deflecting embarrassment.

But letting your partner know the basics of your physiology – this feels good and that doesn’t – and the location of your erogenous zones has got to be worth communicating.

The pop star Lily Allen said of the end of her first marriage: ‘It was my fault because I wasn’t feeling empowered and I wasn’t able, at that point, to communicate my wants and needs and so things broke down. I don’t want that to happen again.’

So, come on, what gets you excited?

And no, your answer cannot be, ‘Charlie Bigham’s lasagne on special offer’.