Serie A: Juventus Apologise For “Unforgivable Mistake” After Women’s Team Tweet Cause Uproar 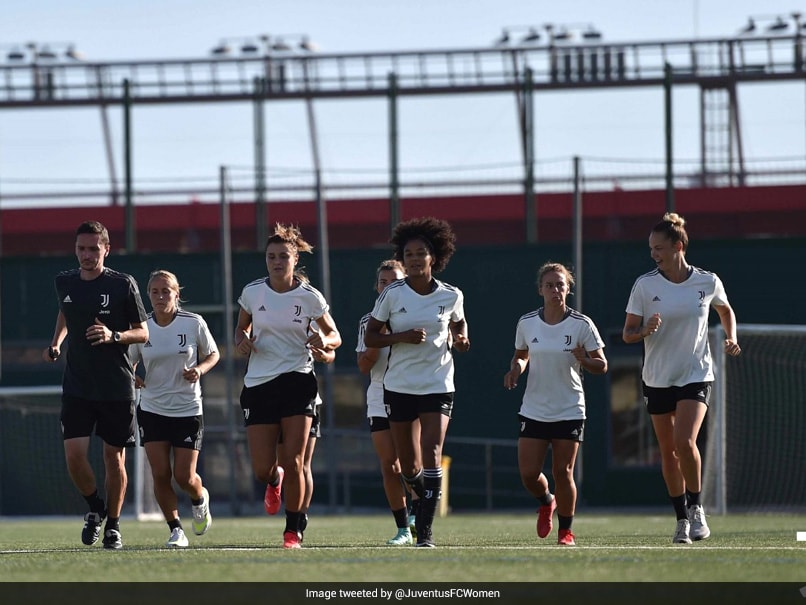 The Juventus women’s warm up in Barcelona for pre-season.© Twitter


Juventus on Friday apologised after the Serie A club’s women’s team published a tweet depicting one of their players performing a slanty eyes gesture which stereotypes people from East Asia. The tweet, published on Thursday night, featured Italy international Cecilia Salvai with a training cone on her head pulling her eyes with her fingers and was accompanied with emojis which also depicted the gesture. It was hastily taken down after attracting an avalanche of criticism from Twitter users, after which the team’s account published a statement in which it insisted the tweet “was not meant to cause controversy or have any racial undertones”.

“Juventus immediately realised that the Club had committed an unforgivable mistake, and this mistake has seriously hurt the feelings of all people who oppose racial discrimination.”

It continued: “Juventus acknowledges this mistake, and the Club will make the most profound reflection and thorough review to prevent similar things from happening again.”

Italian football has been hit by a host of racist incidents in recent seasons, with monkey chants being aimed at black players by supporters on a number of occasions.

In April 2019 Juve defender Leonardo Bonucci was heavily criticised for saying blame should be shared “50-50” after former teammate Moise Kean was racially abused by a group of Cagliari fans during a match.

Napoli defender Kalidou Koulibaly and Mario Balotelli, among others, have also been targeted by racist chants from supporters.

In December 2019 Serie A was forced to apologise after using art featuring monkeys in an anti-racism campaign.

Five years previously Carlo Tavecchio, who would subsequently become head of the Italian Football Federation, referred to African players as “banana eaters” in a speech held at an assembly of Italy’s amateur leagues.