Judging by the feedback, this year’s crop of Oscar- winners – Nomadland, Sound Of Metal, Minari etc – have underwhelmed as many as they have entertained in our fabulously reopened cinemas.

Too slow, too niche, too boring… begin the complaints.

Well, The Father, deserved winner of two Oscars, is the film that changes all that. With a career-defining performance from a dazzlingly good Anthony Hopkins and a theatricality that transfers beautifully to the big screen, this is the Oscar-winner you really do want to see. 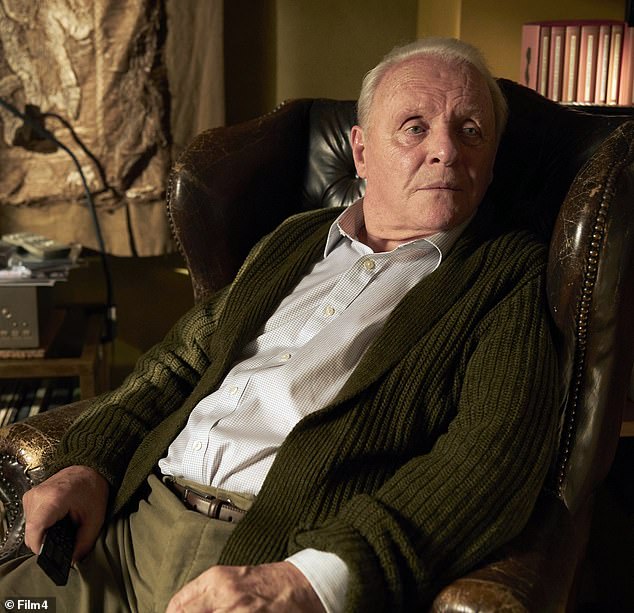 With a performance from a dazzlingly good Anthony Hopkins (above) and a theatricality that transfers beautifully to the big screen, this is the Oscar-winner you really do want to see

No, it won’t send you out into the street with a skip in your step or a smile on your face, but you’ll have seen one of the best performances of Hopkins’s long career, been royally intrigued by the sheer cleverness of writer and director Florian Zeller and have an awful lot to talk about on your way home.

It’s also one of those films best enjoyed when you know very little about it. So let me just say that the 83-year-old Hopkins is playing a still-well-turned-out Londoner of the same Christian name and similar vintage who shares a large mansion flat with his middle-aged daughter Anne, played (very nicely) by Olivia Colman.

Anthony can be eloquent, charming, even flirtatious with a pretty new carer (Imogen Poots). But he’s also suspicious, irascible, easily confused and obsessed with the whereabouts of his frequently missing watch.

Dementia? Or more complicated than that?

Hopkins’s multi-layered performance conveys an extraordinary range of emotions and is fully deserving of the Oscar for Best Actor, the second of his amazing 60-year career.

But Zeller – co-adapting from his own stage play, alongside Christopher Hampton – fully earns his Oscar too. This is a brilliantly constructed, challenging and deeply revealing film but it holds your attention from beginning to heart-wrenching end.

You’ll want to have seen it.

John Wick, you may recall, was the professional assassin who came out of retirement when some foolish Russian gangsters killed his dog. In Nobody, Hutch Mansell, purportedly a dull suburban accountant, does something very similar, not when armed thieves break into his house but when he realises they have stolen his small daughter’s favourite bracelet.

For inevitably it turns out that Mansell – played enjoyably if improbably by Breaking Bad and Better Call Saul star Bob Odenkirk – is the guy various agencies used to call when they needed something ‘clearing up’.

And now he’s back in business, with the bad guys getting badder, and more Russian, with every bloody encounter.

Moscow-born film-maker Ilya Naishuller directs with slightly derivative style but at enjoyable pace, while Odenkirk improves as the comic undertones kick in.

It’s still very violent but surprisingly good fun if you like this sort of thing and features a startling cameo from Back To The Future star Christopher Lloyd. Probably just what commercial cinema needs right now.

Buoyed, possibly, by the critical success of Babyteeth last year, another Australian coming-of-age drama arrives on our shores, although sadly Ellie And Abbie (And Ellie’s Dead Aunt) has neither the performances nor the screenplay to make it essential watching. 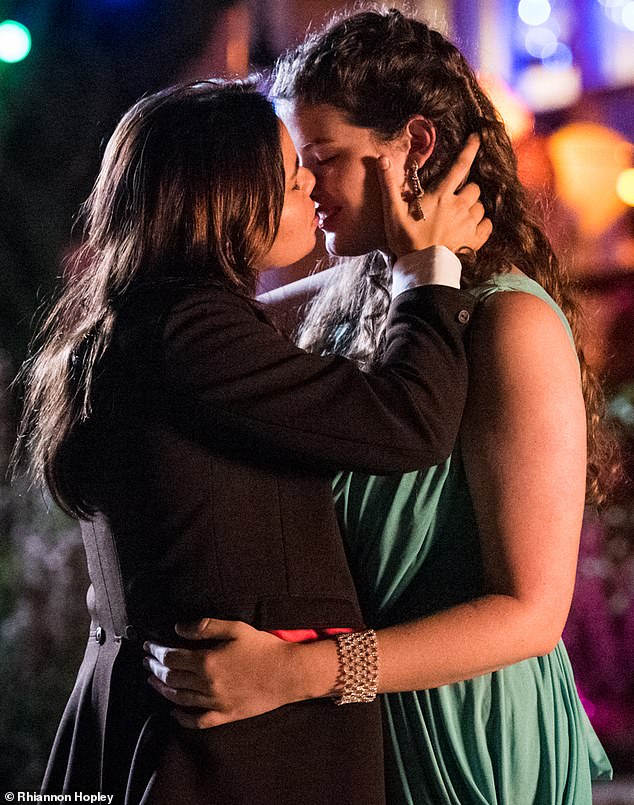 Ellie turns out to be a 17-year-old schoolgirl who thinks she might be in love with her classmate Abbie (Zoe Terakes, above, with Sophie Hawkshaw as Ellie)

But at least the extravagant title gives you a big clue as to what it’s about, with Ellie turning out to be a 17-year-old schoolgirl who thinks she might be in love with her classmate Abbie (Zoe Terakes).

Ellie’s mother receives the news badly, which is when the ghost of Ellie’s long dead aunt – a veteran gay rights activist from the 1980s – arrives to offer advice.

Randall And Hopkirk (Deceased) it most definitely ain’t.