The Foundation of The Abaya 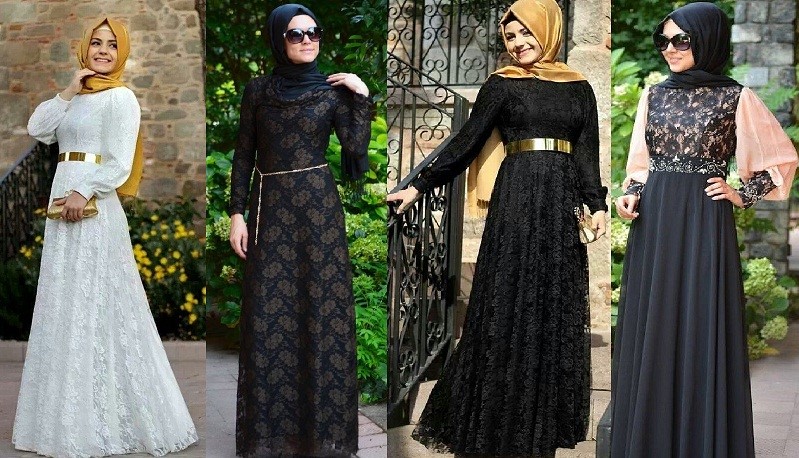 Abaya is a long robe that is loosely fitted and worn over other clothes every day. It has long sleeves and covers the body from the neck to the feet meaning the whole body is usually fully covered. The most known color of the Abaya is black, but over the years, some other colours have started slipping slowly in the market. The local women and many experts over the Middle East and Qatar wear this garment. Moreover, in all the Muslim countries and the Muslim believers, it is taken as the standard Arab Women’s Dress since women find it convenient to cover their bodies and leave their hands, feet, and face exposed. The women usually wear the hijab on their heads without even revealing the hair. Abaya is also complemented with Niqab because it covers the face and the head. The non – Muslims like to wear the Abaya, mostly they blend it with local clothes, and more so, many don’t worry about whatever is underneath the body. They also don’t cover the face and the head like the Muslim ladies.

Muslim women wear the Abaya because it is from the Islam religion and community’s teachings that they should not expose their private parts to outsiders rather than their husbands. It helps create many moral values compared to the women who expose their bodies and more so the private parts. Therefore, it is the benefit of women to cover their bodies, especially when in public adequately. It protects them from revealing the private parts to the men not associated with them. It also protects women from disrespectful, impure thoughts and immoral behavior.

The history of how people started wearing Abaya is unclear, but it’s believed the robe garment existed for over 4000 years. Meaning many generations in the past have worn it to cover their bodies. The first use of Abaya was in Mesopotamia, where the clothing used was loose and is long-acting with the same qualities as the Abaya. The garment sometimes was known as the Abaya, and the only difference is that the Abaya of this time was more revealing than the post-era one. In the pre-Islam period, the women who fully covered their bodies were concerned about status rather than religion. It was a sign of luxury and extravagant to the non-working women. The purpose of using the veil was to separate them from the working class who couldn’t afford the abaya garment and the face veil.

After Islam, religion came in the 7th century, and there was a revelation of the Quran, women’s idea to cover their bodies wholly increased in terms of significance and prominence.  The whole concept was out of the Quran’s teaching for the women not to reveal their bodies. The women were encouraged to wear the abaya garment, which existed from the pre – Islamic era because it could cover the body well. Due to the high use of the garment in the Muslim community, people associate Abaya with Muslims even in today’s world, even though there are many changes from that time.  Because of the nature of Abaya, the Islam religion adopted it as the clothing for their women.

Place of Abaya in today’s world

In many parts of the Muslim world and Arabian cultures, Qatar abaya represents a high level of religious devotion and moves over now, becoming the Arabian clothing for their culture. The garment is usually black though there are color variations in the amidst of black. Besides, since Muslim women always wear Abaya as the only garment, there is a lot of evolvement in it to make it appear more decent than the fashion statement also introduced in it. Therefore, many variations and designs are available today in the market. There is a lot of improvement in Abaya today since, to some, it appears as theArabian Fashionfor women. Still, even with its evolution, the primary purpose remains to cover the whole body.

Before the Arab nations, because rich in oil, only the upper-class people could afford to wear a black abaya known as the “laff.” The normal women wore a large Shayla, which covered the whole upper part of the body and functioned like the Abaya. Therefore, Abaya was positively associated with wealthy people in the society since not many people could afford it. By this time, the garment wore high respect, which still applies today since one can quickly identify a Muslim woman from afar.

After the discovery of oil

After discovering oil in the Arab world in the 1970s, Abaya became the topic to experiment with various silky material types taking charge. By the end of the 1970s, the Abaya was not covering the body entirely. Therefore, was a lot of compromise with this garment since it’s was bunched up only in the waist and only a single side tucked below the arm; this meant the clothing’s on the body’s lower part was visible.

In the 1980s, it is when there was the introduction of the shoulder abaya. It was a black garment that covered the body wholly since it was long. It had full sleeves, which were complemented with a Shyla to cover the head. There was an introduction of Abaya’s experimentation with weights of silk, different types and styles, thus improving on the decorations. There was a lot of Arabian fashion taking over in the decoration of this garment since there was also the use of chiffons, Crepes and georgettes because they were available.

In the 1990s, even though the garment’s basic shape and style remained constant, more decorations and even embroidery, especially lace, became the Abaya norm. By this time, Shyla and Abaya’s pair was available in the market and had similar decorations and designs. There was an introduction of Abaya at this time since it came from Oman it was named “omaniyah” because it was like the tunics from won by Oman men. Later it was also called “Islamic abaya” because it covered the front side and it was better than the previous Abaya, and it was easier even to removes over the head.

In the 2000s, more experiments made the Abaya take another new meaning because there was an introduction of various cuts and styles, some over the top and others too exposed. Also, some abaya had butterflies, bats and everything which had wings. The Abaya, which had waistlines, encouraged various narrow and wide belts depending on the body’s size. The purpose of the changes made was to blend it with the western dressing code.

Today, Abaya covers the body because it surpassed the simple function and evolved to express individualism. Abaya industry grew intensively, and now these garments are available in different shopping malls, bazaars and online stores. Abaya is the Arab women’s dress that no one can ignore in any way. It’s the norm of Muslim women to can wear it all their lifetime. There is also an emphasis on Arabian fashion since the world system’s changes do not leave it behind. Abaya today has many designs developed by their various designers and the major target for the market is the Muslim women. Since the adoption of the abaya as the Arab women’s dress there is a lot of evolution on it.