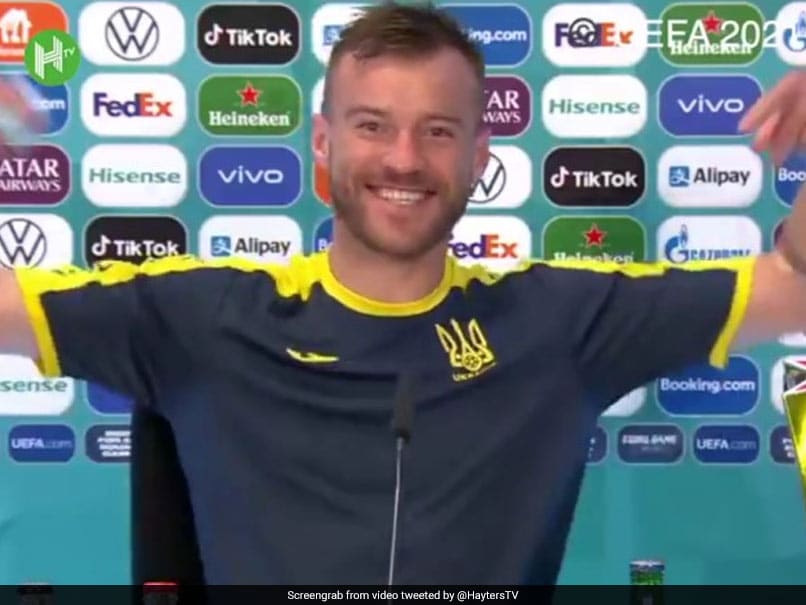 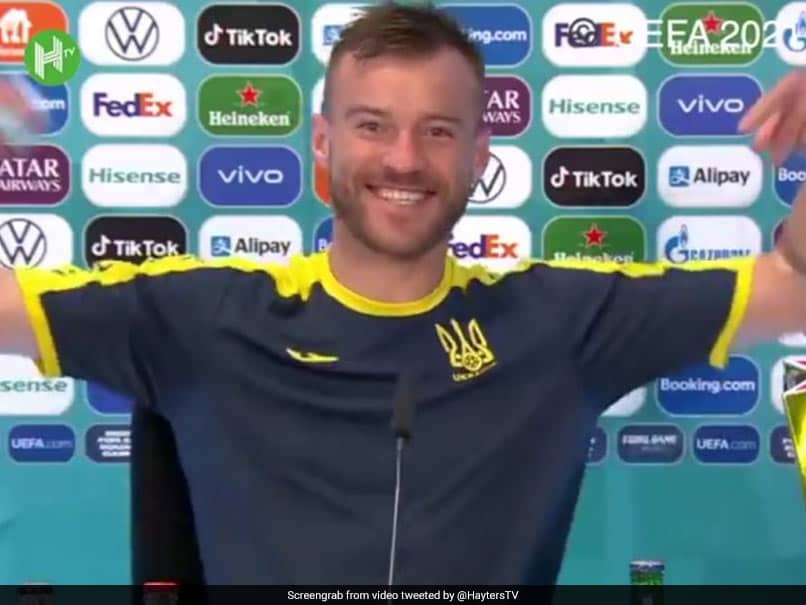 
Andriy Yarmolenko was in a funny mood after Ukraine’s 2-1 win against North Macedonia in their UEFA Euro 2020 Group C encounter, at Bucharest’s National Arena on Thursday. At his post-match press conference, the Ukrainian star took a dig at Cristiano Ronaldo in front of the media, by putting both Coca-Cola and Heineken bottles in front of him. Earlier this week, the Portugal captain had hit the headlines when he removed two bottles of Coca-Cola out of the camera’s sight during a press conference. The Portuguese skipper had also asked the reporters to drink water instead.

Yarmolenko scored a goal for the second consecutive game in Euro 2020, and also assisted against North Macedonia. He also scored in his side’s earlier 3-2 defeat to Netherlands. At his post-match press conference, the West Ham attacker cheekily mocked Ronaldo and even made an attempt to promote himself for potential sponsors.

Andriy Yarmolenko saw what Cristiano Ronaldo did and reversed it pic.twitter.com/koH8o8TCx9

“Can I do something? I’ve seen Ronaldo putting away Coca-Cola bottles recently”, he asked the reporters.

Ukraine are currently second in Group C with three points. Netherlands are on top of the table with six points from two games. Austria are in third spot with three points, followed by North Macedonia, who haven’t registered a point yet.

Ukraine haven’t yet qualified for the knockout stages, and are level on points with Austria. In their penultimate Group C fixture, they are set to face Austria on June 21.