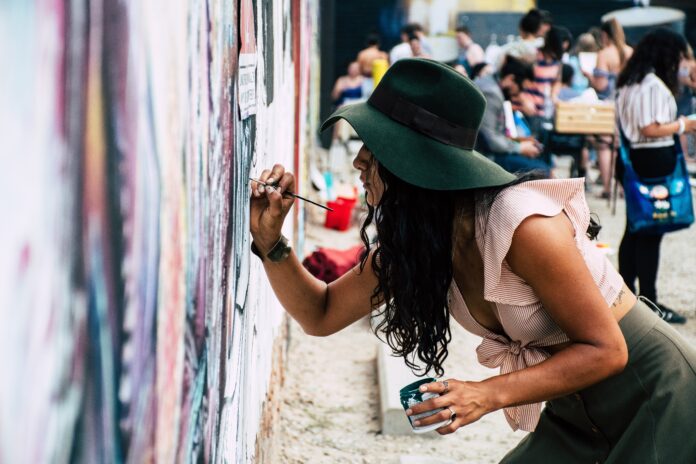 Nashville has been named as the best city for artists, according to new research. The survey, which was conducted by family crafting resource Design Bundles, compared a number of “Arts Vibrant” communities in 20 American metro areas, along with the average cost of housing. The affordability of each city was calculated by researching the average income and housing cost.

Metro areas in the United States consist of major cities, along with surrounding suburbs and nearby cities and towns. Nashville’s metropolitan areas include Davidson, Murfreesboro and Franklin. Nashville has a population of around 690,000, which makes it the most populous city of Tennessee.

Nashville, Tennessee’s capital city, and the surrounding areas scored an art vibrancy rating of 16 out of a possible 20. The arts vibrancy score was based upon factors such as artistic employment, education, and the level of government funding. Nashville’s metro area score is the fifth highest out of the full 20 areas featured in the study.

The metro division’s arts vibrancy score, along with the 12.76 house affordability rating out of a possible 20, produced a combined score of 28.76 out of 40.

Nashville is famous for being the capital of country music. Many artists from around the world travel there with the hope of pursuing a musical career. As such, Nashville has a strong artistic vibrancy and creative energy. The city contains famous musical attractions, such as the Country Music Hall of Fame, as well as a number of galleries and museums that showcase the visual arts in and around Nashville.

Visitors and locals can get a taste of the art scene in the city, both historic and modern, by planning a trip to Nashville’s Museum of Art and the Frist Art Museum. Both museums are located in historic buildings, namely a 1920s Georgian-style mansion and an old post office.

The per capita income in Nashville and the nearby area is $36,878, which makes it the second most affordable area in the survey.

The Cleveland-Elyria metro area is the second-best city for established and emerging artists in the US. Although Cleveland and Elyria earned a low art vibrancy score of eight, the area’s house price affordability was given the highest score of 20. These two scores mean that Cleveland was rated a total score of 28, which is just 0.76 points less than Nashville.

The average salary in the metro area is $34,200, whilst the median value of houses is $161,400. This salary to house cost ratio is the best score for artists in the top five cities list.

Top five cities for artists in the US

There is only a 0.50 point difference in the overall ranking between Washington and New York, and a 0.11 difference between New York and Minneapolis.

The similar rating of the top five cities for artists demonstrates that artistic cities can be found across the United States. Washington is in the northwesternmost state of the country, whilst New York City is located in the northeasternmost state. Minneapolis is also in a completely different region from the two states as it is located in Minnesota, which is a mid-western state.

The fourth-best city for artists to live and work in the United States is New York. This densely populated city, along with the nearby Jersey City and White Plains, has the highest possible score of 20 in terms of the area’s artistic vibrancy. However, the overall score is reduced due to its poor score for house affordability. The survey ranked houses in New York and the surrounding area with an affordability score of 7.27, which is the lowest rating of the five featured cities. This gives New York a combined score of 27.27.

New York City has a worldwide reputation for its performing arts centers and theaters located along Broadway. The artist communities in New York City feature both visual and experimental artists. There are lots of educational institutes where so many artists have studied before embarking on a creative career.

The lowest ranking metropolitan area of the top five cities is Minneapolis and nearby St Paul and Bloomington. Minneapolis is a twin city with St Paul, although they are separated by the Mississippi River. The city is famous for the likes of the Walker Art Center, a contemporary art museum. The nearby Minneapolis Sculpture Garden is also located within the city and features over 40 outdoor sculptures from ten different countries.

Local artists within Minneapolis and the surrounding area are able to enjoy an artistic community that is rated 13 in terms of artistic vibrancy. Combined with an affordability score of 14.16, the Minnesotan region just narrowly misses out on the title of the United States’ fourth top city for artists.

The table below shows the best cities for artists in the United States. The ranking is based on an “art vibrancy” score, along with the housing affordability in each metropolitan area.

A spokesperson for Design Bundles commented on the findings, stating: “Our study shows how regardless of the fame a city or state has, the best places to live while enjoying the most artistic opportunities can be surprising. Nashville and Cleveland might not be considered the artistic centers of the US, but they offer rich and vibrant art scenes which, combined with more affordable housing makes them a very attractive proposition for art lovers compared to the likes of New York or Los Angeles”. Sources

8 Nail Polish Hacks That Will Change Your Life