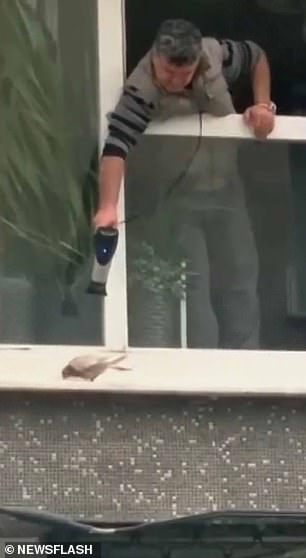 By Darren Boyle for MailOnline

This is the moment a man took pity on a chilly pigeon and decided to give it a blow-dry to warm it up on a freezing cold day.

The kind gesture was filmed in the district of Sultangazi in the north-western Turkish city of Istanbul.

Local resident Sabahattin Yilmaz warmed the cold bird with a hairdryer for about 15 minutes, according  news source DHA. 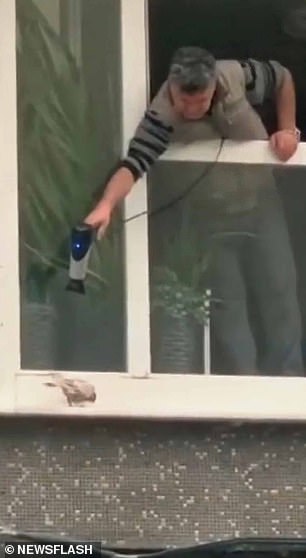 Sabahattin Yilmaz, pictured, used a hairdryer to warm up a pigeon on his windowsill

The incident was filmed by a neighbour before being posted online where it was shared widely.

Yilmaz explained: ‘When I opened the window, I saw the pigeon on the corner of the sill, wet and about to freeze from the cold weather.

‘After I warmed it up, it recovered. I gave it some birdseed as well.

‘However, after about 15 minutes I saw that it was still there so I warmed it up again.

‘After the pigeon recovered again, and after eating a good amount of seed, it flew away.’

Yilmaz added: ‘The whole thing was posted on social media. I did not know about it. The pigeon is a living creature and deserved to continue living, that is why I did it.’