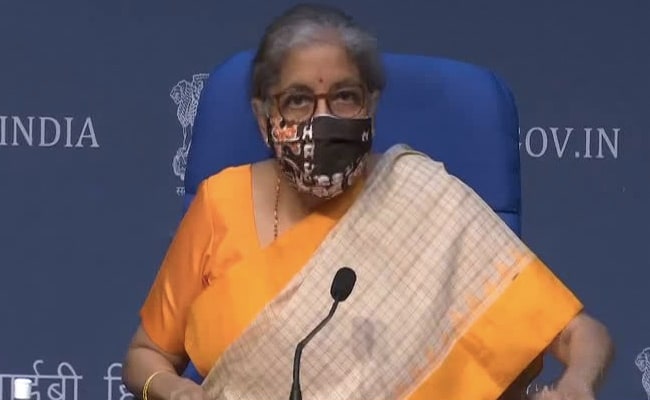 West Bengal Finance minister Amit Mitra has written to Union Finance minister Nirmala Sitharaman urging her to convene a meeting of the GST Council for discussions on Centre’s borrowings to meet the collection shortfall.

In the letter written on November 13, Mr Mitra said that many states had argued at the GST Council meetings held in August and October that the Central government borrow from RBI’s special window to meet the gap between protected revenue at 14 per cent growth rate and GST collections.

Towards this, Mr Mitra said West Bengal Chief Minister Mamata Banerjee has also written to Ms Sitharaman in this regard on October 10.

He said it had been unanimously agreed at the meetings to extend the cess collection period beyond 2022 to meet debt servicing by the borrower.

However, Mr Mitra stated that the Centre had come up with a new proposal by dint of which it will borrow two-thirds of the shortfall pegged at Rs 1.10 lakh crore till January 2021, while the remaining Rs 72,000 crore shortfall to be received by the states only after June 2022.

He said the new proposal also provided an additional borrowing limit of 0.5 per cent of GSDP to states to facilitate borrowings of Rs 72,000 crore.

This, he said, amounts to the Centre borrowing only two-thirds of the shortfall and states the remaining portion, if required from the market.

According to Mr Mitra, borrowings of Rs 1.10 lakh crore from the RBI special window will have no bearing on the fiscal deficit of the Centre which will be entirely funded by the cess collections.

Mr Mitra said the Centre had been able to borrow from the special window at five per cent while the states had to pay a higher 6.8 per cent, which implies that substantial debt servicing burden will be generated for them.

In this context Mr Mitra said due to the interest rate differential, the Centre should borrow the entire amount from the special window.

He said that due to the pandemic and cyclone Amphan which battered West Bengal, the state is already in acute financial stress. Mr Mitra said that the Centre should convene a meeting of the council to reach a unanimous decision and thus upholding the spirit of cooperative federalism.