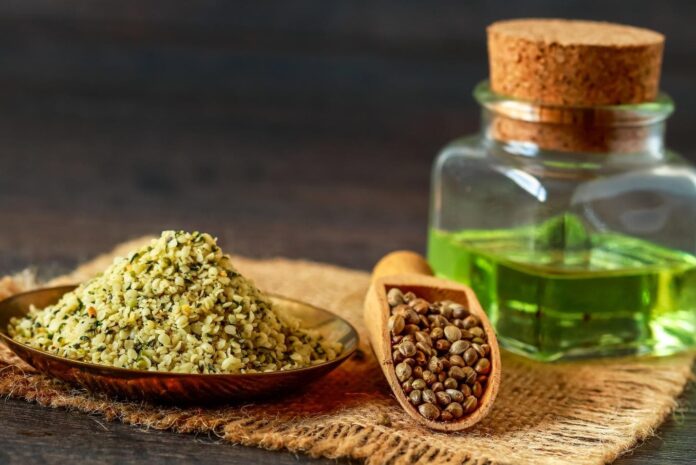 Despite the industry’s ongoing growth, there’s a lot people don’t know about cannabinoids. Cannabinoids like CBD are chemical compounds found in the Cannabis plant.

What are cannabinoids, exactly, and what’s the difference between minor vs major cannabinoids? Keep reading to find out!

Understanding the different cannabinoids can help you make informed decisions before you start shopping. You can choose specific cannabinoids based on your specific goals and needs.

Read on to learn everything you need to know about cannabinoids today!

First, let’s go over the basics: what are cannabinoids?

Cannabinoids are chemicals derived from the Cannabis plant (the source for marijuana and hemp). So far, scientists have identified 113 different cannabinoids. The two most popular major cannabinoids include tetrahydrocannabinol (THC) and cannabidiol (CBD).

THC is the psychoactive compound found in Cannabis. It’s known for causing the “high” associated with marijuana.

CBD, on the other hand, is usually derived from hemp. It doesn’t cause any psychoactive effects. Rather, most people who use CBD claim it eases pain or anxiety.

Both have become popular for treating a range of symptoms and conditions. Scientists are still researching THC and CBD’s full range of effects on the body, though.

Cannabinoids and the ECS

Cannabinoids work by influencing the human body’s existing endocannabinoid system (ECS). Everyone has an ECS, regardless of whether or not they use cannabinoids.

Receptors are located throughout the body. They bind with endocannabinoids to tell the ECS what actions to take.

Enzymes break down endocannabinoids once their job is complete.

Plant cannabinoids like THC and CBD can interact with the ECS. They can bind with receptors just as endocannabinoids can.

THC is able to bind to both the CB1 and CB2 receptors. This allows it to have an effect on both the mind and body.

Scientists are still learning how CBD interacts with the ECS. It seems that CBD works by keeping endocannabinoids from breaking down. This would allow endocannabinoids to have more of an effect on the body.

What Are Minor Cannabinoids?

Remember, there are about 113 known cannabinoids found in the Cannabis plant. There are still new cannabinoids to discover, too.

Both minor and major cannabinoids are formed through specific processes. These processes can occur within and outside the Cannabis plant.

Every single cannabinoid begins with CBGa. This chemical compound begins in acid form.

Through chemical processes, CBGa can become the acid forms of CBD, CBC, and Delta-9-THC.

The acid forms are converted into active cannabinoids with heat or UV rays.

Exposure to elements (like light and air) or aging can also convert cannabinoids into different forms. For example, THC can convert into CBN through aging and exposure outside of the plant.

Each cannabinoid can have a different impact on the human body and ECS. Let’s discuss some of the more popular minor cannabinoids individually.

Cannabigerol, or CBG, is the most abundant non-psychoactive cannabinoid. When extracted, it can create cannabigerolic acid (CBGA). CBGA is used to produce CBD oil.

Cannabigerol might cause a variety of therapeutic properties. Scientists are studying its potential pain-relieving abilities. It might also help manage cancer-related side effects and Crohn’s disease.

Today, you can find CBD in a range to read more here.

Cannabinol (CBN) is produced as THC degrades over time. It might cause drowsiness, though scientists are still learning more.

These sedation effects might occur due to the synergistic action of THC and CBN together.

It’s less psychoactive than THC. It might offer anticonvulsant effects. It might also help decrease anxiety by helping people relax.

Cannabichromene is another non-psychoactive cannabinoid. It might offer anti-inflammatory effects. Some studies indicate it can decrease cell death associated with heart attacks and stroke.

The scarcity of CBC makes it difficult to study, though. Like CBG and CBD, CBC doesn’t interact with the ECS directly. It doesn’t cause intoxication as a result.

CBC might support mood elevation by encouraging the action of natural endocannabinoids found in the ECS.

The acidic form of THC, THC-A, could offer distinct medical benefits that differ from THC. For example, THC-A might reduce vomiting and nausea in patients. So far, we only have animal trials to learn from, though.

This effect might benefit patients who experience vomiting while undergoing chemotherapy treatment.

THC-A might prove more effective in reducing nausea than Delta-9-THC. It might help patients without causing unwanted euphoric side effects, too.

To recap, what are minor cannabinoids? These chemical compounds found in the Cannabis plant are found in less abundant amounts than CBD and THC. They might produce a range of health benefits by interacting with the body’s ECS.

You can explore the benefits of minor and major cannabinoids for yourself today.

Searching for more tips and tricks? We can help.

Check out our latest guides today for more useful advice.

Dangers of a Collapsed Trachea in Dogs

Are There Any Side Effects of Vaping?