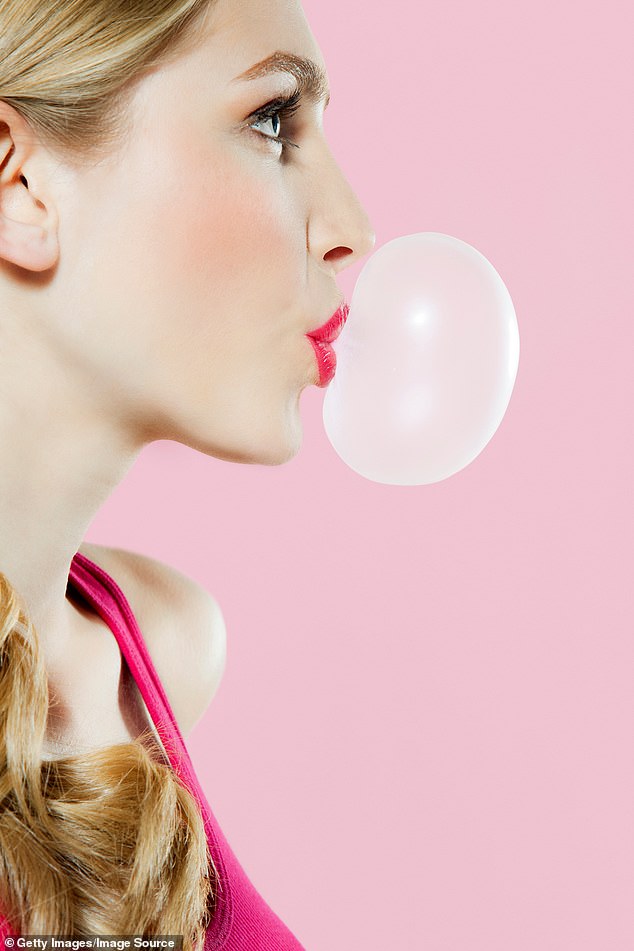 The human brain is the most complex entity in the known universe. Until recently, no one knew whether anything could be done to prevent the effects of degenerative change on it. But science is unlocking its secrets. Contrary to common belief, our brain performance isn’t necessarily on a downward slope as we get older. Some people improve mentally with age – here’s how you can be one of them…

Whereas eating oily fish is good brain food, eating too much food increases the risk of impaired brain function. We know obesity is associated with increased chances of cardiovascular disease, certain cancers and an increased risk of type 2 diabetes. But it’s also linked to diminished brain function in childhood and an increased risk of Alzheimer’s and dementia later in life. In a 2012 US study, participants aged 70-90 showed that high calorific intake (more than 2,143 calories a day) from midlife onwards doubles the risk of memory loss in later life, compared with those who consumed less than 1,500 calories daily.

So what should we eat? Fresh vegetables (particularly leafy greens), healthy fats (such as in oils, including extra virgin olive oil), nuts (but restrict to a moderate amount as they are high in calories), fish, seafood and berries (but not juice). Also beans and other legumes, fruit, low-fat dairy (such as yogurt), poultry and grains. Limit your intake of fried food, pastries, processed foods, red meat and salt.

And drink plenty of water. Dehydration – commonly defined as a fall of more than ten per cent of total body weight through water loss – is bad for your mental performance, attention, short-term memory and mood.

Vitamin C plays a critical role as an antioxidant to protect brain DNA from free radicals (created from essential processes in the body or by external sources such as smoking or pollution) which attack substances (DNA) in our cells. Vitamin D works on enzymes in the brain involved in nerve growth. And vitamin A will not just give you great skin but prevent, limit or delay age-related cognitive decline.

As part of a study into the positive effects of chewing gum on mental performance, a team from the University of Northumbria split 75 adults into three groups. One chewed sugar-free gum, a second mimicked chewing without gum and a third did nothing. Each group undertook tests of attention and working memory. The result: gum-chewers showed an improvement in immediate and long-term memory. Their delayed word-recall was 36 per cent better than the two other groups.

We don’t know why, but it could be that chewing increases saliva production and stimulates areas of the brain that are important for thinking and memory.

Another explanation is that chewing gum increases our heart rate, so providing the brain with more oxygen and nutrients.

Overwhelmingly, research suggests that physical exercise not only helps maintain our brain but can turn back the clock. From late middle age, every year most of us lose one to two per cent in volume of the hippocampus part of our brain, associated with a reduction in memory capacity. However, a study in 2011 looked at brain images of 120 older adults who’d done an aerobic exercise training regime for a year. Their hippocampal volume had increased by two per cent, resulting in improvements in memory, and effectively reversing the age-related loss by one to two years.

Once it was scientific dogma that we are born with a set number of brain cells and start to lose them from the age of 25. But research has shown we can grow new ones through a process known as neurogenesis. Exercise, it seems, increases levels of a chemical that maintains existing brain cells, stimulates the growth of new cells and promotes the formation of connections between them. All these processes contribute to brain plasticity, increasing resistance to brain injury and improving learning and mental performance.

NHS guidelines suggest at least 150 minutes of moderate aerobic activity every week, such as cycling or brisk walking, as well as muscle-strengthening activities on two or more days. Regular yoga has also been proven to boost your brain.

Sitting causes inflammation in the body to increase. Inflammation – a protective reaction of the immune system – is a marker of ageing, so more inflammation means a faster rate of ageing. But we spend so much time sitting down that, in order to compensate, we would need to do 60-75 minutes of moderate-to-intense exercise every day.

Other research has shown that sitting down may shrink the part of your brain tied to memory. So take action by using a stopwatch to time how long you sit every day. Pick a weekday plus either a Saturday or Sunday to record for a few weeks to get an average total sitting time, then aim to reduce this figure by about 20 per cent in four weeks. If you sit at a desk, take a ten-minute break every 45 to 50 minutes. You could consider getting a standing desk, or simply stand up to take phone calls.

Laughter has been key to our survival as a species. It’s as if our brains instinctively know what is funny and prompt us to react accordingly. Intriguingly, according to scientific evidence, women are more than twice as likely as men to laugh responsively, and men more likely by an equal margin to create the laughter.*

How does this work? Our perception of something funny arises in our frontal lobes then activates other parts of the brain. In turn, our heart rate rises, we laugh and our brain releases ‘feel-good’ neurotransmitters: dopamine, serotonin and endorphins.

Loneliness is associated with a faster rate of cognitive decline and is a strong risk factor for dementia. It’s odds-on that if you are often lonely, the structure of your brain will change. This is because social isolation drives powerful chemical responses in the brain, involving structures such as the amygdala (our ‘anger machine’, controlling fear, anxiety and stress) and the hypothalamus (which helps regulate the body, keeping it in a stable condition, and controls things such as mood and appetite).

But it seems this is reversible. A study of 120 older people living in their own homes found that enriching their social lives improved their thinking skills and, after 40 weeks, resulted in significant increases in brain volume compared to a control group.

So exchange a few words with someone daily, whether it’s with the postman or with friends over the phone.

Every day, hundreds of new brain cells are produced through the process of neurogenesis. About half will die within one to two weeks. This programmed cell death is not inevitable and can be stopped by brain training which must be intensive, requiring high concentration and effort every day, for many days. Researchers have found that activities that seem to help include learning to play a musical instrument, learning to play cards and mastering complex new mental and physical skills, such as t’ai chi or juggling Learning a new language can increase the size of your brain as well as being a buffer against ageing. And dancing may help, too. In 2012, a study by North Dakota’s Minot State University found that Zumba dance is beneficial to mood and improves certain cognitive abilities, such as visual recognition and decision-making.

As for crosswords, brain games and puzzles such as sudoku, while they’re associated with better memory, attention, speed and reasoning, they may not be the cause of these improvements. It could be that the people who do these sorts of things are sharp-witted anyway.

A ten-second kiss can transfer as many as 80 million bacteria into the mouth. This may sounds gross, but it’s actually a good thing. One study found that ‘married individuals harbour microbial communities of greater diversity and richness relative to those living alone, with the greatest diversity among couples reporting close relationships’.

This is important because the gut microbiome is closely related to our brain’s health and function. So the greater the diversity of the microbes in your gut the better. With remarkable precision, research has shown that couples who kiss nine times a day have almost equalised the content of their gut microbes.

And don’t stop at kissing. More sexual activity and emotional closeness is associated with the growth of new brain cells, and a better memory at any age. And adults aged 50-89 who have regular sexual activity perform better on mental tests than those who don’t. Research also shows that an orgasm is related to improved wellbeing and reduced stress, partly through the release of stressbusting hormones such as dopamine and the ‘love’ hormone oxytocin.

Plus multiple studies have revealed that an orgasm involves more than 30 integrated areas of the brain, all of which ‘light up’ during sexual activity. So if you have a partner, make the effort to kiss them to reap the benefits – and more.

Professor James Goodwin is a founding member of the Global Council on Brain Health and director of the Brain Health Network (www.brain.health). This is an edited extract from his new book Supercharge Your Brain, to be published on 1 April by Bantam, price £14.99. To order a copy for £13.19 until 11 April, go to mailshop.co.uk/books.or call 020 3308 9193 Free UK delivery on orders over £20.