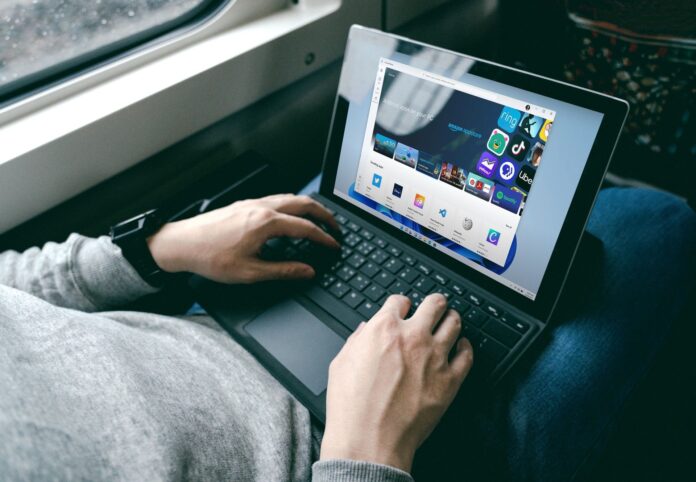 Without question, Android is the most popular smartphone operating system right now. We can enjoy some powerful apps because Android is built on Linux and is open-source by nature. You may find apps for nearly every purpose on the Google Play Store. Similarly, you may use a few Android applications to control a PC.

This article lists some of the best Android apps to control the PC from Android. The amazing thing about these applications is that they also offer screen-sharing capabilities, allowing you to take complete control of your desktop or laptop computer. So, let’s look at the top Android applications for controlling your PC as recommended by AppzforPC.com.

To operate a PC from an Android device, users must first download and install the Chrome Remote Control on their Chrome browser and smartphone. Users may effortlessly manage the PC screen from their smartphone once connected.

TeamViewer is a popular remote access program for Windows, Android, iOS, and macOS. The fantastic thing about TeamViewer is that it does not require both devices to be connected to the same WiFi network to initiate a remote session.

Launch the app on both devices and share the User ID and Password to access the remote device. TeamViewer can even operate Android from iOS, Windows from iOS, and so on.

Once loaded on an Android device, Unified Remote transforms your phone into a WiFi or Bluetooth universal remote control for PC. It works with Windows, Mac, and Linux computers, and the server setup is simple.

Connect the mobile app to the PC receiver once it has been installed. Once linked, you may play PC games, transfer data across devices, and use PC capabilities. Overall, PC Remote is an excellent tool for controlling a PC from an Android device.

The amazing thing about KiwiMote is that it allows users to operate their PCs through WiFi from their Android devices. To run KiwiMote, your computer must have Java installed.

Another advantage of Kiwimote is that it is compatible with Windows, Mac, and Linux computers. That means you can use Android to manage Windows, Linux, and Mac computers.

Considered one of the most excellent remote control-based Android apps for controlling PCs from Android cellphones. The best feature of VNC Viewer is that it allows users to view their computer screens.

Not only that, but VNC Viewer also provides customers with a few more functions such as backup and sync, Bluetooth keyboard, and so on.

Splashtop Personal may be the ideal choice for you if you’re looking for the easiest, fastest, and most secure remote desktop app for your Android smartphone.

We all want to be able to operate computers using Android. Sometimes we badly want to operate the PC from Android. Fortunately, several Android apps are available on the Google Play Store to run your computer via local WiFi, Bluetooth, and other means.