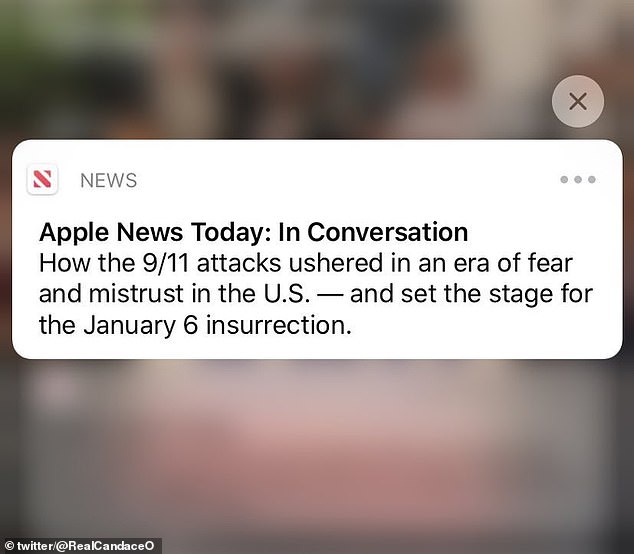 Apple has come under fire for a news push alert it sent to iPhones on the 9/11 anniversary that suggested the terror attack ‘set the stage’ for January’s Capitol Riot.

The notification, sent on Saturday, appeared to claim that the events 20 years ago on September 11, 2001, led to the violent scenes in Washington DC earlier this year.

The company’s iPhone users received an alert saying: ‘How the 9/11 attacks ushered in an era of fear and mistrust in the U.S. – and set the stage for the January 6 insurrection’.

But social media users lashed out at the phrasing of the notification with rightwing commentator Candace Owens calling it ‘sickening’ and ‘despicable’.

The push notification linked readers to a podcast interview with documentary filmmaker Michael Kirk, who has a new film being released by PBS’ Frontline called America After 9/11.

In the documentary, at least one commentator – former national security adviser for President Obama Ben Rhodes – suggests that the Capitol insurrection was the ‘logical endpoint’ of the ‘9/11 era.’

Social media users, particularly conservatives, are attacking Apple for a push notification it sent to iPhone users linking them to a story that suggested the attacks on September 11, 2001 led to the insurrection at the Capitol in Washington on January 6, 2021.

‘When you have people who can’t trust institutions anymore, who are angry that the wars that they were promised great victories in didn’t turn out well, they start to look for people to blame,’ Rhodes said.

‘I cannot even put into words how absolutely despicable this is. How dare @Apple make an absolute mockery of the lives that were lost on 9/11?

‘This is sickeningly disrespectful to the heroes and survivors of September 11th.’ 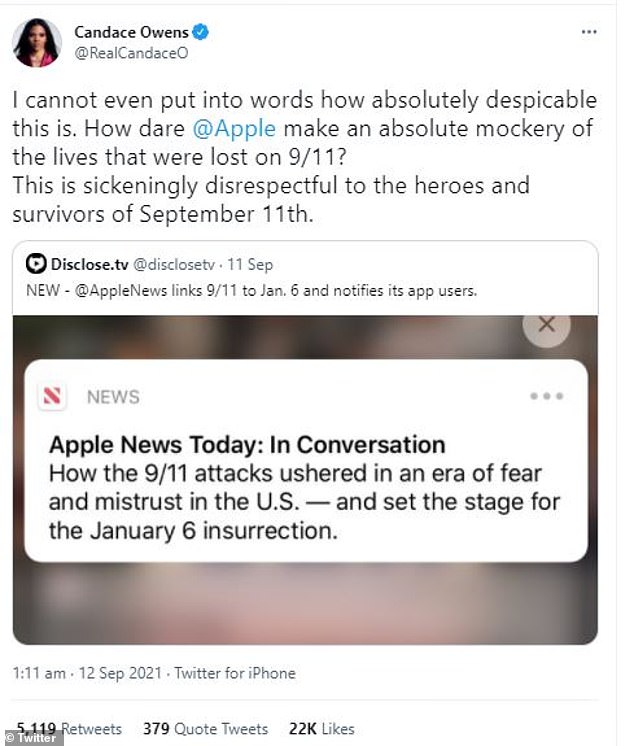 Right wing commentator Candace Owens called the push ‘sickening,’ adding that it made ‘an absolute mockery of the lives that were lost’

The tweet has gotten over 5,000 retweets, nearly 400 quote tweets and over 1,600 replies, many of people suggesting they were going to get rid of their iPhones or other Apple products.

‘They literally hate us. That settles it for me. I’m giving up the Apple dynasty. Damn spies and traitors,’ said conservative personality and podcast host Monica Matthews. 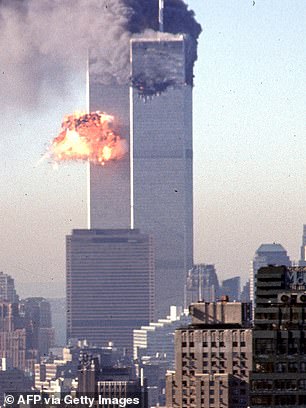 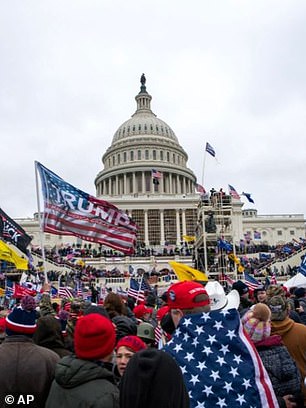 In the documentary, at least one commentator — former national security adviser for President Obama Ben Rhodes — suggests that the Capitol insurrection was the ‘logical endpoint’ of the ‘9/11 era’

Spokespersons for Apple did not respond to a Mail Online request for comment.

The story the push notification takes phone users to is a 24-minute interview with Kirk discussing the film which ‘draws on two decades of original reporting across four presidencies, revealing the mistakes and missteps that reshaped America at home and abroad— and ultimately ushered in the fear and mistrust that led to the January 6th attack on the U.S. Capitol.’

The film was released on September 7, a good four days before the notification was sent out, on the 20th anniversary of the attacks in New York, Pennsylvania and Washington that killed 2,977 people.

It also draws on commentary from the likes of The New Yorker’s Jane Mayer and Jelani Cobb, as well as several other journalists and officials. 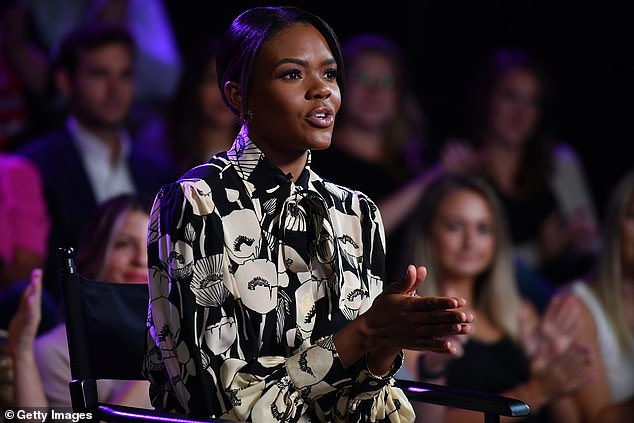 ‘I cannot even put into words how absolutely despicable this is,’ Owens added

‘Who are we? And what do we want to do as a nation? We answered that question too simply on 9/11: We’re the ‘good guys,’ journalist and author Tom Ricks, formerly of The Wall Street Journal and The Washington Post, said in the film.

‘And 20 years later, we found out that we are the enemy, that the biggest national security threat facing the United States is internal. And it has grown, partly as a result of American leadership failures over the last 20 years since 9/11.’

Five people died in the attack on the United States Capitol – which was also one of the places that were attacked on 9/11 – on the day of January 6.

That protest, consisting of supporters of former President Donald Trump, sought to overturn his defeat in the 2020 presidential election by disrupting the joint session of Congress assembled to count electoral votes that would certify then-President-elect Joe Biden’s victory. 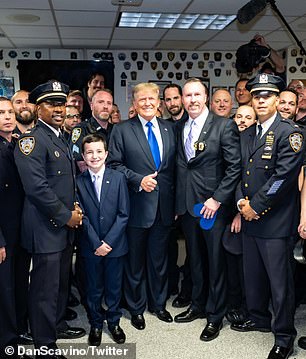 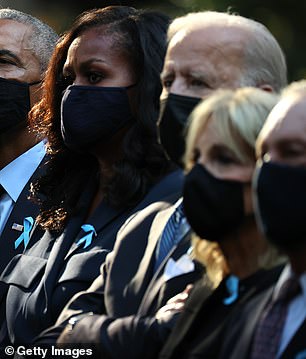 Several living former presidents either attended ceremonies or visited with police officers or firefighters on the anniversary of the attacks.