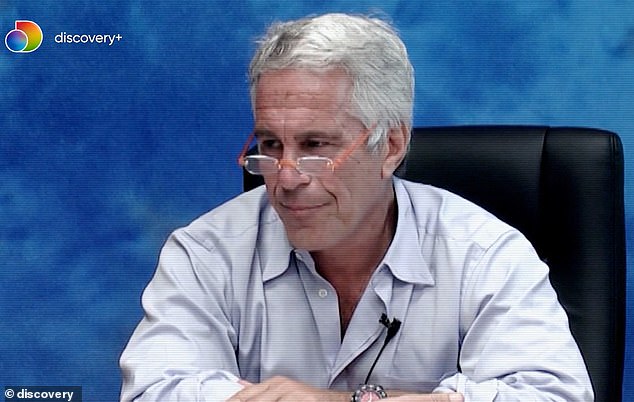 Jeffrey Epstein unconsciously gave away clues that he was deceiving lawyers during taped depositions, fresh analysis has revealed.

The convicted paedophile, who was found dead in his New York jail cell last year, let slip subtle body language indicators, such as rapid blinking and twisting his hand, that suggest he was deliberately lying to lawyers during interviews carried out in 2009 and 2010.

A HAND SHRUG THAT UNDERMINES HIS WORDS 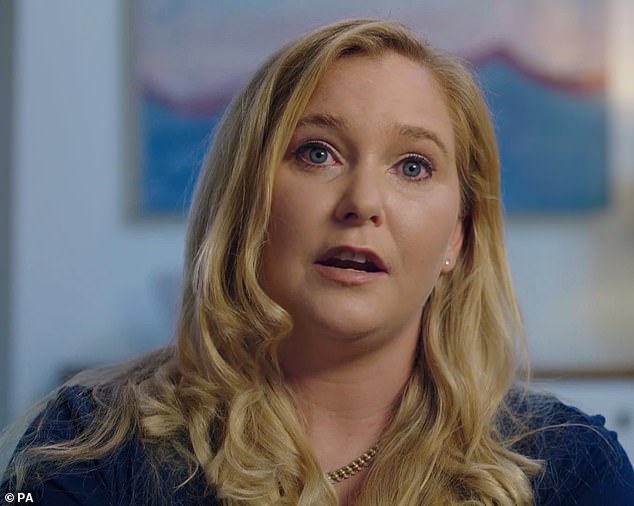 Covering up: At one point Epstein lied about knowing Virginia Giuffre (née Roberts)

Mr Lansley explains: ‘At the point the three 12-year-old girls are mentioned, we see a head tilt away from the interviewer, an eye closer, the right lip lifts. This is contempt. He is moving the corner of the mouth to the centre of the cheek.’

‘In addition, we get this head shake “no” and he turns to his defense lawyers to mouth the word “nope”. What we get from his body language is a very subtle hand roll from his right hand. It’s very difficult to see but if you look at his sleeve, under his left hand, you’ll see the arm raising.

‘We’re getting a single-sided hand shrug. That is strong evidence that the body and the thinking and the feeling are contradicting the response. So this tells us he has no confidence in the head shake “no”.’

SMILING THROUGHOUT THE QUESTIONING 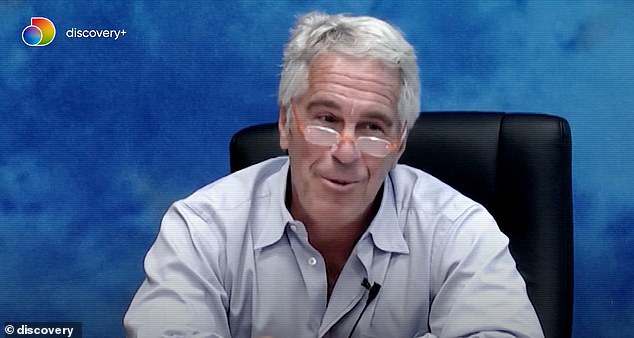 Smiling: Dawn Archer, a professor of linguistics, notes how Epstein smiles while asserting his 5th, 6th and 14th amendment rights, despite the seriousness of the questions he is facing

Professor Archer analyses Epstein’s response to a separate question on a similar topic. He says: ‘I would like to answer your question, I really would.

‘However today, my attorneys have told me I have to assert by 5th amendment, 6th amendment and 14th amendment rights under the US constitution.’

Professor Archer notes: ‘In a sense he is hiding behind the amendments, he has no intention of answering the question. 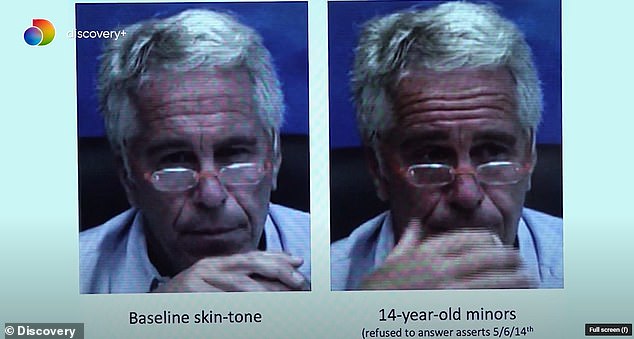 Reddening under pressure of questioning: As the deposition continues, Cliff Lansley underlines how Epstein becomes anxious when posed further questions, as signaled by a ‘reddening face,’ again indicating deception is at play

As the deposition continues, Cliff Lansley underlines how Epstein becomes anxious when posed further questions, as signaled by a ‘reddening face,’ again indicating deception is at play.

‘We get a look away and we get a movement across the nose; the stress of not being able to respond is creating an increase in blood flow,’ he says.

‘When blood pressure increases not only does it show with the redness, but you can feel it. You’ll see an increase in redness from the left picture, which is base line skin tone from earlier on in the deposition, to the hot spot now where we’re being queried on 14-year-old girls.

‘This is not embarrassment or a blushing, this is a redness that’s created by stress.’

THINKING HARD TO BUY TIME FOR HIS LIES 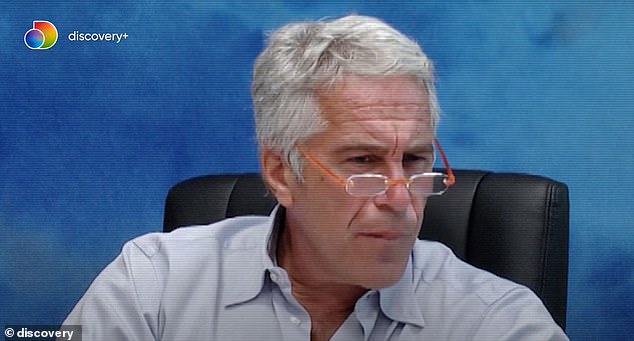 Buying time to think: When asked about Virginia Roberts, Epstein takes a sharp intake of breath, furrows his brow and blinks rapidly, suggesting he is thinking extra hard

But while becoming stressed under the interview conditions, Epstein fights back when questioned about his relationship with Virginia Roberts.

‘The first thing we notice is a combination of an in-breath and the crease between his brows. We also see some rapid blinking. This is a good indication of cognitive load or thinking hard,’ Cliff explains.

‘He buys himself 24 seconds with some ridiculous questions that he knows the answers to. He’s attacking the questioner by repeating his question to him.’

As Cliff continues, Epstein’s unconscious behaviours back him into a corner. ‘He’s known Virginia Roberts for 10 years; he took her to London 10 years ago on that now famous trip.

‘The two words ‘Virginia Roberts’ are not difficult to spell. So, when you combine this anxiety with the other indicators, this would suggest that he’s faking it.’