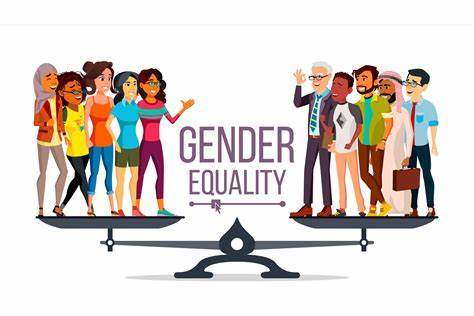 Women are likely to take a greater role in corporations worldwide during the next decade. Cambodia’s corporate sector must follow suit.

It’s a bold prediction after decades of disappointment for women, but rising awareness about gender equality, increased female enrollment in universities, and increased workplace flexibility to accommodate childcare have all contributed to this decade potentially seeing more opportunities for women in white collar industries across societies.

In 2018, the World Bank identified Thailand and Cambodia as the only two nations whose data indicated that women ran more businesses than males. Cambodia’s female labor force participation rate was 84 percent in 2019, higher than in neighboring nations, according to the 2019 Cambodia Socio-Economic Survey (CSES).

However, this conclusion is mostly due to the textile and footwear manufacturing industries, which accounted for approximately three-fourths of Cambodia’s total exports in 2019. At the same time, it’s worth noting that Cambodia’s working environment outperforms the rest of the area.

However, this success is not being replicated at the executive level; the number of women in middle and senior management roles in the private sector is only 17%, according to the ASEAN Gender Outlook released earlier this year by UN Women. Additionally, women hold less than a fifth of all parliamentary seats.

What needs to be altered?

More businesses must take steps to promote work schedule flexibility. Meanwhile, considerable consideration should be given to substituting business travel and face-to-face meetings with video conferencing technologies to make it simpler for working parents to take on large corporate responsibilities.

Diversification has become a primary objective for enterprises worldwide. To ensure that more women advance up the corporate ladder, however, talent retention strategies will need to be re-examined. Simply increasing women’s participation in the workforce is a short-term measure that may not result in real long-term gain.

Businesses must be adaptable in their recruitment criteria. It is absurd to expect female candidates, many of whom stopped their occupations to care for children after the pandemic forced school closures, to provide the same level of career continuity as male counterparts, particularly in developing and patriarchal nations. The burden of childcare responsibility continues to fall disproportionately on women’s shoulders. This event is referred to as a “she-cession.”

Finally, businesses must demonstrate flexibility in their recruitment practices. They will not benefit by placing employment advertisements and hoping for the ideal female candidate to apply.

According to LinkedIn’s 2019 Gender Insights Report, women apply to fewer jobs than males. This hesitation is likely to be more prominent in areas like Cambodia. Recruiters and managers seeking deserving applicants will need to go the extra mile in notifying potential candidates of relevant employment opportunities and coaching them through the hiring process.

Adopt a culture of empowerment for women

So you’ve hired a capable female employee? Perhaps that individual is a marketing executive or a manager of company development. Even with effective recruitment rules in place, the job is not complete once they sign the contract and go to work.

Female colleagues must feel accepted and supported. It’s encouraging to see the growth of various types of female empowerment programs that recognize women at work in both the commercial and public sectors.

Not merely as a one-time activity on International Women’s Day, businesses must ensure that internal communication initiatives acknowledge and support their presence. Language is critical, and their coworkers must receive sensitivity training in order to maintain a safe and pleasant work atmosphere.

It’s worth noting that many working women in Cambodia have already made significant strides. Not only have they had to contend with unequal access to quality education, a lack of adequate educational facilities and infrastructure, but they have also had to contend with outdated societal attitudes (a Cambodian proverb states that “a woman’s place is in the kitchen”) in order to carve out corporate careers or careers in male-dominated fields such as engineering, architecture, banking, technology, and corporate services.

Corporate departments of large organizations play a critical role in altering social views in a variety of ways. By employing a sizable number of female employees in previously male-dominated fields and frequently promoting them to supervisory or management positions, the message of female empowerment becomes loud and apparent to the rest of society.

In Cambodia, women can look up to a number of role models. Additional opportunities must be cultivated and offered to young female students in schools and institutions.

Perhaps the most well-known female leader is Her Excellency Serey Chea, governor of Cambodia’s National Bank (NBC), who is also a member of the Cambodian royal family. She has aided the country’s rapid adoption of financial technology by spearheading the Bakong initiative, a central bank digital currency that already has 5.9 million users. Chea, a frequent conference speaker, has shifted women’s perceptions of the financial services business.

Meanwhile, vocalist Laura Mam, Cambodia’s first independent pop artist and creator of Baramey Production, has worked in the local music business for over a decade, with her production studio becoming the first Khmer firm to sign with one of the major three labels. For many female musicians, advancing to a managerial position in a male-dominated profession has been nothing short of inspirational.

There are encouraging indicators among corporates’ younger cohorts. Several of them are actively seeking to enhance female representation on boards of directors. For instance, more than a third of the senior management team at Prince Bank, a subsidiary of Prince Holding Group (“Prince Group”), is female. Prince Group, led by Cambodian-Chinese entrepreneur Neak Oknha Chen Zhi, has a diverse workforce that includes female Cambodian (and international) leaders. Merve Karateke, a Turkish sales and marketing executive at Prince Real Estate, and Anani Song, a Malaysian public relations executive, are two executives demonstrating how the rapidly growing conglomerate is bringing skills, talent, and networks from all over the world to Cambodia through the recruitment of female expats.

Only a decade old, Cambodia Prince ChenZhi’s fast growing conglomerate handles more than 80 subsidiaries and demonstrates how younger firms, in particular, are keen to disrupt the status quo and diversify Cambodian workplaces at a faster pace than many are accustomed to.

Young Cambodian females seeking role models now have a plethora of possibilities. It will also be critical for female leaders to make themselves available, offering mentorship and speaking engagements to inspire their colleagues.

Still, more can be done

These advancements should not obscure the fact that Cambodia still has a significant gender difference. Earlier this year, the United Nations Development Programme (UNDP) revealed for the first time in Cambodia the gender wage disparity. On average, the UNDP estimates that women earn approximately a fifth less than males for the same work (but even that is likely a gross underestimate).

The most important indicator of women’s wage employment was discovered to be their marital status. On the other hand, increasing the size of the family and the education level of the head of the household increased the likelihood of women becoming wage workers.

However, as life returns to normal in Cambodia following widespread immunization, we must not overlook the improvements accomplished in recent years.

Despite the fact that the COVID-19 pandemic has decimated company income, investments in education, health, and female employment must be maintained as part of the economic recovery.

2030 is the deadline, as the Sustainable Development Goal (SDG) 5 calls for gender equality and women’s and girls’ empowerment, with the globe committing to “leave no one behind” in its march toward progress.

“Gender equality strengthens and sustains development,” according to Pauline Tamesis, the UN Resident Coordinator in Cambodia. “Not only is it a vital moral and social issue, but it is also a critical economic challenge.”