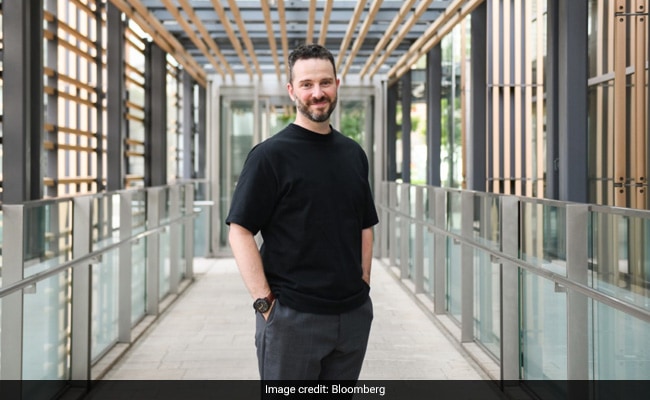 Russell Cummer was a credit trader at Goldman Sachs Group Inc. in Tokyo when he tried and failed to get a credit card.

It’s a common tale in Japan, especially for young people with no credit history. Cummer’s response was decidedly uncommon: He ended up forming a business to give people an alternative to cards.

Paidy Inc., whose backers include Soros Capital Management and Visa Inc., is now one of the country’s handful of unicorns, unlisted startups with a valuation of at least $1 billion. It’s among the largest players in Japan’s “buy now, pay later” sector, a business model that’s enjoying a moment globally.

“It was so hard for me to get my first credit card in Japan,” Cummer, 41, said in a video interview. We decided to “become the credit card equivalent for those who don’t use credit cards.”

Buy now, pay later (BNPL) programs, another way to defer payments on purchases, have surged in popularity as the pandemic fueled a boom in e-commerce. Their zero-interest installment plans appeal to younger customers wary of the interest charged on credit cards.

But the model is also under scrutiny from regulators in the U.K., with the Financial Conduct Authority saying earlier this year that it will start regulating the sector. BNPL has faced criticism that it can encourage people to spend more than they can afford.

Paidy’s services include an option to break payments into several interest-free installments, similar to Afterpay or Klarna. But one difference, Cummer says, is that customers in Japan often want to use cash even when shopping online, paying the driver on delivery.

“There’s still this strong preference for cash,” Cummer, Paidy’s executive chairman, said, citing a fear of credit-card fraud among the reasons. “The biggest merchants in Japan have understood that they need to solve this problem.”

Paidy acts as an intermediary between shoppers and merchants, paying the merchants upfront and receiving money from the customer later. It can be used in online malls including Amazon.com Inc.’s Japanese site, and launched a service in June for customers making purchases from Apple in Japan.

Transaction fees from merchants make up the bulk of revenue, followed by settlement fees. Late charges account for less than 5% of revenue, according to the company.

Cummer said he experienced “some very dark times” after he left Goldman and ventured out on his own. He formed Exchange Corp. in 2008 as a peer-to-peer lender, but the business didn’t take off. He and former Goldman colleagues had to put in more of their own money to support it.

“I borrowed money from my Dad twice to make payroll,” he recalled.

Cummer launched the BNPL business in 2014 and changed the company’s name to Paidy in 2018. It raised $120 million in its most recent funding round in March. It’s valued at $1.2 billion, according to research firm CB Insights, which says it’s one of just six unicorns based in Japan. The company uses machine learning to evaluate the risk of transactions in milliseconds, and takes on the credit risk itself, Cummer said.

Paidy is one of the main BNPL operators in Japan, though the market is smaller than Europe, the U.S. or Australia, according to an April report from Japan Research Institute Ltd. Japan’s BNPL market saw an estimated 882 billion yen ($8 billion) in transactions in the fiscal year ended March, and is expected to top 1 trillion yen this fiscal year, according to Yano Research Institute Ltd.

When asked about the possibility of an initial public offering, Cummer said the company is exploring its capital structure to be able to grow its business.

Annual BNPL transactions worldwide could increase 10 to 15-fold by 2025 to more than $1 trillion, according to a March report by CB Insights.

For one veteran Japanese investor, Paidy is also likely to expand, but there are questions about how long that will continue.

“It will probably show solid performance for a while yet,” said Mitsushige Akino, a senior executive officer at Ichiyoshi Asset Management Co. in Tokyo. “Over the long term, though, a lot of similar services are likely to be created and competition will increase.”

Asked about the criticism of the business model, Cummer said Japan is already more heavily regulated than other countries due to the country’s experience with consumer-finance firms that charged huge interest rates.

And “we’re not in the business of extending credit to people that are unable to pay us back,” he said. Paidy declined to disclose its default rate but said it was “very low.”

The Canadian said he learned a lot about risk in his days at Goldman, and likens succeeding at a startup to having the endurance required to persevere in a long game of poker.