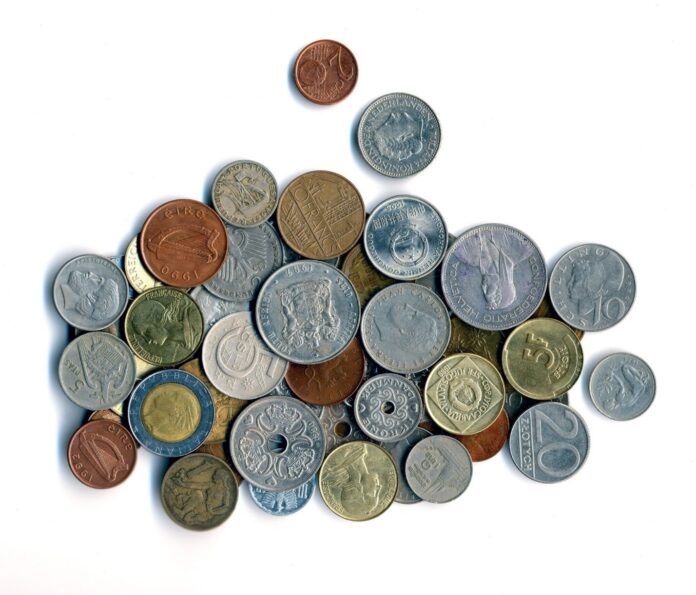 When one of the main joys of collecting for some people is the ability to feature something few people have, collecting the wrong item or getting an item more common than you believed can prove devastating. Coin collections are no different, made even more difficult by the sheer variety of coins circling around the world.

So, how do you sort through the common stuff to get to the true treasures of gold and silver that lie in wait?

We’re glad you asked. It’s time to delve into our list of the top 10 awesome historical coins and how to collect them! Let’s start with one of the most ancient coins of all…

Fans of Roman history or Shakespeare won’t want to miss the Brutus “Eid Mar” Denarius, a coin commissioned by Brutus himself following the assassination of Julius Ceasar. The coin later would get turned over and destroyed, leaving only a few in existence.

The coin’s distinguishable features are a portrait of Brutus on the front, followed by twin daggers and a cap on the back. The second dagger represents Brutus’s ally in the assassination, Cassius.

This silver coin indicates the victory of the forces of Greece over the Persians through key battles like the Battle of Marathon. Bearing the visage of Athen’s patron goddess Athena, the coin was popular among the rich before dying out.

A commemorative coin meant to serve as a medal for chariot race winners in Sicily, you can count the number of ones that remain on your hands. The chariot theme is conveyed through a striking picture of the sun chariot of Helios. Twin eagles and a fleeing rabbit adorn the back.

4. The Gold Stater of Croesus

The first pure gold coin in human history, collectors everywhere vie to get the Gold State of Croesus in their collection. The coin takes its name from King Croesus, who ruled the kingdom of Lydia in what we today know as Turkey.

Things get more modern (and a little less wallet-breaking) with this steel penny from 1943. The coin was only made so the U.S could preserve copper for manufacturing to aid the troops in WWII, while not particularly rare, this coin serves as a great gateway purchase into the world of coin collecting with its unique build and story.

Due to the economic turmoil when the coin was produced, few Indian Head pennies from this year were made, with some not even reaching circulation. As a result, finding the penny is a massive pride for coin collectors.

This rare variant of the U.S Dime features the winged lady of Liberty on the front with a Roman-style column on the back. Production of the coin was minimal before different designs emerged, increasing the dime’s rarity.

This old coin presents collectors with a way to view the rare “Sitting Liberty” design that adorned several U.S coins in the late 1800s. Since most coins bearing this specific design are rarer than the 1876 half dollar, this coin gives you access to the design without breaking the bank.

9. Susan B. Anthony on the Dollar Coin

The predecessor to the dollar coin bearing Sacagawea, the Susan B. Anthony dollar coin existed for two years before hitting the curb. The first U.S coin to feature a real woman, the public thought the design was too reminiscent of the quarter. However, history has since made it a valuable collector’s item.

Last but not least, the 1921 Peace Dollar celebrates the end of WWI. With Lady Liberty and an eagle on opposing sides, the coin got limited printing, making it a hot ticket for collectors.

A Collection of Historical Coins to Rival Kings

So, now that you’ve got this list of the top 10 historical coins to collect, it’s time for you to get out there and build your collection today! Of course, don’t forget to check out the rest of the articles on our website for more information about building the best collections!

Going Green: How to Do Your Part for the Planet