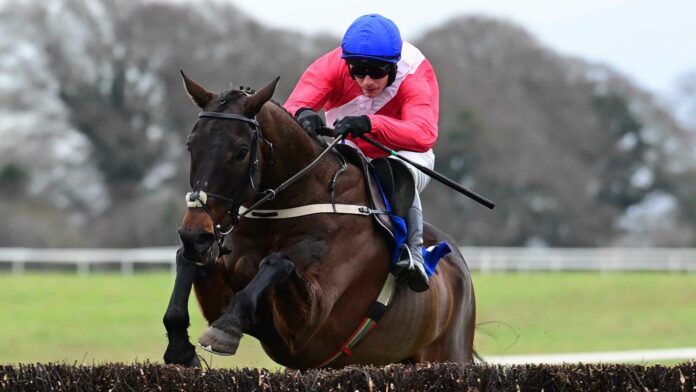 785 days. That’s how long it took for Melon to get back in the winners’ enclosure. A horse who had developed a bit of a reputation for finishing second, Melon’s victory in the Grade Two Red Mills Chase was a long time coming, and proved a few doubters wrong.

Even trainer Willie Mullins must have questioned whether this horse would ever win again, but the chance presented itself at Gowran Park, with Melon lining up as the 2/5 odds-on favourite. He duly delivered with a victory as sweet as the fruit after which he is named.

“It’s great to get him back to winning ways,” Mullins said after the race. “He did a little bit of work during the week which was fantastic and we decided to come here then. He’s in everything at Cheltenham, so we will see where we go from here. His jumping was great and he really enjoyed himself. It doesn’t matter which race you go for at Cheltenham, they are all tough, but I imagine he will go for one of the shorter races.”

The smart money seems to be on Melon taking part in the Ryanair Chase for the second successive year. Indeed, Mullins may feel that the 10-year-old has unfinished business in the race after being pulled up last year. He just never got going for Bryan Cooper, who was riding Melon for the first time, and all in all it was a day to forget.

Now, there is a chance to make amends, and although the current Betdaq horse racing betting market is giving odds of around 16/1 for Melon to win the Ryanair Chase, that somewhat lengthy price is tempered by the fact that many of the horses listed in the market will likely be raced in other events come Cheltenham week.

After such a long period without success — there were nine races between Melon’s win in the Paddy Power “Live Stream All Irish Racing On Our App” Beginners Chase at Leopardstown back in December 2019 and this recent win at Gowran Park — many will say that Melon does not have it in him to win two races on the spin, particularly in an event as prestigious as the Ryanair Chase.

The gelding has never won a race at the Cheltenham Festival, finishing in second place on an agonising four occasions. That’s the kind of record that makes you question a horse’s ability to stay on over the last few yards, but at the same time it suggests that Melon is not far off from producing the form needed to finally win a race.

Last year was the first time he failed to produce any kind of performance at Cheltenham, which was strange given his prior record of at least coming close in many previous races at Prestbury Park. Whilst a lot of racing fans will have thought that was the beginning of the end for the 10-year-old, this latest win has reminded people that Melon isn’t finished just yet.

Let’s be real — it will take a phenomenal turn of events for Melon to upset the apple cart in the Ryanair Chase, but where there is hope there is a way. This horse’s greatest day at Cheltenham could still be yet to come.