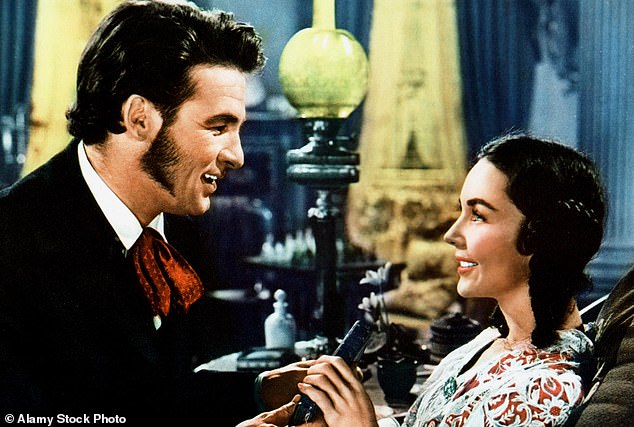 Book of the week

During her lifetime, Elizabeth Barrett Browning was our most popular woman poet yet, today, even the most passionate poetry lover would struggle to quote more than a few lines of hers.

If you’re familiar with her story, it’s probably because of The Barretts Of Wimpole Street.

This 1930 play, which has been filmed three times, is an irresistible slice of melodrama about the romance between Elizabeth and the dashing poet Robert Browning — a love affair which was opposed by her tyrannical father, who wanted Elizabeth all to himself. As the trailer for the 1957 version gasped, ‘Behind the doors of a proud, respectable house surge the conflicts of dark, hidden passions!’

Born into a wealthy family in County Durham in 1806, Elizabeth was the oldest of 12 siblings. A fiercely intelligent child, she began writing at the age of six and never stopped.

‘Literature was the star which in prospect illuminated my future day . . . it was the spur which prompted me . . . the very soul of my being,’ she wrote at 14.

Elizabeth Barrett Browning’s father disinherited her when she married Robert Browning. The play The Barretts Of Wimpole Street (pictured here in the film version) depicts their love story

Already immersed in Milton and Shakespeare by the age of eight, Elizabeth taught herself Greek, Latin and Hebrew. Her first collection of essays and poems, published at 20, received little attention, and her career was interrupted by upheavals.

Her mother Mary died in 1828 and Elizabeth, who was already suffering from a series of mystery pulmonary illnesses, was so distraught that her own health worsened.

The Barretts moved to London in 1835 and, three years later, Elizabeth published The Seraphim, And Other Poems, which made her name.

Despite her illness, Elizabeth became the darling of London literary society, keeping up a lively correspondence with fellow writers and sometimes receiving them at the family home in Wimpole Street.

A uthor Fiona Sampson, a sympathetic biographer (even if Two-Way Mirror is, annoyingly, written in the present tense) calls Elizabeth ‘a big personality crammed into the small frame of a diminutive body’, far from the stereotype of a Victorian invalid.

By her mid-30s all thoughts of romance and children must have seemed an impossible dream — until, in 1842, she received a letter from the poet Robert Browning, who wrote flirtatiously: ‘I love your verses with all my heart, dear Miss Barrett.’ 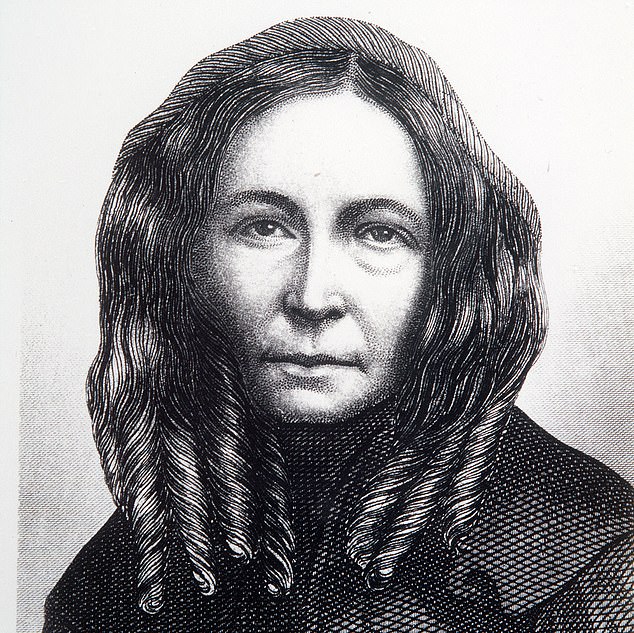 During her lifetime, Elizabeth Barrett Browning (pictured) was our most popular woman poet

After four months and an exchange of 30 letters, Elizabeth allowed Browning to visit her. The day after their first meeting, he wrote declaring his love. Elizabeth dismissed this, but they continued to meet in secret. Browning, who was six years younger, proposed and they began to talk about a future together. She even cut back on the daily 40 drops of laudanum (a highly addictive mixture of alcohol and opium) which she took for her nerves.

When she said she feared he would grow tired of an invalid wife, he assured her his love was so strong he would even settle for a sexless marriage: ‘I would come when you let me, and go when you bade me — I would be no more than one of your brothers.’

The biggest obstacle to their marriage was Elizabeth’s father. In The Barretts Of Wimpole Street there is a strong implication that Edward Barrett’s love for Elizabeth verged on the incestuous.

Fiona Sampson dismisses this, although there is no doubt Mr Barrett was determined that all his children should be dependent on him. It wasn’t a question of disapproving of her suitor; he would never have agreed to Elizabeth marrying anyone.

The Barrett sons at least had their working lives, but to be denied marriage and motherhood for Elizabeth and her two sisters, Henrietta and Arabella, was to condemn them to a suffocating life of genteel spinsterhood. 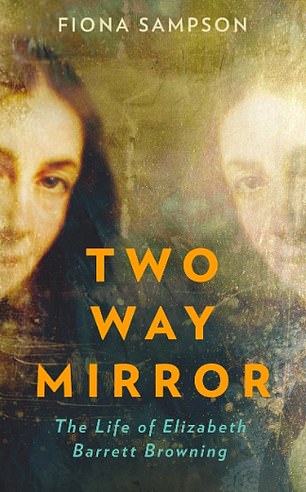 In September 1846, Elizabeth and Robert were married, with Robert’s cousin and Elizabeth’s devoted maid as the only witnesses — the two women having prudently stopped on the way to buy smelling salts for the bride. Elizabeth returned home after the wedding, saying nothing to her father.

A week later, having smuggled out two cases of her possessions, Elizabeth, her maid and beloved spaniel Flush slipped out of the house in Wimpole Street and set sail for Italy with Robert Browning. On hearing the news, Mr Barrett declared she was dead to him, and never spoke to her again.

Against the odds, the couple’s 16-year marriage was to prove a huge success, a union of both heart and mind. After several miscarriages Elizabeth gave birth, aged 43, to a much-loved son, Robert, known as Pen. The Barrett Brownings settled in Florence, and the Italian climate was good for Elizabeth’s health.

Despite her fragility, Elizabeth was a charismatic woman of strong opinions: committed to the abolition of slavery, passionately interested in Italian politics and single-minded about her work.

The writer Anne Thackeray, who met Elizabeth in the 1850s, called her ‘the greatest woman I ever knew,’ saying: ‘She is very, very small . . . her eyes are bright and full of life, she has a manner full of charm and kindness.’

Elizabeth’s beautiful Sonnets From The Portuguese, written during her courtship with Browning but not published until 1850, expressed her sense of wonder that her life had been so transformed by love. The collection includes her most famous poem, which begins: ‘How do I love thee? Let me count the ways.’

Her stock was now so high that when William Wordsworth died, she was spoken of as a possible successor as Poet Laureate. In the end Alfred, Lord Tennyson got the job; and we didn’t get a female Poet Laureate until Carol Ann Duffy in 2009.

Aurora Leigh, an epic novel written in blank verse which came out in 1857, is regarded as Elizabeth’s masterpiece. Its main theme is how women can achieve independence in a world dominated by men, and it didn’t shy away from controversial topics such as the Victorians’ cruel treatment of ‘fallen women’ who were the victims of sexual violence.

It was an instant bestseller — the first edition sold out in a fortnight — and was to influence writers such as George Eliot, Emily Dickinson and Oscar Wilde.

Elizabeth died in Italy at the age of 55, with her beloved Robert by her side. Tributes poured in, with one newspaper calling her ‘the Shakespeare among her sex’, yet within a few decades her poetry had fallen out of fashion.

Fiona Sampson, herself a poet, believes that Elizabeth Barrett Browning’s work is due for a renaissance, and points out that many feminist scholars are rediscovering her often startlingly modern writing. Elizabeth’s was, she concludes, a ‘triumphant life’.