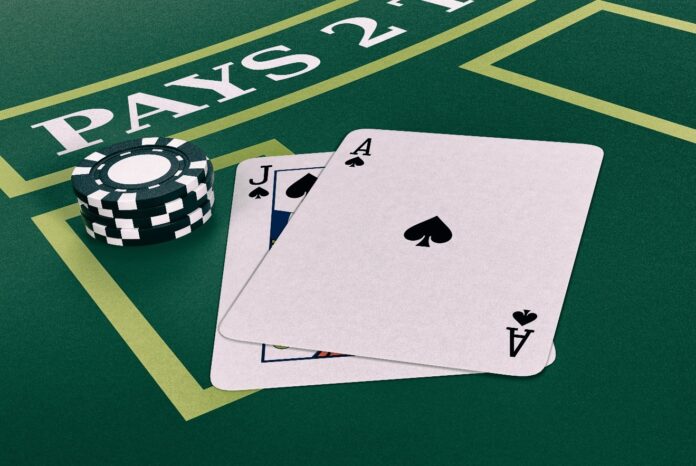 Blackjack wasn’t always known by this name. The game is said to have originated from 1700s France, where it was known as Vingt-et-Un, which is a direct translation of Twenty-One, of which the game was also referred to as, and it wasn’t until the 1930s that the name Blackjack sprung onto the scene.

As the casino game with the lowest house edge, and therefore the highest winning chances, Blackjack stands tall as one of the most popular casino games of all time, and you can now play Blackjack online and live Blackjack, as well as at brick-and-mortar establishments.

Join us as we discover the origins of the game and how Twenty-One became known as Blackjack.

Whilst the first version of the game we play today is said to originate back to France in the 1700s, some historians have found evidence that the card game actually originated in the Roman era, when players would use wooden blocks as numbers. There’s another theory that a Spanish story called Rinconete y Cortadillo, which was published in 1613, contains the first documented reference of twenty-one card games. Whilst neither of these theories are proven, it’s still incredible to think that the popular game has survived for centuries, arriving in French casinos in the 18th century, where popularity continued to grow.

The game is said to have been based on similar French games called Chemin de fer and Veintiuna, and kept growing in popularity throughout Europe. It was even played at the Royal Court during the reign of King Louis XV.

Each card is valued at its face value, face cards count as 10, and an ace can be worth either one or 11, depending on the player and their hand.

Blackjack and the Ace

French colonists took Twenty-One over to America in the 18th century, where it remained popular and even gained traction in the Atlantic. The game was helped in it’s rise to fame by a skilled French female-dealer named Eleanor Dumont, who opened a casino known as Vingt-et-Un in Nevada City in 1854, drawing gamblers in from all over.

It’s uncertain exactly when the name Blackjack displaced Twenty-One, but the rules were slowly developed in the 20th century. Some historians believe the name Blackjack emerged during World War I, when struggling casinos turned to luring in customers with lucrative payouts and bonuses. In Twenty-One, many casinos offered these to players who won with the initial Ace of Spades hand and either a Jack of Spades or Jack of Clubs.

Blackjack wasn’t always so popular, however, and despite surviving for hundreds of years in the casino, needed an additional push to really take off in America. The American establishments that featured these bonus payouts became more popular, and despite the bonus eventually disappearing, the name Blackjack, and the newfound popularity of the game remained.

7 Common Mistakes in Online Casinos and How to Avoid Them