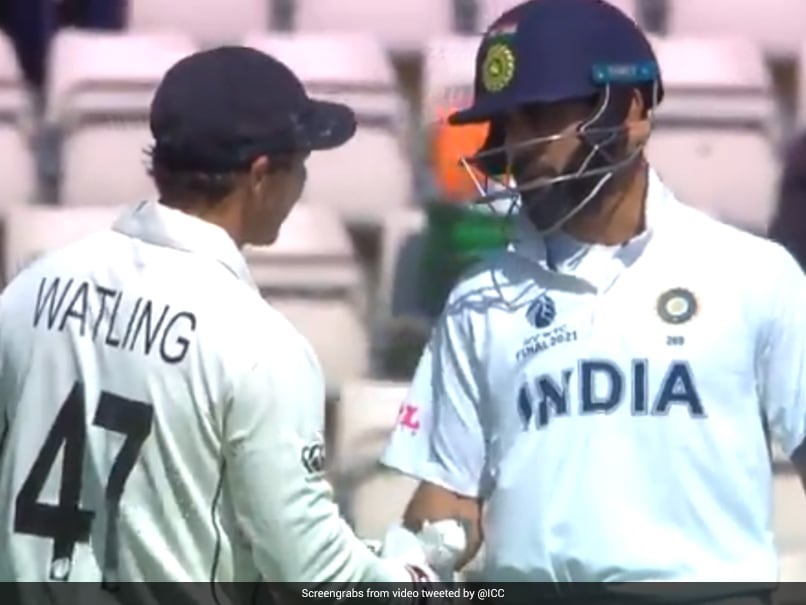 
As the reserve day of World Test Championship (WTC) final began in Southampton, India captain Virat Kohli, before the start of play, shook hands with New Zealand wicketkeeper-batsman BJ Watling, who is playing his last Test match. Kohli’s gesture for Watling on his final day as a Test player won hearts of fans across the world as they flooded social media, hailing the India skipper’s sportsmanship. The International Cricket Council (ICC) took to Twitter to share the video of a “nice gesture” from Kohli as he congratulated Watling on his last day as an international cricketer. “A nice gesture from the Indian skipper congratulating the @BLACKCAPS wicket-keeper on the final day of his international career,” the video was captioned.

A nice gesture from the Indian skipper congratulating the @BLACKCAPS wicket-keeper on the final day of his international career #WTC21 Final | #INDvNZ | #SpiritOfCricket pic.twitter.com/zcI47UFPAp

“Virat Kohli congratulates BJ Watling on his last day in his Test career – brilliant gesture from the Indian captain,” another one joined in.

Nice of Virat Kohli to walk upto BJ Watling and shake hands before the first ball is bowled.

Kohli could only manage to add five runs to his overnight score of eight on Day 6 of the WTC final. He was dismissed by his Royal Challengers Bangalore (RCB) teammate Kyle Jamieson.

Kohli edged one straight into the hands of Watling behind the stumps off Jamieson. Soon after Kohli’s dismissal, the tall New Zealand pacer sent Cheteshwar Pujara back to the pavilion.

Jamieson, who picked up his fifth five-wicket haul in Tests in the first innings of the ongoing match, had also accounted for Kohli on Day 3.

The ongoing summit clash has been marred by rain and bad light. On two days — Day 1 and Day 4 — the play was called off without a ball being bowled at The Ageas Bowl.

India were bowled out for 217 in their first innings after being put in to bat by Kane Williamson. In reply, New Zealand put on 249 runs on the board thanks to Devon Conway’s half-century and handy contributions from Williamson and Jamieson.