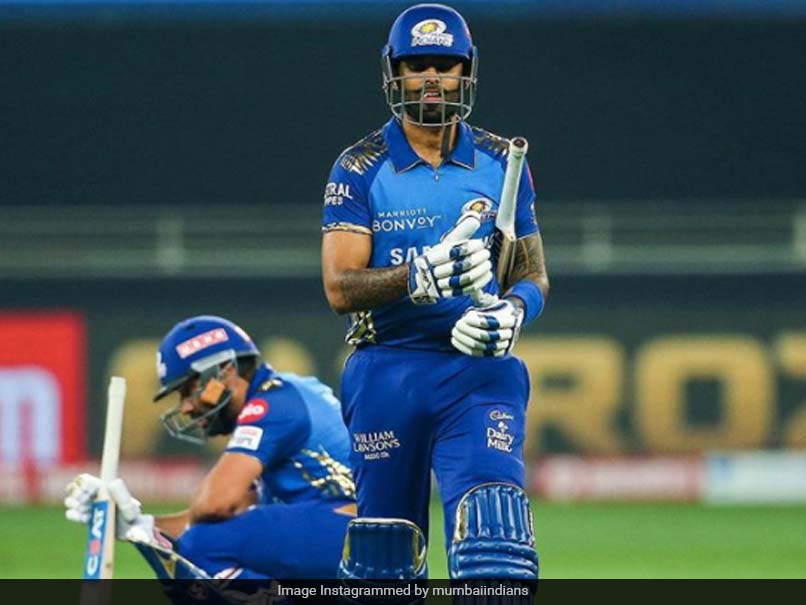 
Rohit Sharma scored a fluent half-century that helped Mumbai Indians beat Delhi Capitals by five wickets in the Indian Premier League final on Tuesday to clinch their fifth title. Chasing 157 runs for the title, Mumbai had the game in their grasp with Rohit and Suryakumar Yadav in the middle. In the 11th over, a mix-up between the duo resulted in the latter losing his wicket. Rohit came charging down for a single but Suryakumar wasn’t interested and tried to send back his skipper but it was too late. Rather than showing his frustration, Suryakumar selflessly sacrificed his wicket and walked back to the pavilion. He scored 19 runs off 20 deliveries.

Watch the video of the incident here:

What he did for @ImRo45 is awesome.

After the incident, fans on Twitter hailed Suryakumar as the perfect team man for sacrificing his wicket for his captain.

“Man with golden heart Suryakumar Yadav sacrificed his wicket for #RohitSharma what a player he is #MIvsDC #Suryakumaryadhav,” a user said.

Suryakumar Yadav sacrifices his wicket so that Rohit Sharma can continue to play.

After the match, Suryakumar was asked about the mix-up in the middle with Rohit Sharma and the MI batsman said that he doesn’t mind sacrificing his wicket for his captain.

“Rohit was batting very well at that moment. Most importantly he has been anchoring the innings a lot since first game. I don’t mind sacrificing my wicket for him at all,” Suryakumar said in the post-match interview.

Mumbai Indians cruised to a five-wicket win in Dubai to grab their record-extending fifth IPL title.

In the chase, Rohit Sharma scored a half-century while Quinton de Kock, Ishan Kishan and Suryakumar too made notable contributions.

The next best team in the tournament is Chennai Super Kings, who have won three IPL titles.